Number of migrant kids in largest US emergency shelter drops 40% 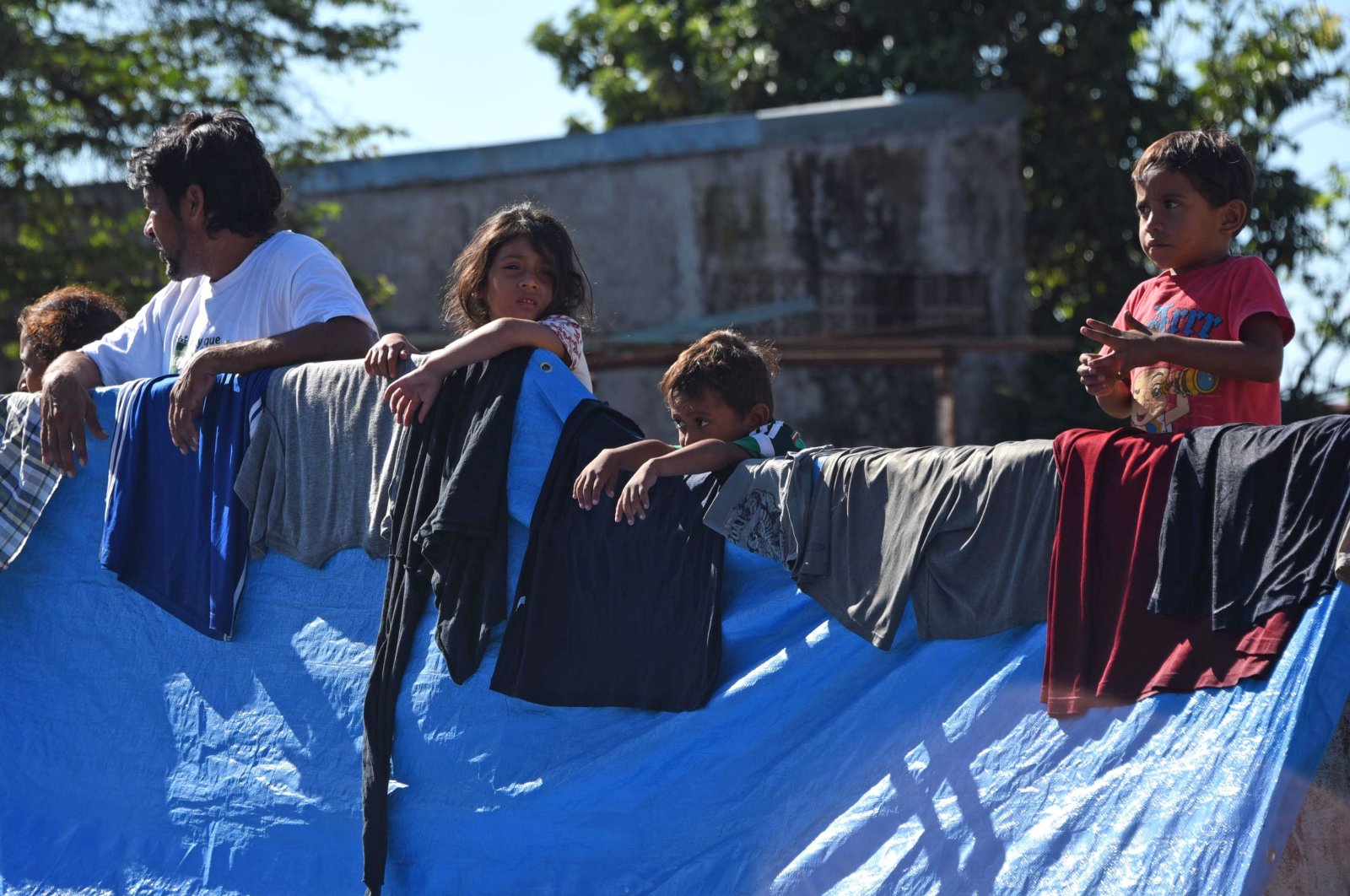 The number of migrant children housed at the Biden administration's largest emergency shelter for those who crossed the U.S.-Mexico border alone has dropped by more than 40% since mid-June, a top U.S. official said Monday, touting progress at the facility that has been criticized by child welfare advocates.

Health and Human Services Secretary Xavier Becerra told reporters that 790 boys were housed at Fort Bliss Army base in El Paso, Texas, and the last girl left Monday. All the girls were reunited either with relatives in the U.S. or a sponsor such as a family friend or sent to licensed facilities, which have a higher standard of care, according to the agency responsible for caring for migrant children.

In mid-June, the administration reported about 2,000 boys and girls were at the Fort Bliss facility amid child welfare advocates’ concerns about inadequate conditions. A high of 4,800 children were housed there in May.

Becerra said his agency was evaluating whether it can close some of the emergency shelters that the government opened in the spring as record numbers of unaccompanied children crossed the border. He declined to say whether Fort Bliss would be among them.

"Because we’ve been successful in managing the flow, we are prepared to begin the demobilization of several of our emergency intake sites,” Becerra said. He made his second visit to Fort Bliss since it opened in March and said more services and staffing have been added, including case managers who have helped get children released to relatives in the U.S. or placed in licensed facilities more quickly.

In transcripts of interviews done by attorneys and filed in federal court in Los Angeles last week, migrant children described their desperation to get out of Fort Bliss and the other large shelters set up by the Biden administration.

The children were interviewed from March to June by attorneys monitoring a longstanding settlement governing custody conditions for migrant children. Some of the children said they did not know if anyone was working to reunite them with their families, giving them anxiety.

Others did not have enough access to a mental health counselor, had trouble sleeping because lights were kept on at night and were avoiding meals because the food smelled foul. Several said they spent their days sleeping and had been in the facilities, like Fort Bliss, for more than a month.

Vice President Kamala Harris visited El Paso on Friday, and her spokesperson, Symone Sanders, told reporters that President Joe Biden has instructed Becerra to "do a thorough investigation” and report back about the conditions in the tent camp at Fort Bliss, which advocates have called particularly troubling.

A White House official said later Friday that conditions have improved, adding that Biden did not order a formal investigation request and that the agency was already looking into the facility. Shaw Drake, staff attorney and policy counsel for the American Civil Liberties Union of Texas, applauded the reduction in the number of children housed at Fort Bliss but questioned why it has taken this long to see real progress in releasing kids from the government's unlicensed shelters.

Drake praised the Biden administration for helping get children out of overcrowded holding facilities for adult migrants by opening more than dozen emergency shelters quickly. But he said "immediately after that, the focus should have been to reunify children with sponsors, and it seemed like that languished and left kids in places like Fort Bliss far too long." A rise in the number of migrant children crossing the southwest border alone has challenged the Biden administration.

The Department of Health and Human Services has more than 14,200 migrant children in its care, down from 22,000 two months ago. Becerra said more children are in licensed shelters now than unlicensed facilities, a reversal from a government report in May. He said officials are working to get more beds made available at licensed facilities.

"We have continued to expand our capacity, and as a result, we're able to discharge more of these children into the hands of a responsible, vetted custodian, which then frees up a bed for another child," he said. Despite the improvements, Becerra said the shelters are not a solution and urged Congress to fix what he called a broken immigration system.