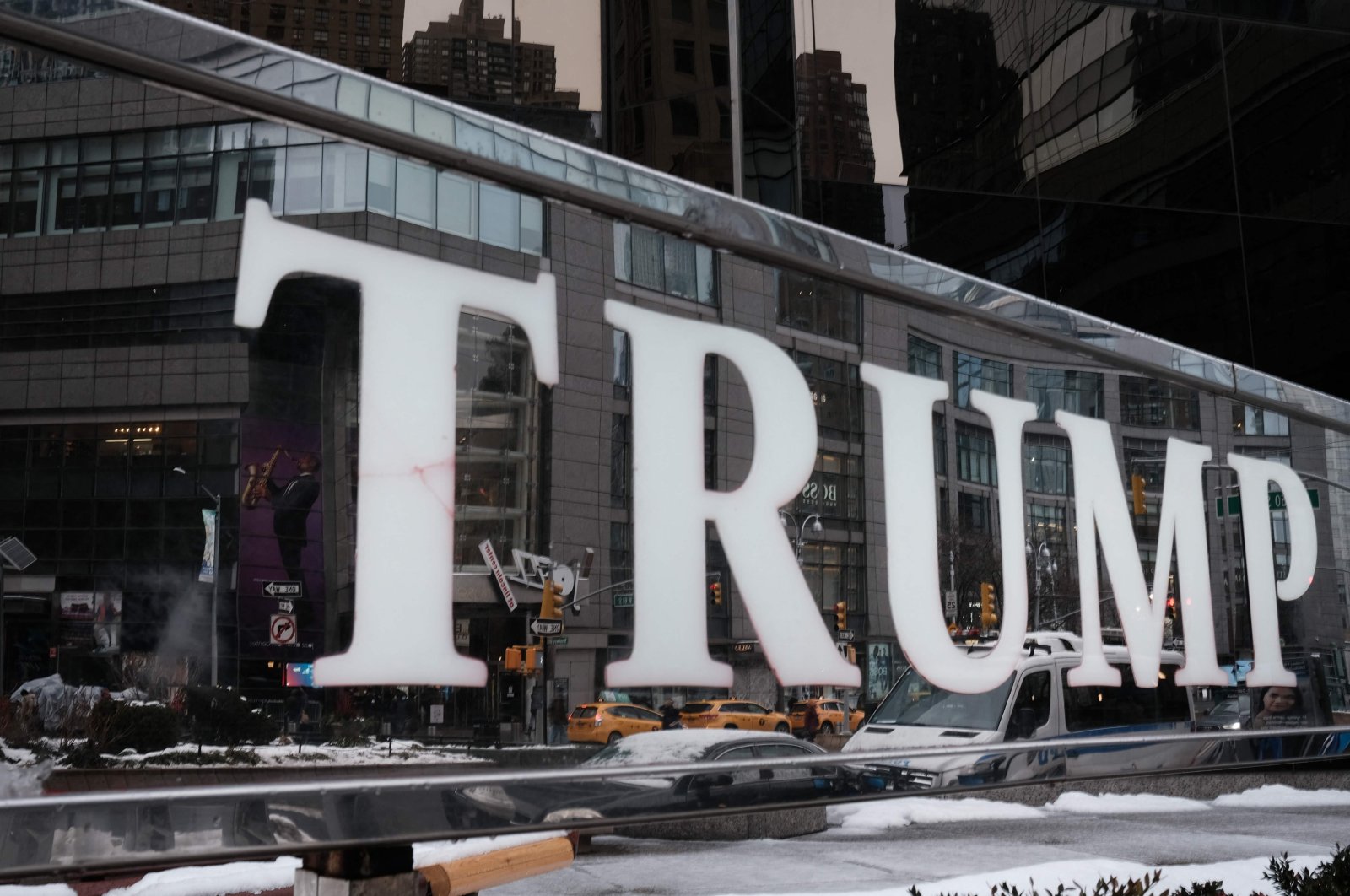 A sign for the Trump International Hotel stands in New York City as the impeachment trial of Donald Trump begins in Washington, D.C., U.S., February 9, 2021. (AFP Photo)
by REUTERS May 19, 2021 12:43 pm
RECOMMENDED

New York's attorney general's office has launched a criminal investigation into the Trump Organization as prosecutors advance their probe into the former U.S. president's business dealings.

The New York attorney general's office said on Tuesday it has now opened a criminal investigation into former President Donald Trump's company, increasing the legal risk for Trump and his family.

The latest announcement marked another escalation of the legal jeopardy Trump faces four months after leaving office, taking to three the number of known criminal investigations focusing on the former Republican president.

The Trump Organization, the former president's family-owned business, could not immediately be reached for comment. Trump has said that the investigation overseen by James, a Democrat, is politically motivated. James has been investigating whether the Trump Organization inflated the values of some properties to obtain better loans, and lowered their values to obtain property tax breaks.

Separately, Manhattan District Attorney Cyrus Vance has been investigating Trump’s pre-presidency business dealings for more than two years. Vance’s office has said in court filings it was investigating "possibly extensive and protracted criminal conduct" at the Trump Organization, including tax and insurance fraud and falsification of business records.

In February, prosecutors in Fulton County, Georgia, opened a criminal investigation into Trump's attempts to influence the state's 2020 election results, after he was recorded in a Jan. 2 phone call pressuring Georgia's secretary of state to overturn the outcome of voting based on unfounded claims of tampering. Vance's probe began after Trump's former lawyer and fixer Michael Cohen paid hush money to silence two women before the 2016 election about extramarital sexual encounters they claimed to have had with Trump.

James has said she opened her inquiry after Cohen testified before Congress that Trump's financial statements were manipulated to save money on loans or reduce his real estate taxes.

Cohen, who once said he would take a bullet for Trump, pleaded guilty in 2018 to campaign finance violations and other crimes and is currently serving his three-year sentence under home confinement.

"As more documents are reviewed by the NYAG and NYDA, it appears that the troubles for Donald Trump just keep on coming! Soon enough, Donald and Associates will be held responsible for their actions," Cohen said in a text message to Reuters on Tuesday night.

Two people familiar with Vance's probe have told Reuters that Cohen has been interviewed by the district attorney's investigators. Court records show that the New York attorney general and Manhattan district attorney investigations, while separate from one another, do overlap. Both are examining how the Trump Organization and its agents assessed the value of Seven Springs, a 212-acre estate north of Manhattan that Trump purchased in 1995.

Trump’s company has said the century-old, 50,000-square-foot (4,645-square-meter) mansion on the grounds was used as a Trump family retreat. Trump’s ambitions to build a championship golf course there were derailed by local opposition, and he shelved another plan to build luxury homes. But the property did become a vehicle for a tax break, according to property records and court filings.

In 2015, he signed a conservation easement – an agreement not to develop the property – covering 158 acres. The attorney general’s office said in a court filing that an appraiser hired by Trump before the conservation agreement set the property’s value at $56.5 million and the easement’s value at $21.1 million – an amount Trump claimed as an income tax deduction.