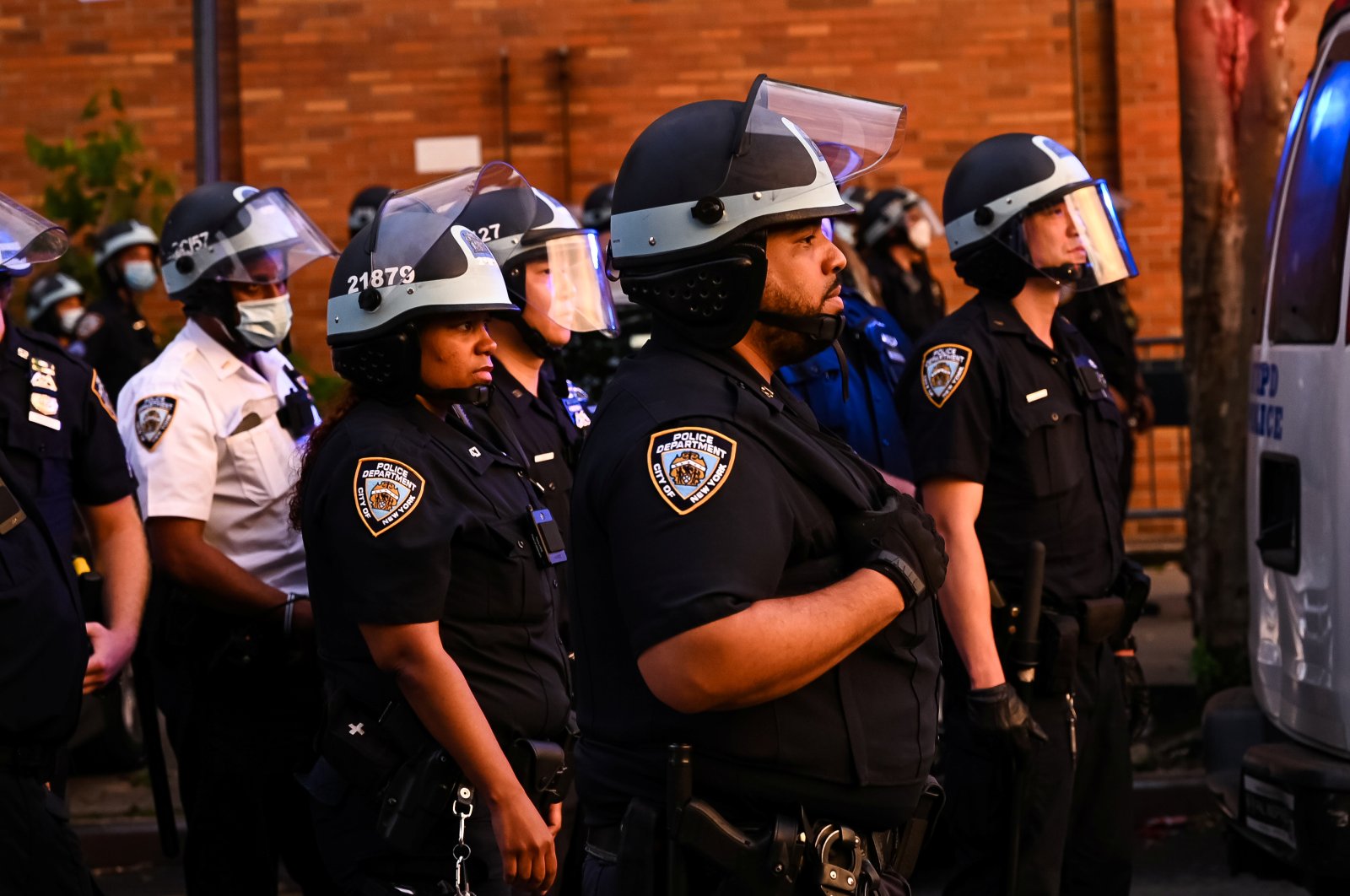 The NYPD watches as demonstrators protest against racial inequality in the aftermath of the death in Minneapolis police custody of George Floyd, in New York City, New York, U.S. June 11, 2020. (Reuters Photo)
by Compiled from Wire Services Jun 16, 2020 11:24 am
RECOMMENDED

The New York City Police Department said Tuesday it found no criminal behavior by the staff of burger chain Shake Shack after three officers complained of feeling ill and the police union reportedly alleged that their shakes may have been spiked with bleach.

"After a thorough investigation by the NYPD’s Manhattan South investigators, it has been determined that there was no criminality by Shake Shack’s employees," it said. Police were still investigating to determine whether the incident was "accidental or intentional in nature."

NBC reported Tuesday that members of the Bronx's 42nd Precinct had fallen sick after drinking about half of the shakes from the restaurant on Broadway and Fulton Street in downtown Manhattan while they were watching protests Monday night.

“The NYPD is investigating an incident tonight involving the poisoning of three uniformed officers at a Shake Shake on 200 Broadway Street in Manhattan,” NBC News investigative producer Tom Winter wrote on his Twitter account.

“They say the officers are expected to recover after ingesting the substance in their drink,” he added.

The three officers were taken to Bellevue Hospital and received medical treatment. According to media reports, they are in stable condition.

The Police Benevolent Association (PBA) of the City of New York, which represents over 50,000 active and retired New York City police, said the officers “discovered that a toxic substance, believed to be bleach, had been placed in their beverages.”

“When NYC police officers cannot even take a meal without coming under attack, it is clear that the environment in which we work has deteriorated to a critical level,” PBA President Patrick Lynch wrote.

Shake Shack said on Twitter it was horrified by reports that officers were unwell. Its staff was "working hard to get the full picture. In the meantime, we're relieved to hear the officers are all okay."

Like most U.S. cities, New York has experienced daily protests demanding racial justice since the May 25 killing of George Floyd, a black man who died in police custody in Minneapolis.