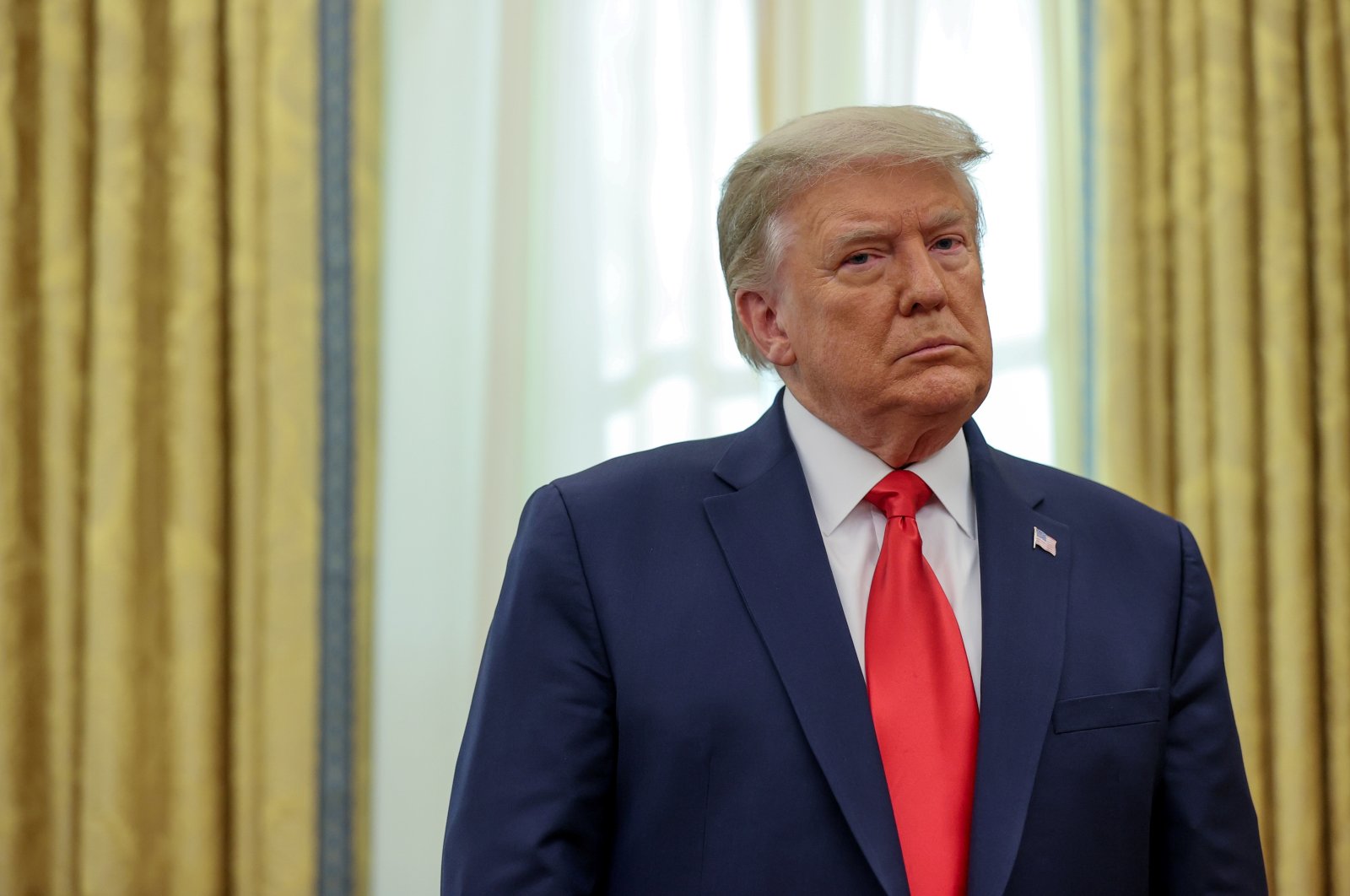 For a man obsessed with winning, President Donald Trump is losing a lot.

He’s managed to lose not just once to Democrat Joe Biden at the ballot box but over and over again in courts across the country in a futile attempt to stay in power. The Republican president and his allies continue to mount new cases, recycling the same baseless claims, even after Trump's own atorney general declared the Justice Department had uncovered no widespread fraud.

“This will continue to be a losing strategy, and in a way it’s even bad for him: He gets to re-lose the election numerous times,” said Kent Greenfield, a professor at Boston College Law School. “The depths of his petulance and narcissism continues to surprise me.”

In an Associated Press tally of roughly 50 cases brought by Trump’s campaign and his allies, more than 30 have been rejected or dropped. About a dozen are awaiting action. Trump has notched just one small victory, a case challenging a decision to move the deadline to provide missing proof of identification for certain absentee ballots and mail-in ballots in Pennsylvania.

Another legal blow came Thursday, the day after Trump posted a 46-minute speech to Facebook filled with conspiracies, misstatements and vows to keep up his fight to subvert the election.

In Wisconsin, a split state Supreme Court refused to hear Trump’s lawsuit seeking to disqualify more than 221,000 ballots in the state’s two biggest Democratic counties, alleging irregularities in the way absentee ballots were administered. The case echoed claims that were earlier rejected by election officials in those counties during a recount that barely affected Biden’s winning margin of about 20,700 votes. Trump filed a similar lawsuit in federal court late Wednesday.

Meanwhile, in Arizona, a judge heard arguments Thursday in a case contesting the election results brought by Arizona Republican Party Chair Kelli Ward. Ward’s lawyers say an inspection of 100 ballots found two problems: one person’s vote for Trump was ultimately recorded as a Biden vote and another person’s vote for Trump was canceled when the reproduced ballot contained votes for both the Republican incumbent and a write-in candidate.

Judges in battleground states have repeatedly swatted down legal challenges brought by the president and his allies. Trump’s legal team has vowed to take one Pennsylvania case to the U.S. Supreme Court even though it was rejected in a scathing ruling by a federal judge as well as an appeals court.

After recently being kicked off Trump’s legal team, conservative attorney Sidney Powell filed new lawsuits in Arizona and Wisconsin this week riddled with errors and wild conspiracies about election rigging. One of the plaintiffs named in the Wisconsin case said he never agreed to participate in the case and found out through social media that he had been included. The same lawsuit asks for 48 hours of security footage from the “TCF Center,” which is in Detroit.

The issues Trump’s campaign and its allies have raised are typical in every election: problems with signatures, secrecy envelopes and postmarks on mail-in ballots, as well as the potential for a small number of ballots miscast or lost. Election officials from both parties have said the election went well, and Attorney General William Barr told The Associated Press on Tuesday that the Justice Department uncovered no evidence of widespread voter fraud that could change the election’s outcome.

Trump’s lawyers responded by criticizing Barr, who has been one of the president’s biggest allies.

Greenfield says their criticism speaks volumes. “It goes to show how vehement their ability to overlook reality is,” he said.

Failing to gain any traction in court, Trump and his allies are now turning to events with Republican lawmakers and rallies in states like Pennsylvania, Georgia and Michigan where they can use unfounded claims of fraud to incite the president’s loyal base.

At a rally in Georgia on Wednesday, Powell and another pro-Trump attorney, Lin Wood, suggested that Republican voters sit out of the two January runoff elections that will decide control of the Senate because of the potential for fraud. And in Michigan, Rudy Giuliani, Trump’s personal lawyer, urged Republican activists to pressure, even threaten, the GOP-controlled Legislature to award the state’s 16 electoral votes to Trump despite Biden’s 154,000-vote victory.

In his video posted Wednesday, Trump said there were facts and evidence of a mass conspiracy created by Democrats to steal the election, a similar argument made by Giuliani and others before judges that has been largely unsuccessful. Most of their claims are rooted in conspiracy theories about voting machines that are not true, and affidavits by partisan poll watchers who claimed they didn’t get close enough to see ballots being tallied because of safety precautions in the coronavirus pandemic. Because they couldn’t see, they argued, something untoward must have happened.

“No, I didn’t hear any facts or evidence,” tweeted Pennsylvania Attorney General Josh Shapiro, a Democrat, after watching the video Wednesday night. “What I did hear was a sad Facebook rant from a man who lost an election.”