On camera: US cop dislocates shoulder of 73-old woman with dementia 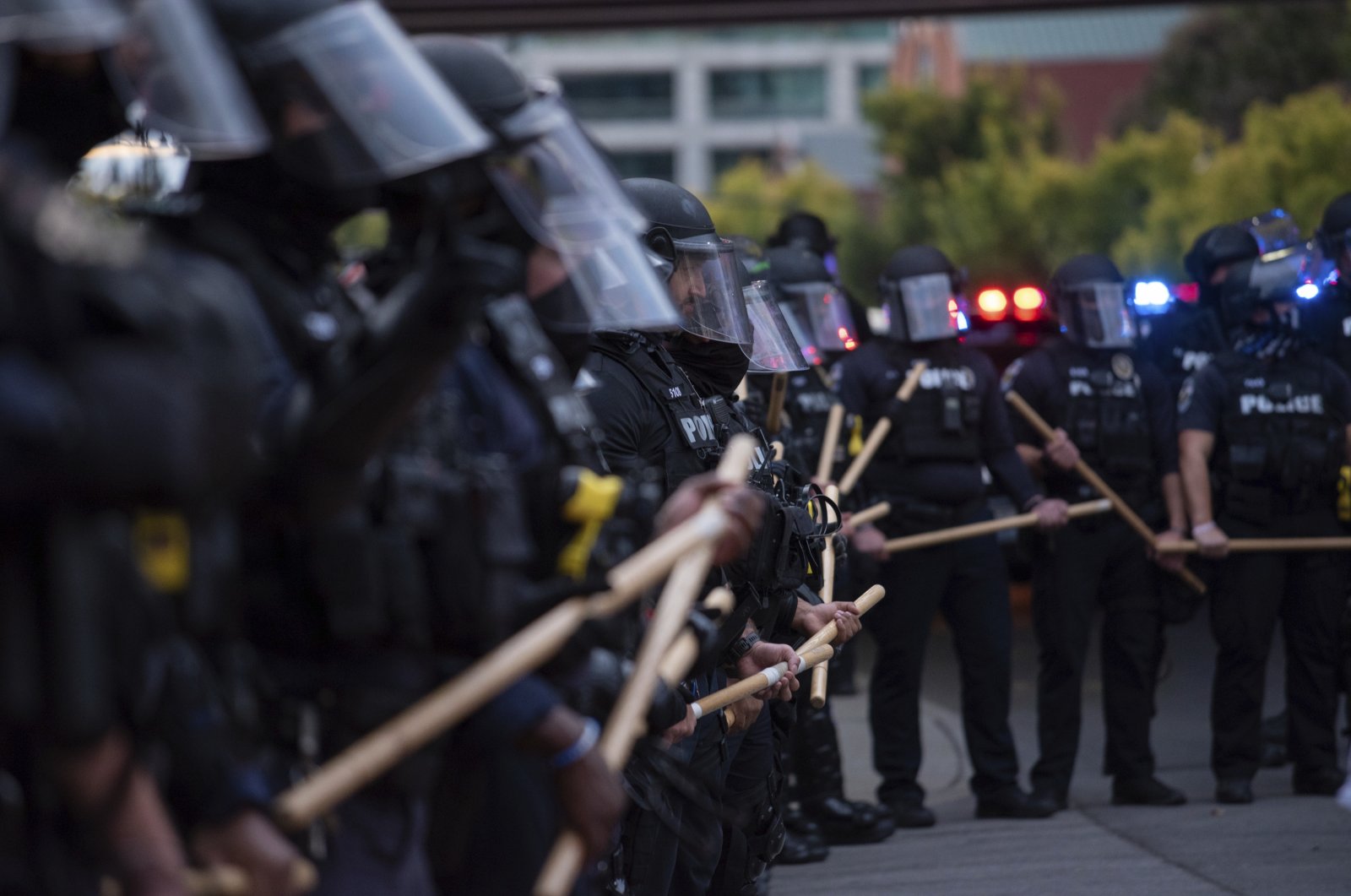 A newly released video footage exposing police brutality in the U.S. shows an officer apparently dislocating the shoulder of a 73-year-old woman with dementia while arresting her and seemingly aware that he had injured her in the process.

Officer Austin Hopp told his colleagues "ready for the pop?” as he showed them his body camera footage, according to police station surveillance video with enhanced audio that was made public Monday by the woman's lawyer.

He made the comment while showing the other officers the part of the arrest that shows Karen Garner being held against the hood of a patrol car in Loveland, about 50 miles (80 kilometers) north of Denver last year, her handcuffed left arm bent up behind her head. The body camera footage, which can be heard but not seen on the surveillance video, was also previously released by Garner's lawyer.

The videos plus a lawsuit filed against Hopp, other officers, and the city as investigations into the arrest came this month amid a national reckoning over the use of force by police against people – including those with mental and physical health conditions.

The surveillance video captured in the Loveland police station shows two other officers, one male and female, watching the footage with Hopp as he makes the "pop” comment. The female officer, who helped during the arrest and says "I hate this.”

The video then shows her pull her hat over her eyes while another male officer says, "I love it.”

Earlier in the surveillance video, before the officers watch the body camera footage, Hopp says Garner is "flexible” and says something else that’s inaudible. He then makes another reference to the popping sound, telling the female officer that "I was pushing, pushing, pushing. I hear – pop. I was like ‘oh no,’” he said. The female officer puts her head in her hands.

At the time, Garner was in a holding cell a few feet away, handcuffed to a bench. The federal lawsuit filed on her behalf earlier this month said she received no medical care for about six hours after she was taken to jail.

Later in the surveillance video, Hopp and the other male officer fist bump at the part of the body camera footage where Hopp dismisses the concerns of a man passing by the arrest scene who stops to object to how Hopp treated what the man thought was a child.

After watching that part of the body cam video a second time, the second officer who is recorded on the surveillance video reacts to the man who stopped at the arrest scene by saying: "What are you doing? Get out of here. This is none of your business."

Hopp arrested Garner in June 2020 after she allegedly left a store without paying for about $14 worth of items. His body camera footage shows Hopp catching up to her as she walks through a field along a road. She shrugs and turns away from him and he quickly grabs her arm and pushes her 80-pound (36-kilogram) body to the ground. She looks confused and repeatedly says, "I am going home.”

On the police station video, Hopp says he is a little worried that Garner is "like senile and stuff." Several times, he and the other officers say she fought with police and Hopp says she got her handcuffs halfway off.

Police put Hopp on leave after the lawsuit was filed and announced they would conduct an internal investigation. Soon after that, the district attorney’s office announced the arrest of Garner would be investigated by a team of outside law enforcement agencies. The city of Loveland has also said it will conduct a review.

Loveland police declined to comment on the new video footage from the police station, citing the criminal investigation being conducted at the district attorney's request.

"Independent comment from the Loveland Police Department would not be appropriate at this time. LPD has faith in the due process that this investigation allows for,” it said in a statement.

Hopp could not be located for comment. The Loveland Fraternal Order of Police, the union representing city police officers, did not return an email asking whether he had a lawyer who could speak for him.

The lawyer representing Garner and her family, Sarah Schielke, said the latest video footage needed to be released to force the department to change.

"If I didn’t release this, the Loveland Police’s toxic culture of arrogance and entitlement, along with their horrific abuse of the vulnerable and powerless, would carry on, business as usual. I won’t be a part of that,” she said.

A sergeant who signed off on the paperwork the officers were filling out while they watched the body camera footage was also added as defendants in Garner’s lawsuit as was the second male officer watching the footage.