Outrage intensifies in US as anti-racism protests spread globally 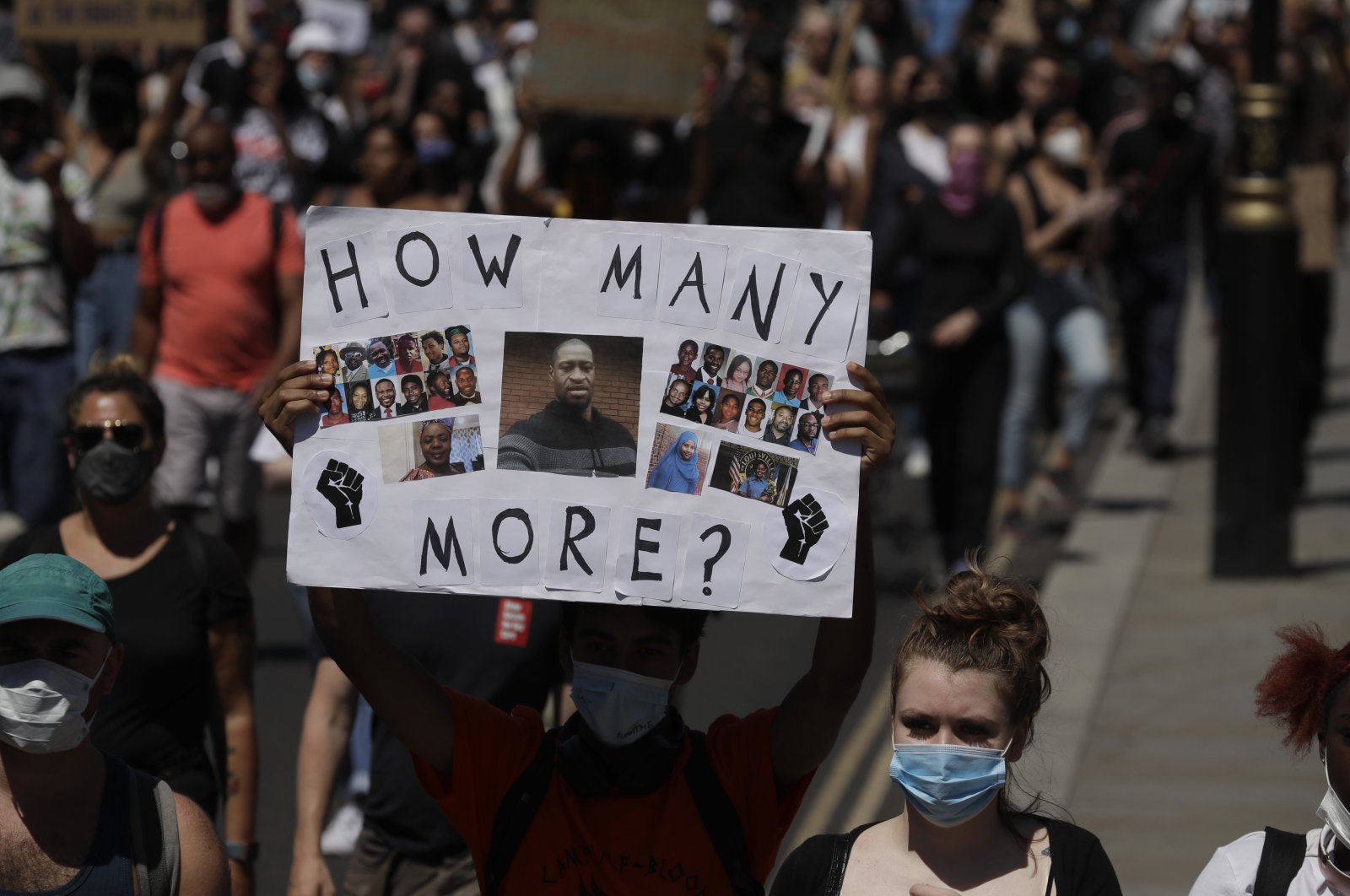 The killing of George Floyd has sparked international outrage, while anger grows across the U.S. with more anti-racism protestors head to the streets to voice fury about police brutality

Anger over the brutal police killing of George Floyd has gone international, with people taking to the streets in Berlin and London to show solidarity with U.S. protesters.

Many people around the world have watched with growing unease the civil unrest in the U.S. after the latest in a series of police killings of black men and women. Floyd died on May 25 in Minneapolis after a white police officer pressed his knee on Floyd’s neck until he stopped breathing. The officer was fired and charged with murder.

With the Donald Trump administration branding instigators of six nights of rioting as domestic terrorists, there were more confrontations between protestors and police and fresh outbreaks of looting in the country. Violent clashes erupted repeatedly in a small park next to the White House, with authorities using tear gas, pepper spray and flash-bang grenades to disperse crowds who lit several large fires and damaged property. Local U.S. leaders appealed to citizens to use constructive outlets to express their rage over the death of an unarmed black man in Minneapolis, while night-time curfews were imposed in cities, including Washington, Los Angeles and Houston.

In London, thousands of people marched Sunday, chanting "No justice! No peace!" while carrying signs reading "Justice for George Floyd" and "Racism is a global issue." A total of 23 people were arrested following protests in London over the death of George Floyd, police said late Sunday.

The 23 suspects were held in custody for offenses including assault and breaches of Britain's coronavirus lockdown, London's Metropolitan Police said. Five people between the ages of 17 and 25 were arrested for assaulting police officers and breaching social distancing rules during a protest outside the U.S. Embassy in London on Sunday, the force said.

"Many of the issues that have made the situation in the United States so combustible exist right here," one of Britain's best-known black politicians, Diane Abbott, wrote for the Huffington Post. "Black people in Britain have long suffered disproportionately at the hands of the state," Abbott said.

Stand Up To Racism and other British groups have planned a national day of action over Floyd's death on Wednesday, urging people to protest on their doorstep or wherever they are. The groups called in a Facebook post for "socially distanced protests to show solidarity with those resisting racism in the U.S. and against the policies that have led to massively disproportionate BAME deaths in the COVID-19 pandemic in Britain." BAME is an acronym used by the British government and other organizations for black, Asian and minority ethnic people.

In Berlin, several hundred protesters turned out for the second day in a row, staging a rally outside the U.S. Embassy. Demonstrators held up signs reading: "Stop killing us" and "Justice for George Floyd." Other protests were also held across Europe and worldwide, like Canada, Brazil and New Zealand.

Chinese diplomats and state media have used the violent unrest sparked by the death of Floyd to accuse the U.S. of hypocrisy and compare American protesters with pro-democracy demonstrators in Hong Kong.