Peaceful protest against police brutality in US turns violent 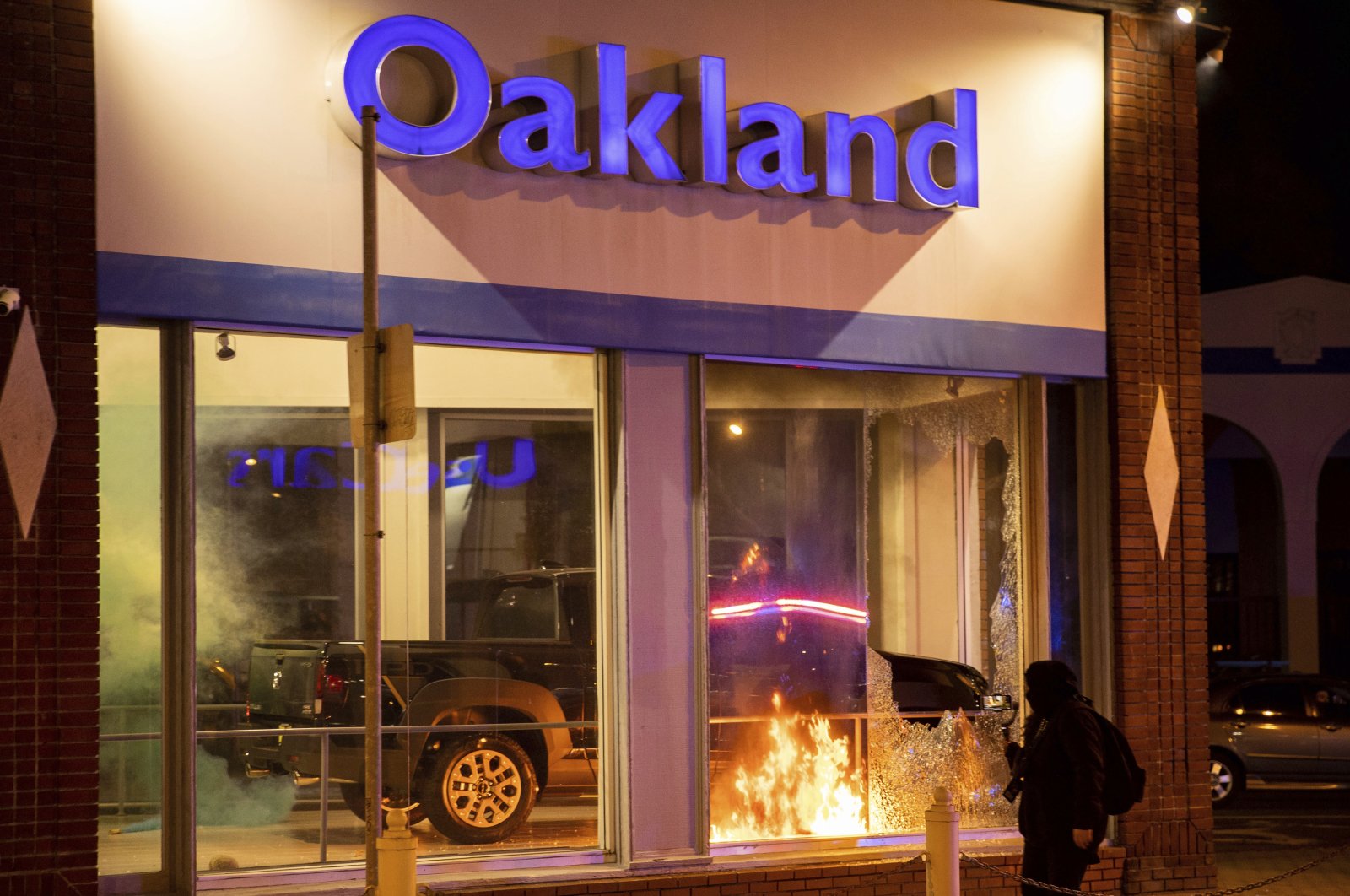 A peaceful protest against police brutality in California Friday turned violent, ending in fires being set and damage perpetrated to vehicles and buildings.

The protest in Oakland began calmly Friday night, news outlets reported, but a subsequent march drew around 300 people with some setting fires and breaking windows.

A car dealership was among the buildings damaged. At least one car was set on fire. A fire was also set outside a bank. Demonstrators were seen walking past the scene of a car crash.

Photos and videos posted online showed marchers with signs and flags. Many chanted the names of Daunte Wright, a 20-year-old who was shot and killed by an officer in Brooklyn Center, Minnesota, and Adam Toledo, a 13-year-old fatally shot by an officer in Chicago.

People in the crowd threw bottles and other objects at officers during the march, Oakland police said in a statement. One officer suffered an injury from being struck in the head. A community member was also assaulted, police said.

The statement said protesters dragged barriers into the road to block and delay responding officers.

Authorities declared an unlawful assembly and instructed demonstrators to leave. Police said the protesters dispersed peacefully. There were no arrests, or citations issued.

Some businesses had boarded up their storefronts earlier Friday in anticipation of the unrest, according to news outlets.