Peru set for round 2 while Ecuadorians elect conservative 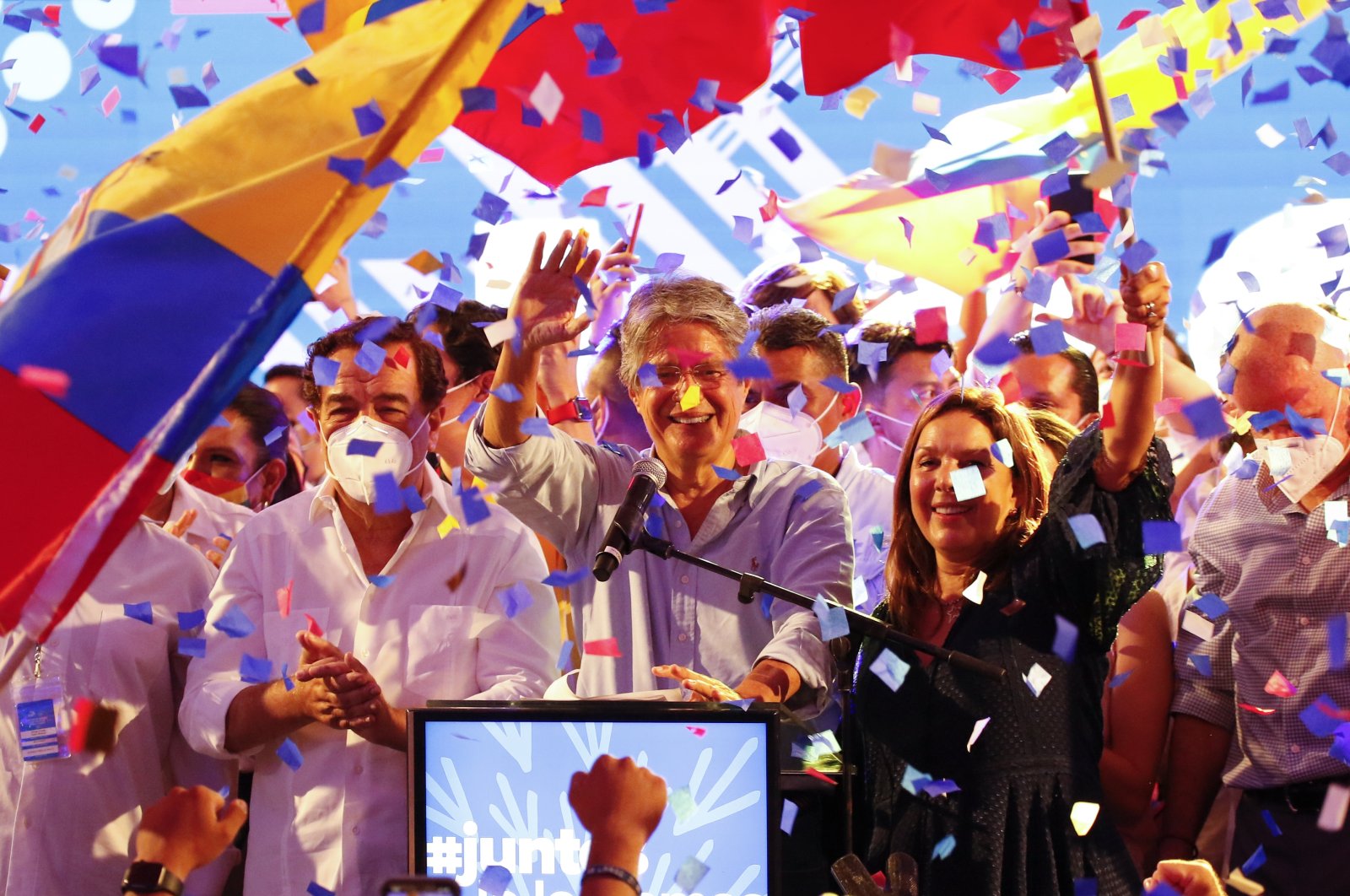 South American nations held presidential elections on Sunday whilst struggling with a recent spike in COVID-19 cases, as Ecuador opted for a conservative businessperson, rejecting former President Rafael Correa's protege, exit polls from neighboring Peru seem to suggest the country, which also elected a new Congress, is destined for a second round of voting in June.

The Electoral Council in Ecuador did not declare a winner in the contest to replace President Lenín Moreno next month, but results released by the agency showed former banker Guillermo Lasso with about 53% of votes and leftist Andrés Arauz with 47%, with over 93% of votes counted.

Arauz had led the first round of voting with more than 30% on Feb. 7, while Lasso edged into the final by finishing about a half percentage point ahead of environmentalist and Indigenous candidate Yaku Pérez.

Arauz conceded the election and so did his main backer, Correa, who remains a force in Ecuador despite a corruption conviction while living in self-exile in Belgium beyond the reach of Ecuadoran prosecutors.

Moreno was also an ally of Correa but turned against him while in office. "Sincerely, we believed we would win, but our projections were wrong,” Correa tweeted. "Good luck to Guillermo Lasso, his success will be that of Ecuador. I only ask you to stop the lawfare, which destroys lives and families.”

Correa, who oversaw an economic boom before the country hit a slowdown beginning in 2015, was sentenced in absentia last year to eight years in prison for his role in what prosecutors described as an elaborate scheme that demanded millions of dollars from businesspeople in exchange for the contracts of large infrastructure projects between 2012 and 2016.

He calls the allegations trumped-up charges for political ends.

Lasso finished second in the previous two presidential contests. He favors free-market policies and Ecuador’s rapprochement with international organizations. During the campaign, he proposed raising the minimum wage to $500 a month, finding ways to include more youth and women in the labor market and eliminating tariffs for agricultural equipment.

"For years, I have dreamed of the possibility of serving Ecuadorians so that the country progresses, so that we can all live better,” Lasso said before a room full of supporters despite social distancing guidelines in the port city of Guayaquil. "Today, you have resolved that this be so.”

Accompanied by his wife, María de Lourdes Alcívar, Lasso said that beginning inauguration day May 24 he will dedicate himself "to the construction of a national project that continues to listen to everyone, because this project will be yours.”

Despite his declared conservative position on issues such as marriage equality, he promised to accept other points of view. He was expected to arrive in the capital city of Quito on Monday.

Ecuador is deep in a recession that many fear will worsen as lockdowns return because of a spike in COVID-19 cases. Ecuador has tallied more than 344,000 cases and over 17,200 deaths as of Sunday, according to data from Johns Hopkins University in the United States.

The new president’s main task will be "to depolarize the country,” said Grace M. Jaramillo, an adjunct professor at the University of British Columbia whose research includes Latin America. "There will be no signs of governance if the new government does not reach out and generate a platform where agreements with the (National) Assembly are possible.”

In Peru, elections officials late Sunday said leftist teacher Pedro Castillo had 15.8% of the support with 11.4% of votes counted. He was followed by the right-wing economist Hernando de Soto with 14.4% support, the ultra-conservative businessperson Rafael López Aliaga with 13.1% and opposition leader Keiko Fujimori with 12.1%.

Fujimori is the daughter of the polarizing former President Alberto Fujimori. In order to avoid a June 6 runoff, a candidate must obtain more than 50% of votes.

The presidential election turned into a popularity contest in which López Aliaga even addressed how he suppresses his sexual desires.

The long list of presidential hopefuls came months after the country’s political chaos reached a new level in November, when three men were president in a single week after one was impeached by Congress over corruption allegations and protests forced his successor to resign in favor of the third.

All former Peruvian presidents who governed since 1985 have been ensnared in corruption allegations, some imprisoned or arrested in their mansions. One died by suicide before police could arrest him.

Claudia Navas, a political, social and security risk analyst with the global firm Control Risks, said the fragmented election was the result of a political system that has 11 parties lacking ideological cohesiveness. She said Peruvians overall do not trust politicians, with corruption being a key driver of the disillusionment toward the political system.

Navas said the congressional elections would likely result in a splintered legislature, with no party holding a clear majority and political alliances remaining short lived. She said the new Congress also was likely to continue to exercise its impeachment authority to reinforce its own influence and block any initiative that threatens its own power.

"So, we’ll likely continue to see significant legislative populism. This implies moves that seek to satisfy the public short-term needs and demands to the detriment of medium- and long-term sustainability,” Navas said.

"Regardless of who wins, we believe that the president is somewhat unlikely to complete his or her term in office because of the populist-type of stance of the Congress and the risk of political instability is likely to persist through the administration.”

The country is among the hardest hit by COVID-19, with more than 1.6 million cases and over 54,600 deaths as of Sunday.