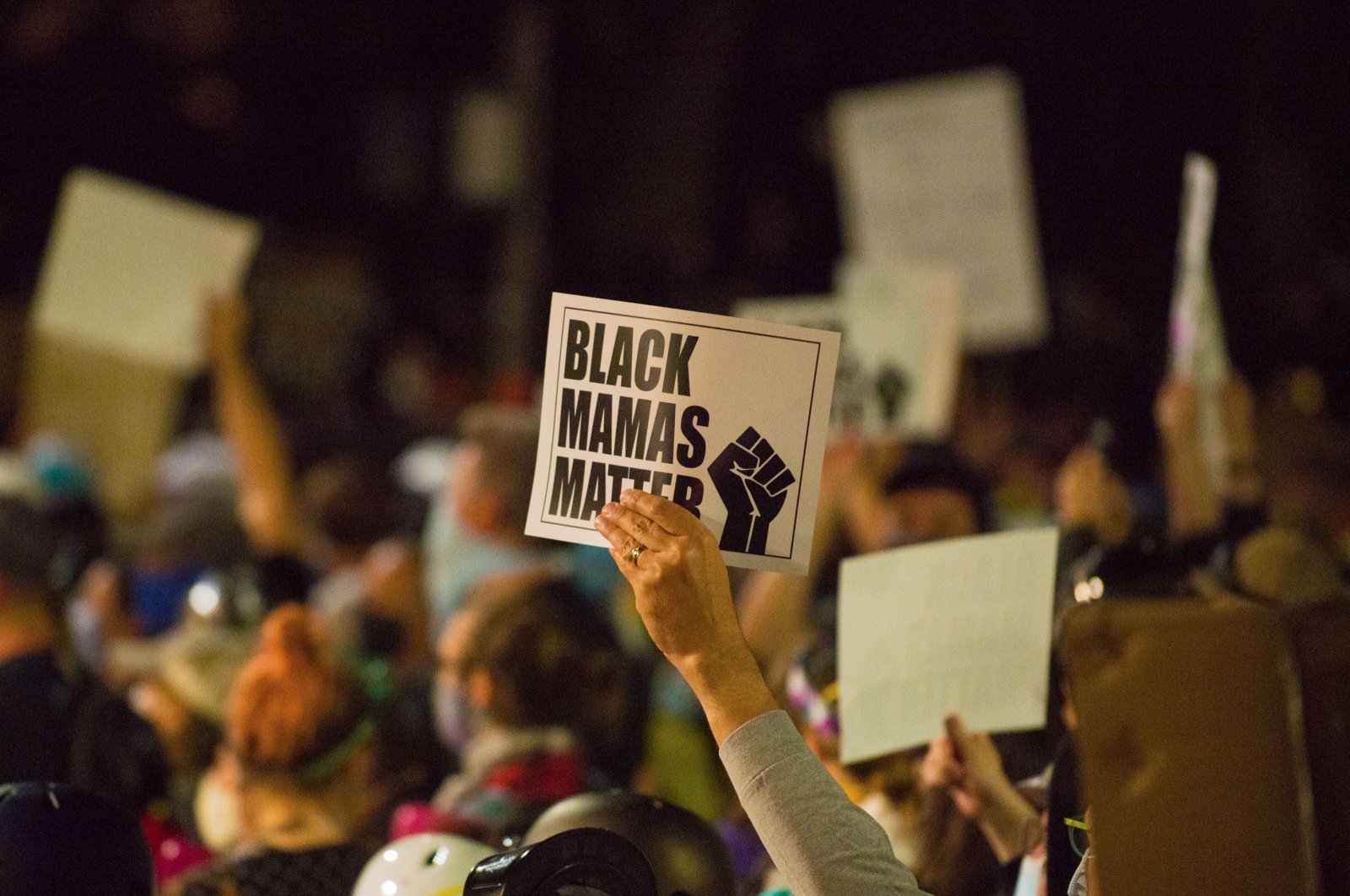 Activists hold up signs as they take part in a rally against police brutality in Portland, Oregon late on July 24, 2020. (AFP Photo)
by French Press Agency - AFP Jul 25, 2020 5:06 pm
RECOMMENDED

Police and federal agents fired tear gas and forcefully dispersed protesters in the U.S. city of Portland early Saturday, an AFP reporter said, during the latest demonstrations against racism and police brutality.

The city, the biggest in the state of Oregon, has seen nightly protests for nearly two months, initially sparked by the death in Minneapolis of unarmed African American George Floyd.

It is also now the scene of a highly controversial crackdown by federal agents ordered by US President Donald Trump – one that is not supported by local officials.

The inspector general of the U.S. Justice Department on Thursday opened an official investigation into the federal crackdown, which is seen as having raised tensions and provoked clashes.

Friday's demonstration was mainly peaceful, with crowds playing music and dancing, blowing soap bubbles and setting off fireworks. But it ended – like many before it – in a showdown between protesters and police, which escalated in a haze of tear gas and flash-bang devices.

One group of protesters formed a line with umbrellas and makeshift shields to try to protect themselves, as at least two fires burned outside the fences around a federal courthouse.

Tear gas was first fired around 11:00 pm. By 2:30 am police and federal agents were clearing the scene outside the courthouse with tear gas, pushing protesters back.

Earlier, protesters who spoke to AFP complained of the federal agents' presence in the city and voiced their support for the Black Lives Matter movement, which helped drive demonstrations across the country for weeks after Floyd's killing.

"I don't like what's happening down here, what Trump is doing," Mike Shikany, a 55-year-old aerospace engineer, said, adding he did not "want to get anywhere near the little green men," in a reference to the federal troops.

Portland retiree Jean Mullen, 74, said that without pressure nothing would change. "It's time to become the country we always brag about being. And we can't brag anymore, about anything. We aren't first in anything and it's a terrible, terrible thing to see at the end of my life," she said.

Trump, who is campaigning for re-election in November on a "law and order" platform, also announced on Wednesday that federal agents in Chicago and other cities will be stepped up after a resurgence of crime and shootings.