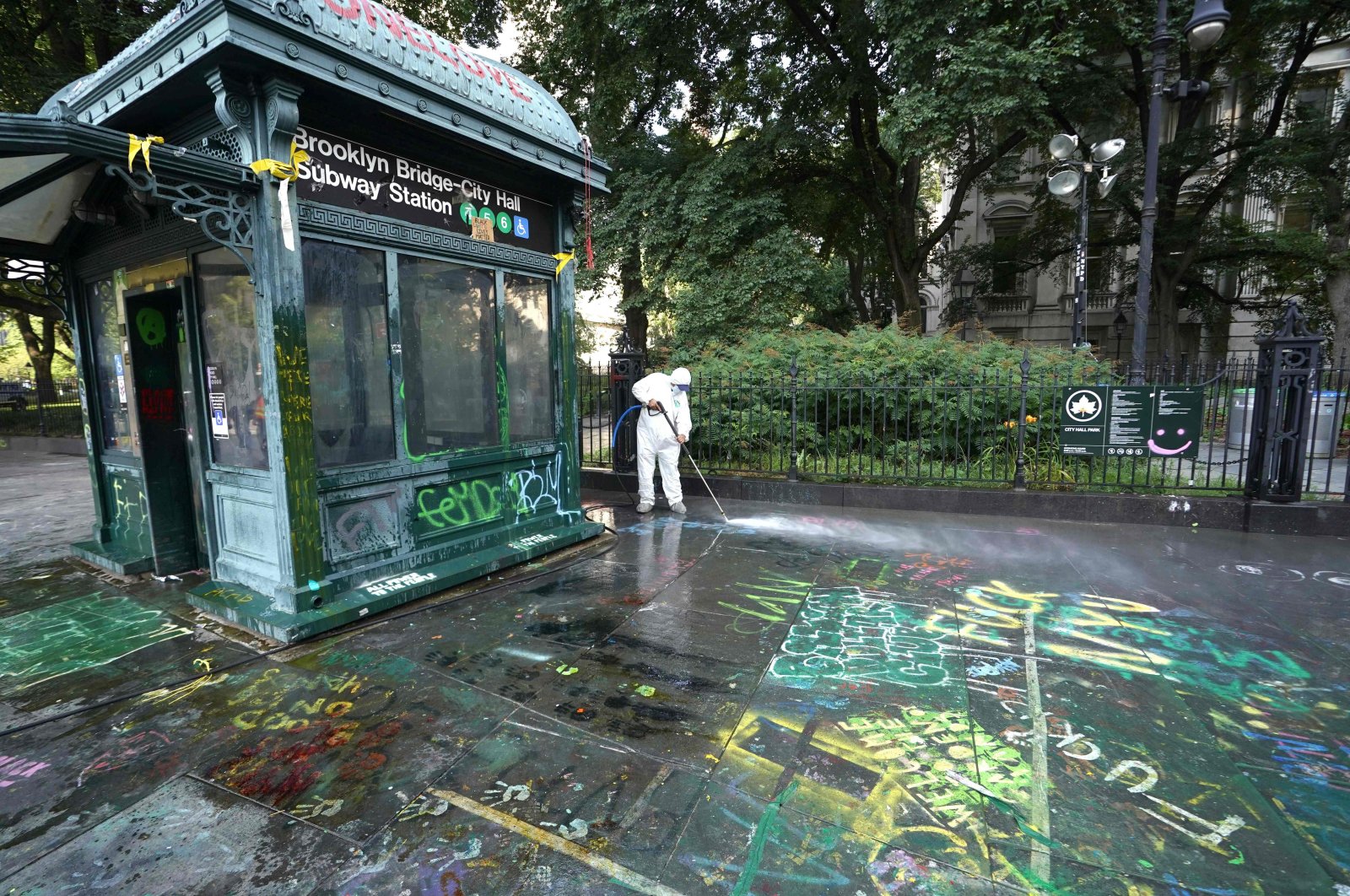 Police in riot gear moved in early Wednesday to clear a monthlong encampment of protesters and homeless people from a park near New York City's City Hall.

A line of officers with helmets and shields entered City Hall Park shortly before 4 a.m. and forced the remaining people who were camped there out. At least seven people were arrested, officials said.

Officers moved through the camp, taking down tents and other temporary structures and tossing them into garbage trucks to be hauled away. Cleaning crews arrived later to scrub graffiti from buildings in the area.

The encampment in City Hall Park started in late June following weeks of protests sparked by the May death of George Floyd at the hands of Minneapolis police. The “Occupy City Hall” protest was part of a national “defund the police” movement seeking to redirect funds from policing to community needs like housing and education.

Protesters said they would camp out until the city reduced the New York Police Department's (NYPD) budget by $1 billion. The City Council responded by passing a budget that shifts roughly $1 billion from the police department, but some activists criticized the funding cuts as cosmetic or insufficient.

The encampment swelled to several hundred people at its height but had lately dwindled to fewer than 100, many of them homeless people.

Mayor Bill de Blasio, a Democrat, had resisted calls to move the protesters out of the park that adjoins the historic building where he works.

Asked about it Tuesday, de Blasio cited “a balance we always strike between the right to protest and especially public safety.” He added, "That decision will be made by the NYPD as things emerge. We’re looking at the situation every day. But again, I think we look at the specific facts of what’s going on and then decisions will be made day by day."

De Blasio said Wednesday he will resist any effort by President Donald Trump to send federal officers to New York City as the president has done in Portland and has threatened to do in other cities. De Blasio said on MSNBC's “Morning Joe” that if Trump sends officers to the city, “We will be in court immediately and we will win."