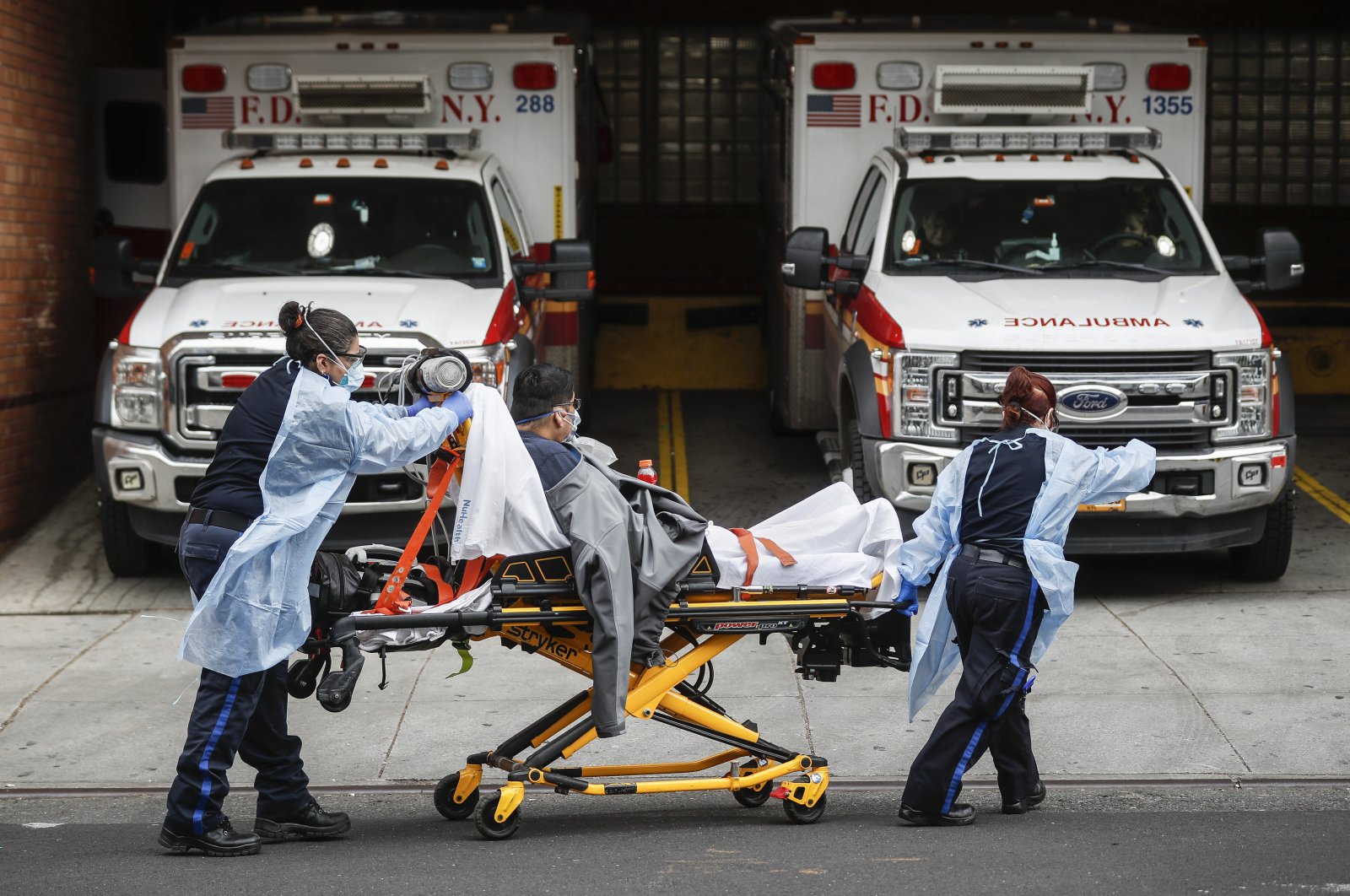 Some 60,000 Americans could die in the coronavirus pandemic, a university model often cited by U.S. and state policymakers projected Wednesday, a 26% reduction in its most recent forecast death toll.

The University of Washington model's downward revision coincides with relative optimism from political leaders that caseloads may have reached a plateau in certain areas, albeit with the U.S. death toll climbing by 1,800 on Tuesday as nearly 30,000 new infections were reported.

Even that revised forecast suggested months of pain ahead for the nation, which had recorded nearly 13,000 deaths from the new coronavirus as of Tuesday night, according to a Reuters tally of official data.

The pandemic has upended American life, with more than 90% of the population ordered to stay at home and nearly 10 million people thrown out of work in the past two weeks.

There have been about 400,000 confirmed cases nationwide of COVID-19, the potentially lethal respiratory illness caused by the new coronavirus, and hospitals have been inundated, resulting in shortages of medical equipment and protective garments. Hospital patients have been left to suffer alone, as loved ones are barred from visiting them.

In New York City, the outbreak's epicenter, Mayor Bill de Blasio said mitigation efforts such as ordering all non-essential workers to remain at home "actually are starting to yield some progress," but he warned against relaxing any restrictions too soon.

"Double down, double down, because this is finally some evidence that these strategies can work," de Blasio told CNN. "One thing we know about it is that it's unpredictable and it's ferocious."

The University of Washington's Institute for Health Metrics and Evaluation model is one of several that the White House task force has cited.

The White House coronavirus task force has previously projected 100,000 to 240,000 Americans could die.

The institute also moved up its projected peak in the number to U.S. deaths to this Sunday, when it predicted 2,212 people will succumb to the disease. The revision moves forward the projected peak by four days, suggesting the strain on the country's health care system will begin to abate a little sooner than previously expected.

New York's De Blasio cautioned that the official death toll was overlooking people who die at home without seeking care.

Even so, the city has reported 3,544 deaths and 74,601 cases. Of those, 19,177 people were hospitalized. The state of New York accounts for more than a third of U.S. confirmed coronavirus cases to date, and nearly half the cumulative death toll.

"Every single measure of this pandemic is an undercount. Every. Single. One," Mark Levine, chairman of the City Council's health committee, wrote on Twitter. "Confirmed cases? Skewed by lack of testing. Hospitalizations? Skewed by huge # of sick people we are sending home because there's no room in ERs. Deaths? Massive undercount because of dying at home."

While New York is scrambling to provide care, California Governor Gavin Newsom said his state had made a breakthrough in supplies, securing a deal for 200 million medical face masks per month, mostly coveted N95 as well as surgical masks, by working through a consortium of nonprofits and a state manufacturer given the lack of equipment available from the U.S. stockpile.

"We've been competing against other states, against other nations, against our own federal government for PPE. ... We're not waiting around any longer," he told MSNBC in an interview late Tuesday night. "We decided enough's enough. Let's use the purchasing power of the state of California as a nation state."

Newsom said he was confident the state would have enough personal protective equipment and could possibly export some to other states within the next few weeks.

In New York, long weeks of fighting the pandemic were taking a toll on hospital staff, some of whom are coming down with the disease they have been fighting.

One resident doctor at New York-Presbyterian Hospital said he had been surprised by the number of hospital workers infected.

"There are people around the hospital who are sick and now they're showing up on our patient list. ... It's hard not to see yourself in them," the resident said. "A lot of us feel like we are being put in harm's way."