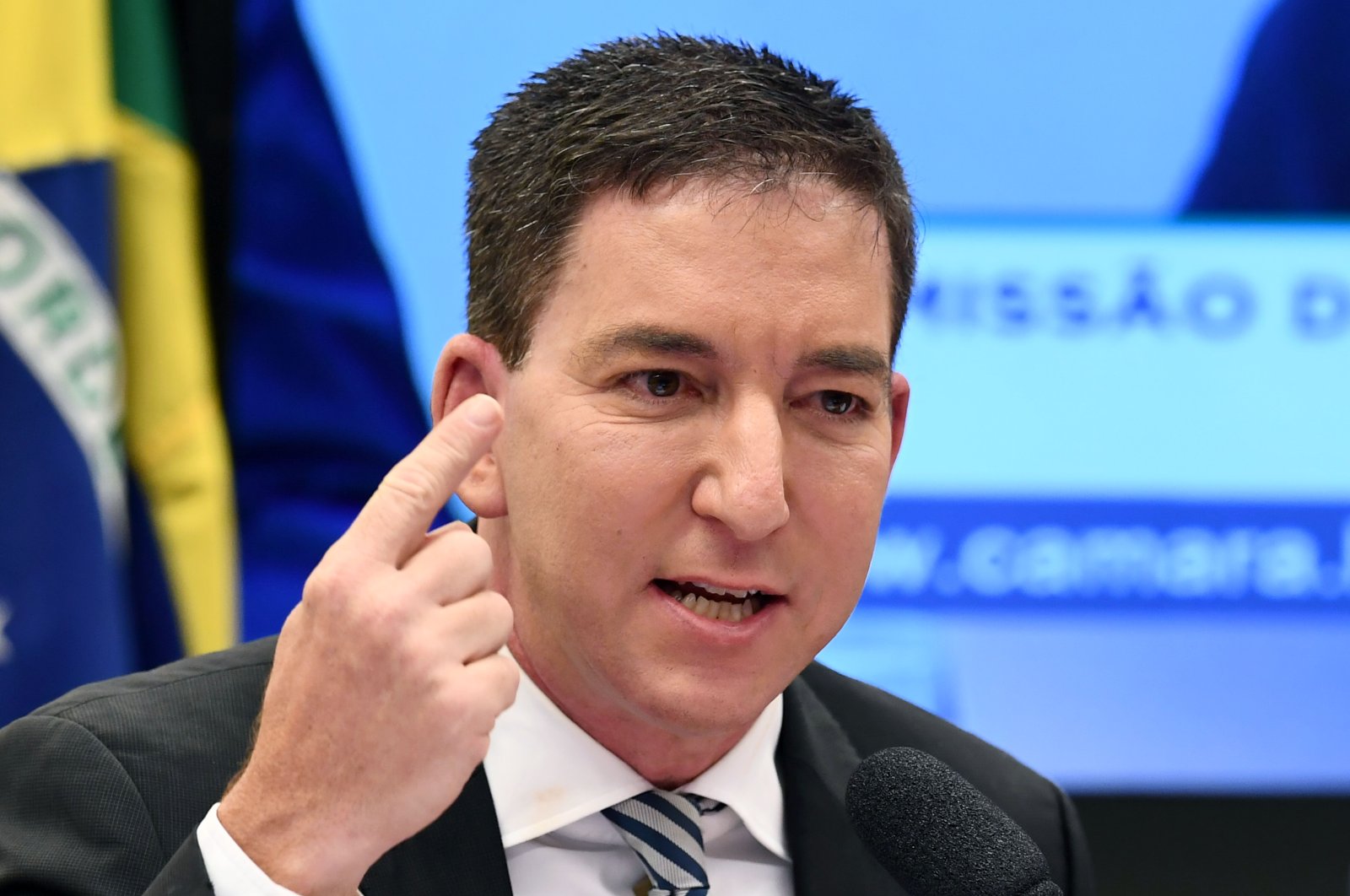 In this June 25, 2019 file photo, U.S. journalist Glenn Greenwald, founder and editor of The Intercept website, speaks during a hearing at the Lower House's Human Rights Commission in Brasilia, Brazil. (AFP Photo)
by Compiled from Wire Services
Oct 30, 2020 12:45 pm

One of the first journalists to report on the Edward Snowden documents on U.S. mass surveillance, Pulitzer Prize-winning journalist Glenn Greenwald said Thursday he had resigned from The Intercept after the U.S. investigative media outlet refused to publish his article critical of Democratic presidential nominee Joe Biden.

Greenwald said he was leaving the website he started in 2014 with two other journalists.

"The final, precipitating cause is that The Intercept's editors, in violation of my contractual right of editorial freedom, censored an article I wrote this week, refusing to publish it unless I remove all sections critical of Democratic presidential candidate Joe Biden," Greenwald said in a blog post.

"The same trends of repression, censorship and ideological homogeneity plaguing the national press generally have engulfed the media outlet I co-founded, culminating in censorship of my own articles," he wrote on Twitter.

Greenwald's article accuses news outlets of pro-Biden bias in their standoffish coverage of corruption allegations against the former vice president's son in a recent New York Post story. The Post accused Hunter Biden of monetizing access to his father in improper business dealings in Ukraine.

Twitter restricted the article's spread amid questions over the "origins of the materials" on which it relied, including emails apparently sourced from a laptop left by Hunter Biden at a Delaware repair shop last year.

Facebook also restricted the users' ability to link to the article, saying – along with several U.S. news outlets – that there were questions over its veracity.

Greenwald, 53, left The Guardian in 2013 to set up The Intercept with the founder of eBay, Pierre Omidyar.

In response, The Intercept hit back at the Brazil-based journalist, calling him "a grown person throwing a tantrum," and said it was he who had allowed his standards to drop.

"We have the greatest respect for the journalist Glenn Greenwald used to be, and we remain proud of much of the work we did with him over the past six years. It is Glenn who has strayed from his original journalistic roots, not The Intercept," the website said in a statement. "While he accuses us of political bias, it was he who was attempting to recycle the dubious claims of a political campaign – the Trump campaign – and launder them as journalism."

The prominent journalist published on his website the recent draft of the article in response to The Intercept's statement, revealing emails discussing the piece with the media outlet's editors up until it was refused for publication.

"Here's the article that I wrote about Joe Biden's conduct in Ukraine & China, based on Hunter's emails and other witness testimony, along with a critique of media lies designed to protect the Democratic candidate, which The Intercept refused to publish," Greenwald wrote attaching a screenshot of The Intercept's reply reading "we don't want to waste our time on stories that are not really stories" and calling the article "pure distraction."

Greenwald, who lives in Brazil, shared the Pulitzer in 2014 for his reporting on leaks by former NSA contractor Edward Snowden about mass electronic surveillance programs. He uncovered and investigated numerous corruption stories, including a major inquiry of the government of Brazilian President Jair Bolsonaro, prompting an angry response from federal prosecutors in the South American nation who accused Greenwald of assisting a group of hackers who intercepted the phones of public Brazilian officials with ties to Bolsonaro.