Racial unrest grows in US as Kenosha marches on 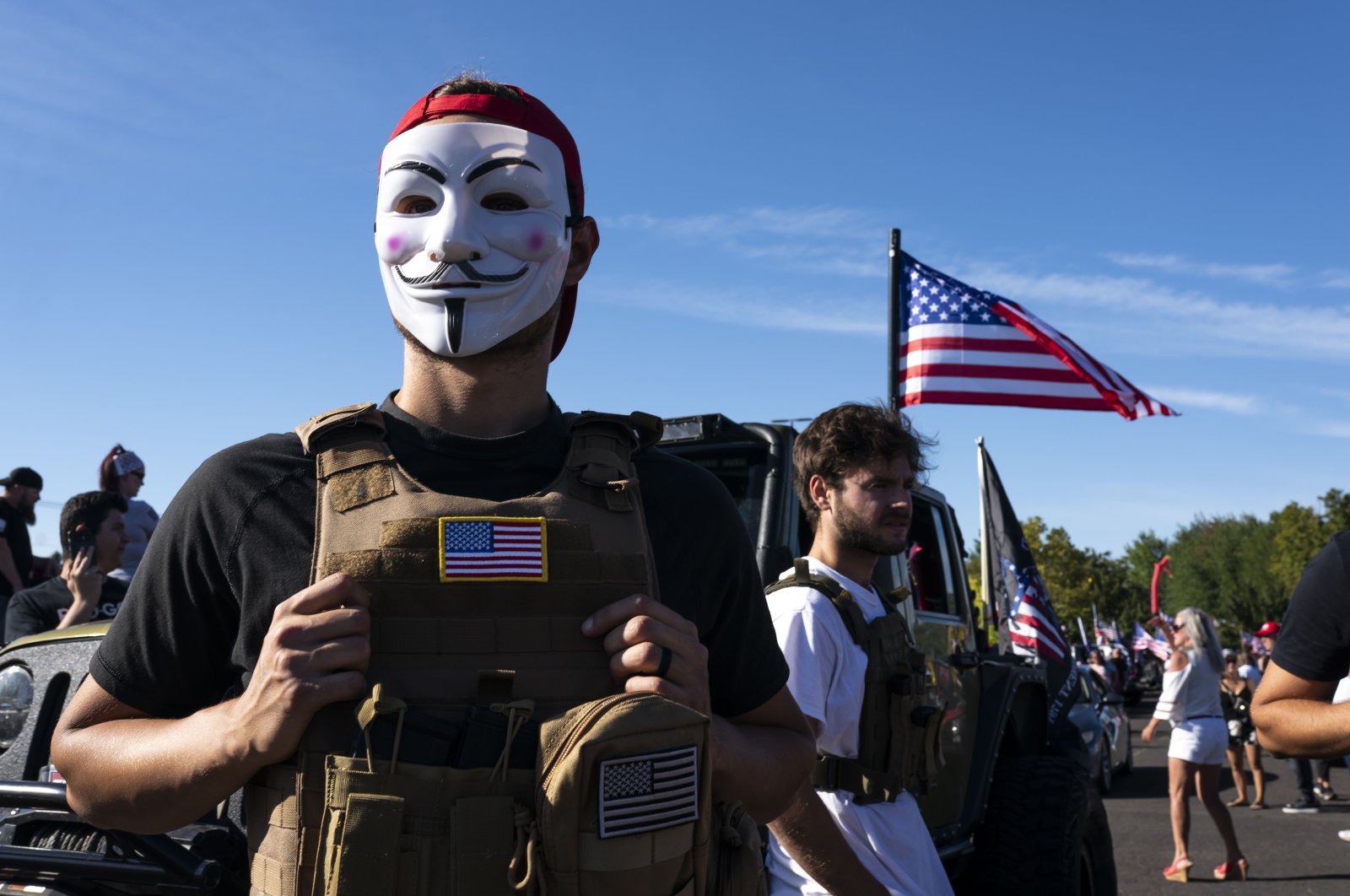 A week after the police shooting of Jacob Blake, which left the 29-year-old black man paralyzed, unrest has intensified in the United States with violent clashes between Black Lives Matter (BLM) protesters and supporters of President Donald Trump. One person was shot dead in the West Coast city of Portland, Oregon.

Portland has been one of the various epicenters of the BLM protest movement since the police killing of unarmed black man George Floyd in Minnesota in late May, and according to local media, a "caravan of hundreds of cars" of Trump supporters also converged there on Saturday.

Portland Police tweeted a political rally was "caravanning throughout downtown Portland," adding: "There have been some instances of violence between demonstrators and counter-demonstrators. Officers have intervened and in some cases made arrests."

OregonLive reported "clashes" and "tense moments" between the groups, although police did not say whether a shooting that left one dead was related to the demonstrations.

Blake's shooting last Sunday was the latest in a series of incidents caught on videotape in the U.S. that have sparked demonstrations across the country against police brutality and systematic racism.

The killing of George Floyd, an unarmed black man, by a police officer who knelt on his neck in May in Minnesota catalyzed a nationwide protest movement that has pushed for police reform and introspection on racism. Anti-racism protesters also clashed with police in Portland, as well as in Louisville, Kentucky, Tuesday night, part of a wave of national protests.

Kenosha, Wisconsin, about an hour's drive from Chicago, saw three nights of violence after Blake's shooting as protesters set fire to buildings and cars.

Protesters have marched in Kenosha every night since Blake's shooting. Some protests have devolved into vandalism and damage to buildings and vehicles. On Tuesday, two people were killed by an armed civilian. The commander of the National Guard said Friday that more than 1,000 guard members had been deployed to help keep the peace, with more on the way.

With chants of “One person, one vote!" and "No justice, no peace!” a crowd of about 1,000 demonstrators gathered outside a Wisconsin courthouse Saturday to denounce police violence and share messages of change.

The diverse group of protesters also chanted “Seven bullets, seven days!” – a reference to the number of times Blake was shot last Sunday – as they marched toward the courthouse in Kenosha. There, Blake's father, Jacob Blake Sr., gave an impassioned call for changing a system he described as fostering police brutality and racial inequities.

Major U.S. sports leagues including the NBA were forced to suspend play as African Americans and other players outraged by the shooting joined the latest national wave of anger over racial injustice and police misconduct.

On Friday, tens of thousands of protesters thronged the U.S. capital for a mass march marking the anniversary of Rev. Martin Luther King Jr.'s historic "I have a dream" speech on Aug. 28, 1963. It was dubbed "Get Your Knee Off Our Necks," in reference to Floyd.

Trump will travel to Kenosha, Wisconsin, on Tuesday, in a move that has the potential to exacerbate tensions in the city. White House spokesperson Judd Deere told reporters aboard Air Force One Saturday that Trump would be meeting with law enforcement officers and “surveying” some of the damage from recent protests that turned destructive.

Trump has been running his reelection campaign on a law-and-order mantle, denouncing protesters as “thugs" while voicing his support for police.

In his acceptance speech during the virtual Republican National Convention, Trump and other speakers evoked a violent, dystopian future if Democratic presidential hopeful Joe Biden wins in November and pointed to Portland as a cautionary tale for what would be in store for Americans.