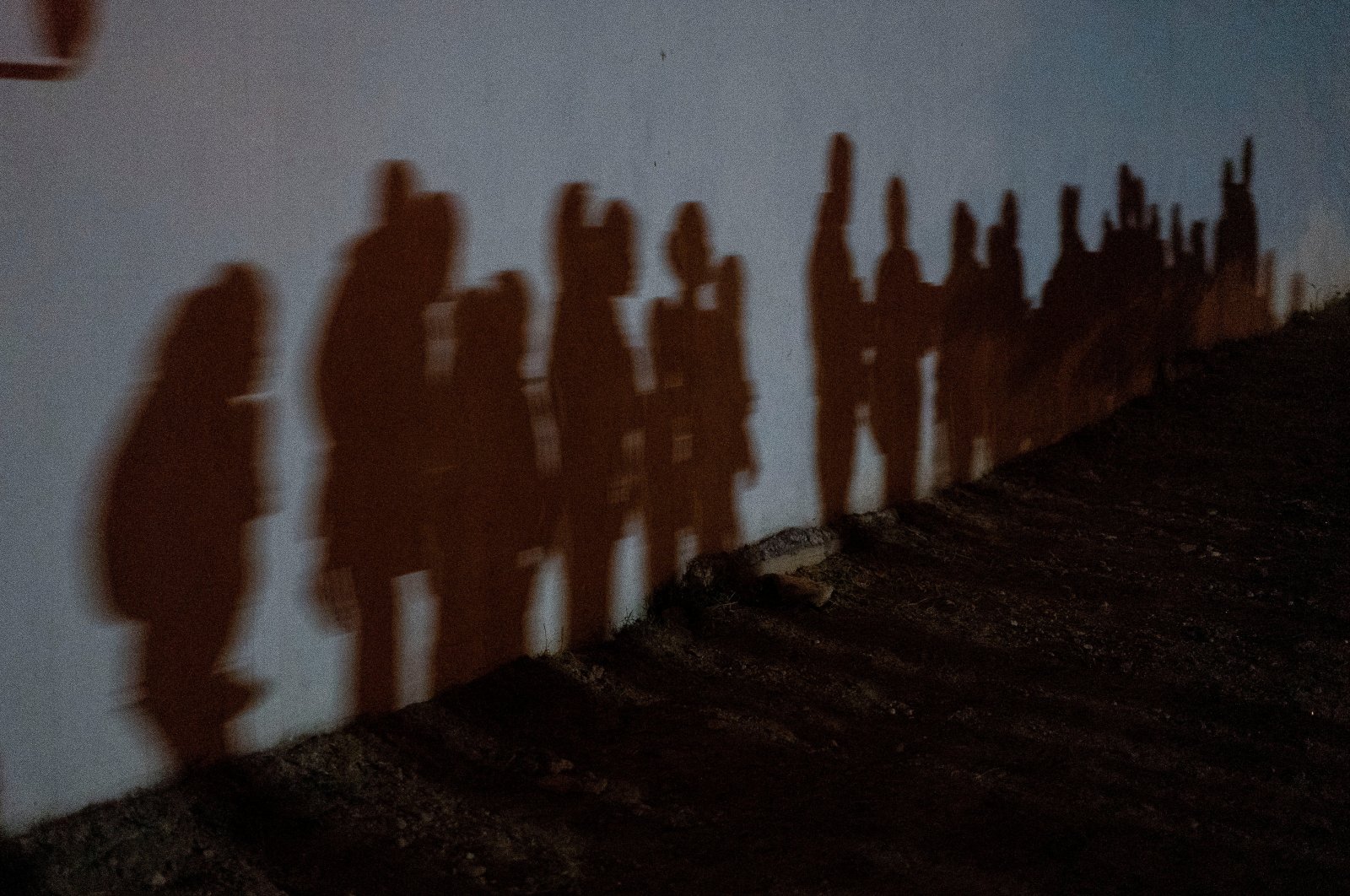 Asylum-seeking migrant families cast shadows on a wall as they form a queue to be processed by the U.S. Border Patrol after crossing the Rio Grande river into the United States from Mexico in Roma, Texas, U.S., Aug. 12, 2021. (Reuters Photo)
by Agencies Aug 13, 2021 11:41 am
RECOMMENDED

Border guards recorded more than 200,000 instances of people trying to enter the U.S. during the month, according to U.S. Customs and Border Protection.

"We are encountering an unprecedented number of migrants in between the ports of entry at our southern border," Homeland Security Secretary Alejandro Mayorkas told a press conference in Texas.

"The situation at the border is one of the toughest challenges we face. It is complicated, changing and involves vulnerable people at a time of a global pandemic," he said.

Migrant arrivals to the U.S. declined markedly during the initial phase of the COVID-19 pandemic but began to pick up later in 2020, before surging since President Joe Biden took office.

Border authorities also said the number of unaccompanied children increased 24% in July, to just under 19,000, from the previous month.

A significant number of expulsions during the pandemic has also contributed to "a larger-than-usual number of migrants making multiple border crossing attempts."

The threshold of 200,000 migrants per month was last exceeded in 2000. Most of them are currently being deported immediately by U.S. authorities.The number of arrests rose to 180,000 in May and 189,000 in June.The border police said that a good quarter of all migrants apprehended in July were repeat offenders, having already been picked up and deported at least once in the previous year.