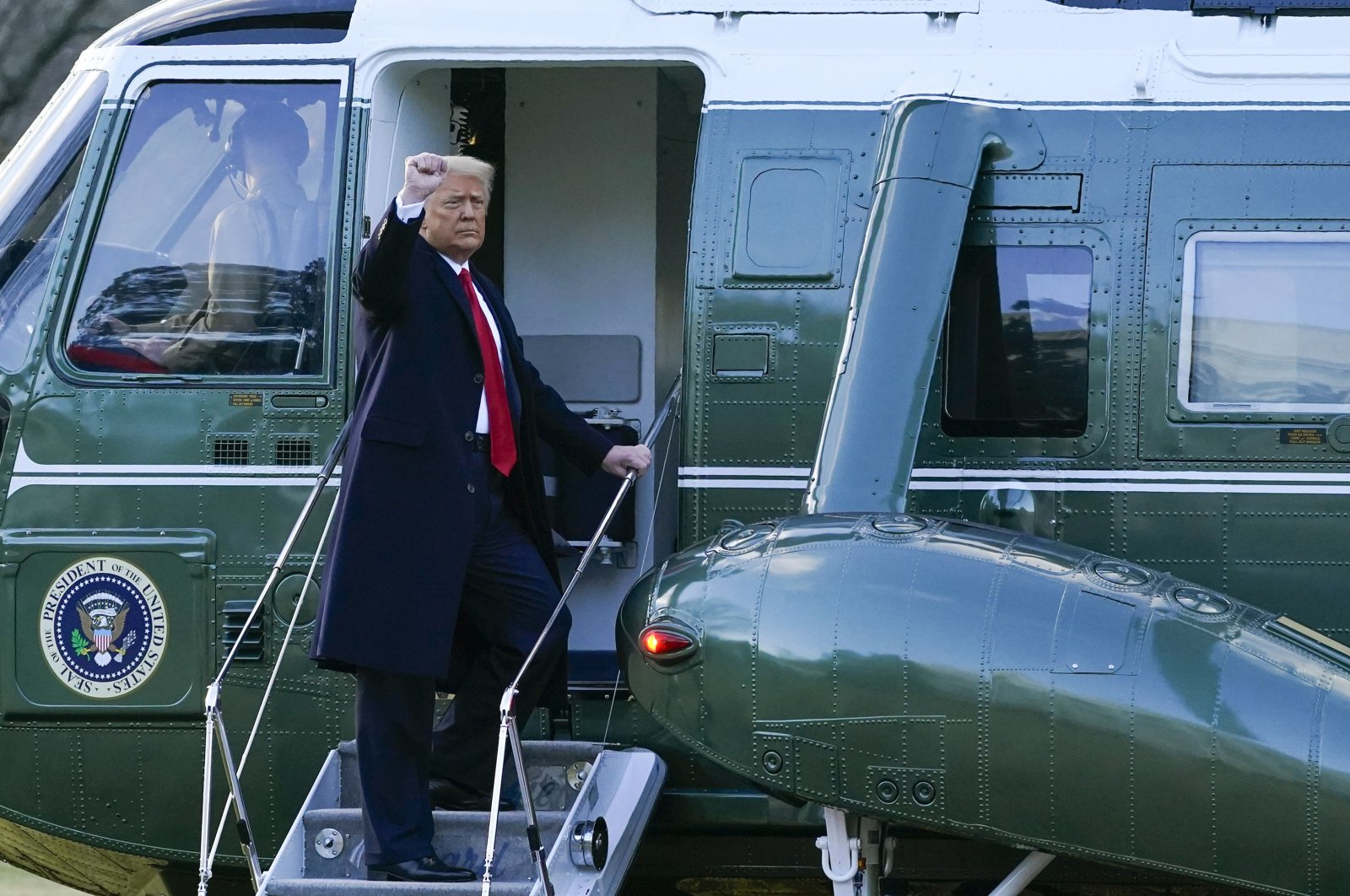 The Senate will start with the opening arguments for Donald Trump's impeachment trial over the Capitol riot the week of Feb. 8, the first time a former president will face such charges after leaving office and the first one to be impeached twice.

Senate Majority Leader Chuck Schumer announced the schedule Friday evening after reaching an agreement with Republicans, who had pushed for a delay to give Trump a chance to organize his legal team and prepare a defense on the sole charge of incitement of insurrection.

The February start date also allows the Senate more time to confirm President Joe Biden's Cabinet nominations and consider his proposed $1.9 trillion COVID relief package, after recently rejoining the World Health Organization (WHO). The pandemic remains to be the top priority of the new White House agenda that could become stalled during trial proceedings.

"We all want to put this awful chapter in our nation’s history behind us," Schumer said about the deadly Jan. 6 Capitol siege by a mob of pro-Trump supporters.

"But healing and unity will only come if there is truth and accountability. And that is what this trial will provide."

House Speaker Nancy Pelosi will send the article of impeachment late Monday, with senators sworn in as jurors Tuesday. But opening arguments will move to February.

Trump's impeachment trial would be the first of a U.S. president no longer in office, an undertaking that his Senate Republican allies argue is pointless, and potentially even unconstitutional. Democrats say they have to hold Trump accountable, even as they pursue Biden's legislative priorities, because of the gravity of what took place – a violent attack on the U.S. Congress aimed at overturning an election.

If Trump is convicted, the Senate could vote to bar him from holding office ever again, potentially upending his chances for a political comeback.

The urgency for Democrats to hold Trump responsible was complicated by the need to put Biden's government in place and start quick work on his coronavirus aid package.

"The more time we have to get up and running ... the better," Biden said Friday in brief comments to reporters.

Republicans were eager to delay the trial, putting distance between the shocking events of the siege and the votes that will test their loyalty to the former president who still commands voters’ attention.

Negotiations between Schumer and Senate Minority Leader Mitch McConnell were complicated, as the two are also in talks over a power-sharing agreement for the Senate, which is split 50-50 but in Democratic control, because Vice President Kamala Harris serves as a tie-breaking vote.

McConnell had proposed delaying the start and welcomed the agreement.

"Republicans set out to ensure the Senate’s next steps will respect former President Trump’s rights and due process, the institution of the Senate, and the office of the presidency," said McConnell spokesman Doug Andres. "That goal has been achieved."

Democrats say they can move quickly through the trial, potentially with no witnesses, because lawmakers experienced the insurrection first-hand.

One of the managers, California Rep. Ted Lieu, said Friday that Democrats would rather be working on policy right now, but "we can't just ignore" what happened on Jan. 6.

Trump, who told his supporters to "fight like hell” just before they invaded the Capitol two weeks ago and interrupted the electoral vote count, is still assembling his legal team.

White House press secretary Jen Psaki Friday deferred to Congress on timing for the trial and would not say whether Biden thinks Trump should be convicted. But she said lawmakers can simultaneously discuss and have hearings on Biden's coronavirus relief package.

"We don’t think it can be delayed or it can wait, so they’re going to have to find a path forward," Psaki said of the virus aid. "He’s confident they can do that."

Democrats would need the support of at least 17 Republicans to convict Trump, a high bar. While most Republican senators condemned Trump's actions that day, far fewer appear to be ready to convict.

A handful of Senate Republicans have indicated they are open – but not committed – to conviction. But most have come to Trump's defense as it relates to impeachment, saying they believe a trial will be divisive and questioning the legality of trying a president after he has left office.

South Carolina Sen. Lindsey Graham, a close Trump ally who has been helping him find lawyers, said Friday there is "a very compelling constitutional case" on whether Trump can be impeached after his term – an assertion Democrats reject, saying there is ample legal precedent. Graham also suggested Republicans will argue Trump's words on Jan. 6 were not legally "incitement."

"On the facts, they’ll be able to mount a defense, so the main thing is to give him a chance to prepare and run the trial orderly, and hopefully the Senate will reject the idea of pursuing presidents after they leave office," Graham said.

Other Republicans had stronger words, suggesting there should be no trial at all. Wyoming Sen. John Barrasso said Pelosi is sending a message to Biden that "my hatred and vitriol of Donald Trump is so strong that I will stop even you and your Cabinet from getting anything done." Wisconsin Sen. Ron Johnson suggested Democrats are choosing "vindictiveness" over national security as Biden attempts to set up his government.

McConnell, who said this week that Trump "provoked" his supporters before the riot, has not said how he will vote. He said Senate Republicans "strongly believe we need a full and fair process where the former president can mount a defense and the Senate can properly consider the factual, legal and constitutional questions."

Trump, the first president to be impeached twice, is at a disadvantage compared with his first impeachment trial, in which he had the full resources of the White House counsel’s office to defend him. Graham helped Trump hire South Carolina attorney Butch Bowers after members of his past legal teams indicated they did not plan to join the new effort.