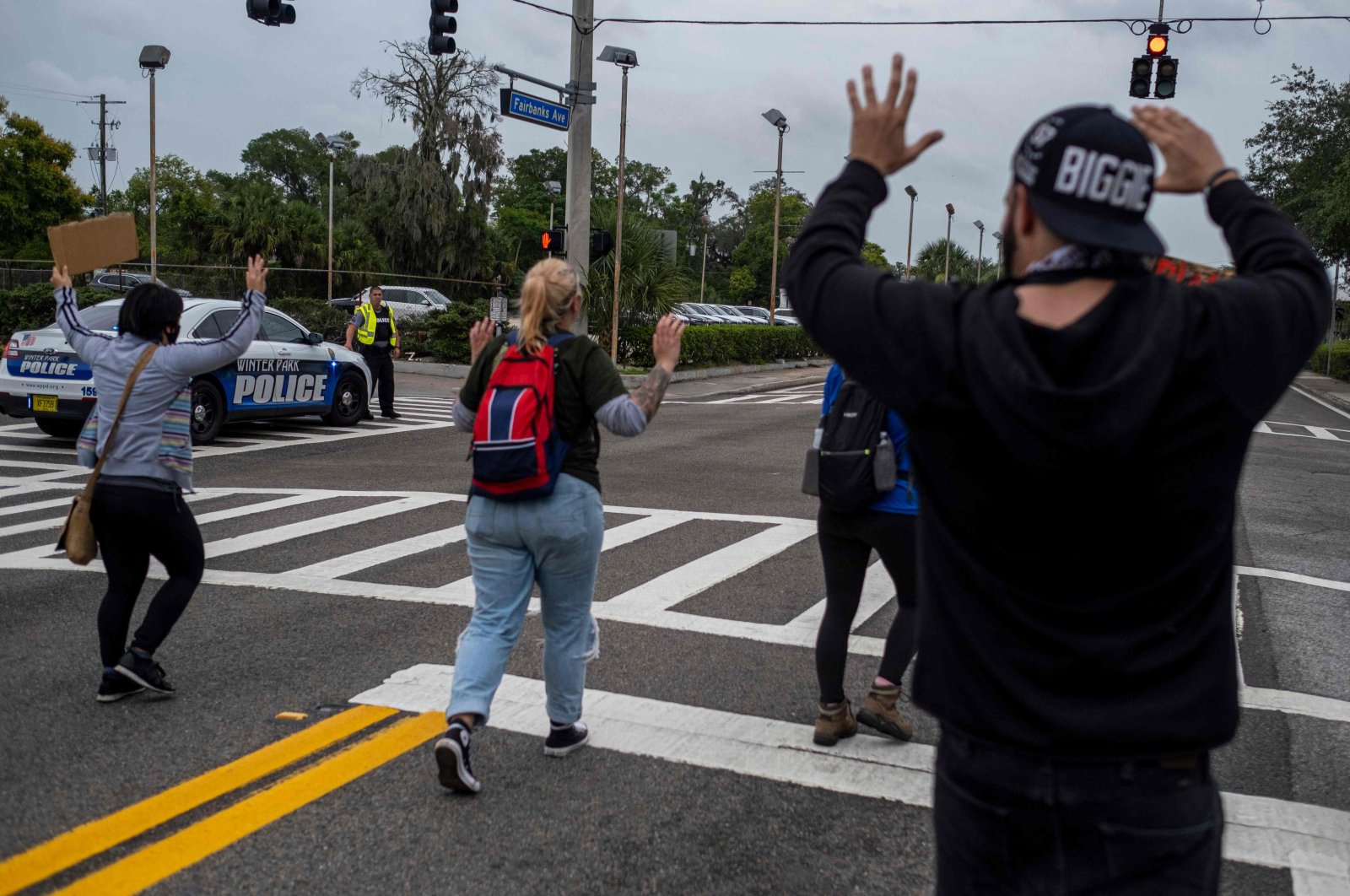 Protesters march during a rally in response to the recent death of George Floyd while in police custody in Minneapolis, in Winter Park, Florida on June 7, 2020. (AFP Photo)
by REUTERS Jun 07, 2020 11:23 pm
RECOMMENDED

As protesters implored the black U.S. Secret Service officer to take a knee in solidarity with their demonstration against racism and brutality by law enforcement, the young man explained why he could not.

"I appreciate all of this. ... I'm still black. You see what I'm saying? You guys are still fighting for my rights," the unidentified officer told the protesters through a fence outside the Treasury building in Washington. "What I'm saying is, technically we just can't do that."

The interaction on Saturday, recorded by Reuters TV, came during the U.S. capital's biggest rally yet as tens of thousands marked the May 25 death in Minneapolis police custody of George Floyd, an unarmed black man.

From federal law enforcement agencies to small-town municipal police forces, African-American officers have had to work the front lines of many of the protests seen over the past 13 days in U.S. cities and smaller communities nationwide.

Some of those demonstrating outside the Treasury Department next to the White House said they sympathized with the officer's predicament.

"I'm a military guy. And when you are in uniform, there's certain things you can and can't do," one protester told the crowd.

A third black Secret Service officer told the mostly African-American demonstrators that he respected their motivation for protesting.

"I got into this profession because of how I grew up in Georgia. What I've had to witness, the stories that I've had to hear from my parents," the third officer said. "But also I'm talking to you as another black man just to say, this is something that encourages me. And just like you're out there for me, consider what I'm doing here, for you."

Demonstrators nationwide are seeking to turn the focus of the protests into a broader quest for reform of the U.S. criminal justice system and its treatment of minorities.

In an impassioned speech last week, Catrina Thompson, police chief of Winston-Salem, North Carolina, told protesters the actions of those charged with Floyd's death did not represent the majority of U.S. police officers.

As the mother of a black teen with autism "who may not be able to respond to an officer telling him to put his hands up," she said: "I would not stand here in this position and in any way, shape or form support anybody in our organization if I believed they would bring harm to my son or any of you."