Terrorism not suspected in deadly car attack against US Capitol 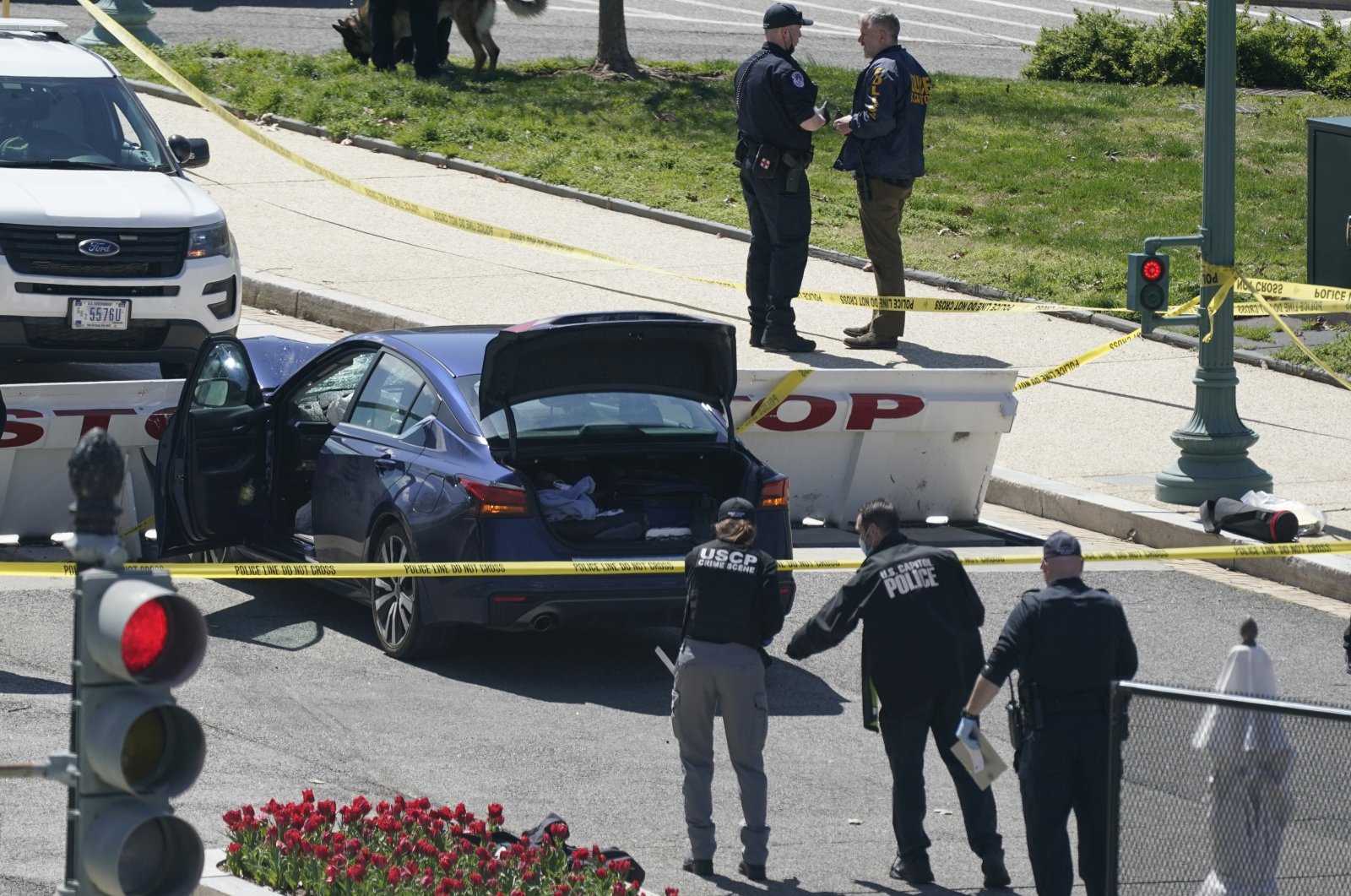 A suspect who rammed a barricade outside the U.S. Capitol was shot and killed late Friday, after injuring two Capitol Police officers one of whom succumbed to their wounds later.

Law enforcement officials later said that terrorism was not suspected in the deadly confrontation.

Officials declined to offer a motive, but Robert Contee, the acting chief of the Metropolitan Police Department, said there was no ongoing threat to the area and that the incident did not appear to be linked to terrorism.

The driver emerged wielding a knife after ramming the car. It was the second line-of-duty death this year for a department still recovering from the Jan. 6 insurrection.

Video shows the driver of the crashed car emerging with a knife in his hand and starting to run at the pair of officers, Capitol Police Acting Chief Yogananda Pittman told reporters. The driver stabbed one of the officers, Pittman said. Authorities shot the suspect, who died at a hospital.

Pittman did not identify the slain officer or suspect. Authorities said that there wasn't an ongoing threat and that the attack did not appear to be related to terrorism, though the Capitol was put on lockdown as a precaution. There was also no immediate connection apparent between Friday's crash and the Jan. 6 riot.

Capitol Police say that someone “rammed a vehicle into two USCP officers” and that a suspect was taken into custody. At least one of the officers was seriously injured, the officials said.

The law enforcement officials told the AP that the suspect was shot and was being taken to the hospital in critical condition. One of the officers who was injured was taken by police car to the hospital; the other was being transported by emergency medical crews, the officials said.

The officials could not discuss the matter publicly and spoke to the AP on condition of anonymity.

The U.S. Capitol complex was placed on lockdown after the shooting and staff were told they could not enter or exit buildings.

The incident occurred about 100 yards (91 meters) from the entrance of the building on the Senate side of the Capitol. Fencing that prevented vehicular traffic near that area was recently removed as the Capitol has started to open up after the Jan. 6 riots.

The security checkpoint is typically used by senators and staff on weekdays. Congress is currently on recess.

Video posted online showed a dark colored sedan crashed against a vehicle barrier, and a police K9 inspecting the vehicle. Law enforcement and paramedics could be seen caring for at least one unidentified individual.

President Joe Biden had just departed the White House for Camp David when the incident occurred. As customary, he was traveling with a member of the National Security Council Staff who was expected to brief him on the incident.

"Jill and I were heartbroken to learn of the violent attack at a security checkpoint on the US Capitol grounds, which killed Officer William Evans of the US Capitol Police, and left a fellow officer fighting for his life," Biden said in a statement, according to Agence France-Presse (AFP).

"We send our heartfelt condolences to Officer Evans' family, and everyone grieving his loss."