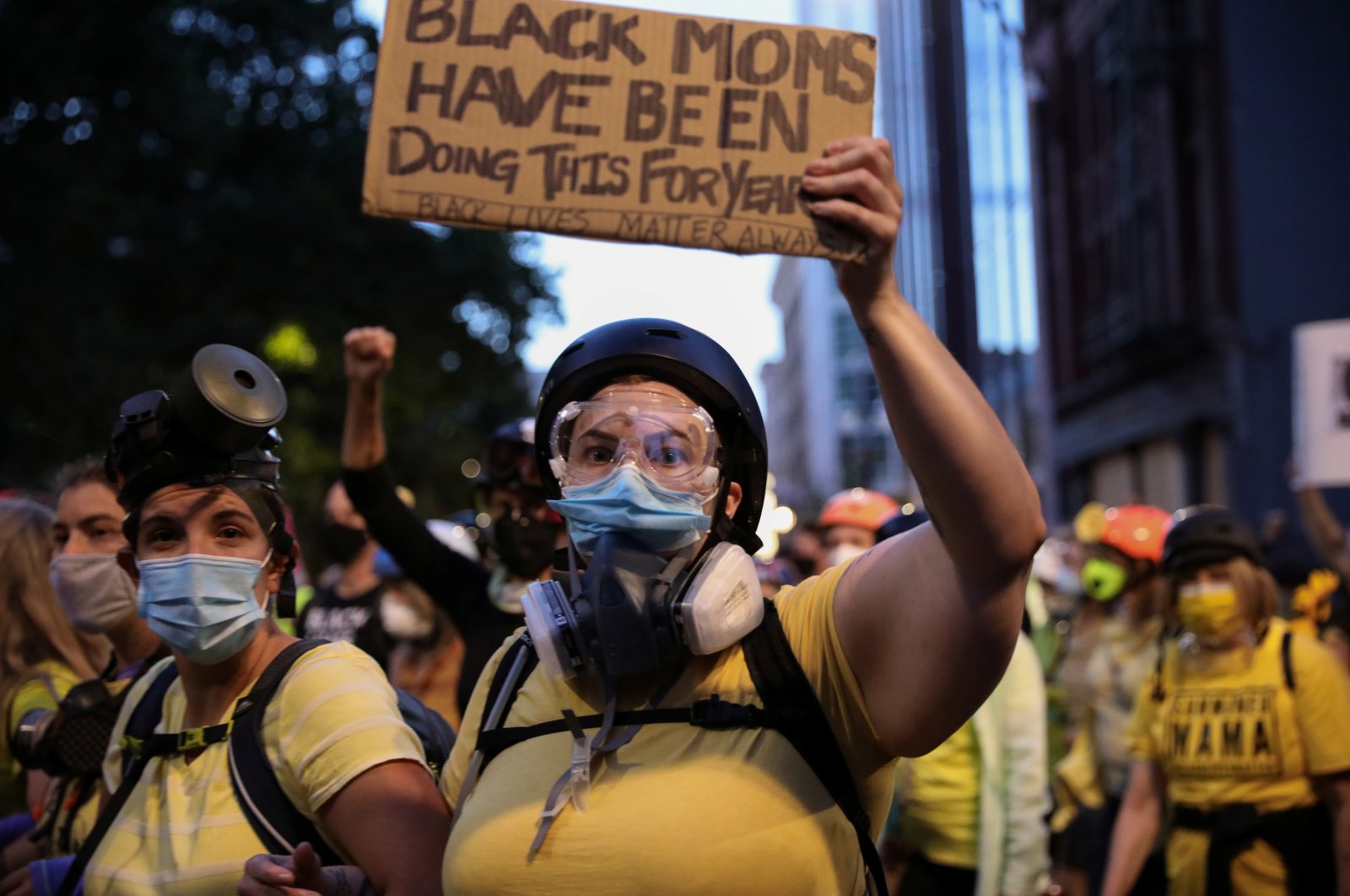 Thousands of Black Lives Matter demonstrators crowded outside the central police precinct on Thursday evening as protests in Portland continued for the 56th consecutive day.

"I'm so inspired to see a sea of ​​people who don't look like me who are saying Black Lives Matter," said Damany Iqwe, referring to the majority-white crowd. Iqwe, 43, is a black man who grew up in Portland and has frequently attended the protests.

"Five or six times I've been stopped, detained and questioned by police for looking like a suspect," Iqwe said. "This city is one of the most systematically racist places to live in as a black man."

Earlier in the day, a federal judge issued a temporary restraining order barring federal law enforcement from using force against journalists and legal observers at the Portland protests. The order came after a lawsuit filed on behalf of about a dozen journalists federal agents had hit with non-lethal "impact munitions."

The deployment of federal agents in Portland is a flashpoint in what demonstrators and local officials see as a political ploy by U.S. President Donald Trump to drum up a "law and order" campaign as he faces an uphill re-election battle.

The U.S. Department of Homeland Security (DHS) called the deployment "Operation Diligent Valor," according to court documents. Homeland Security Secretary Chad Wolf has said all federal agents had been making lawful arrests and properly identifying themselves as law enforcement.

Portland's mayor, Ted Wheeler, a Democrat, has called the intervention an abuse of federal power and said it was escalating the violence.