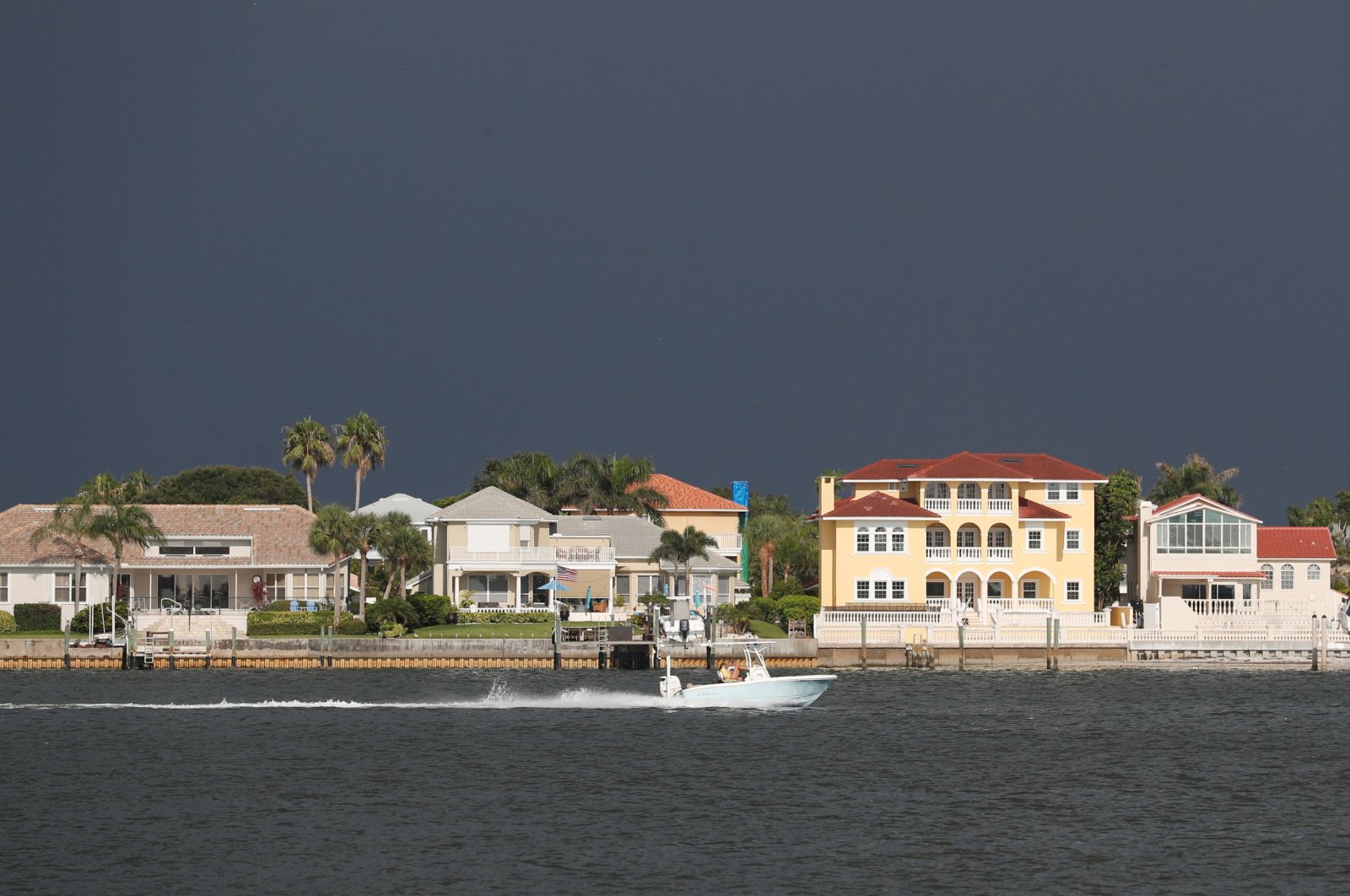 Tropical Storm Elsa hit the Florida Keys on Tuesday, while meteorologists are expecting it to grow stronger.

In addition to damaging winds and heavy rains, the Miami-based U.S. National Hurricane Center warned of life-threatening storm surges, flooding and isolated tornadoes. A hurricane watch was issued for a long stretch of coastline, from Egmont Key at the mouth of Tampa Bay to the Steinhatchee River in Florida's Big Bend area.

Bands of rain were expected to reach Surfside on Florida's Atlantic coast, soaking the rubble of the Champlain Towers South, which collapsed June 24, killing at least 28 people and leaving 117 people missing. Search and rescue crews have worked through rain, but must pause when lightning threatens, and a garage area in the pancaked debris already filled with water Monday, officials said.

Elsa’s maximum sustained winds strengthened to 60 mph (95 kph) early Tuesday. A slow strengthening is forecast through Tuesday night and Elsa could be near hurricane strength before it makes landfall in Florida. Its eye was about 50 miles (80 kilometers) southwest of Key West, Florida, and 270 miles (435 kilometers) south of Tampa. It was continuing to move to the north-northwest at 12 mph (19 kph).

The forecast included the possibility of tornadoes across South Florida on Tuesday morning and across the upper peninsula later in the day.

Florida Gov. Ron DeSantis expanded a state of emergency to cover a dozen counties where Elsa was expected to make a swift passage Wednesday, and President Joe Biden approved an emergency declaration for the state ahead of the storm.

Forecasters predicted Elsa would hit coastal Georgia and South Carolina after Florida. Georgia's coast was under a tropical storm watch, as was much of the South Carolina coast. Forecasters said tornadoes could strike in the eastern Carolinas and Virginia as Elsa moves north.

The storm surge could reach 5 feet (1.5 meters) over normally dry land in the Tampa Bay area if Elsa passes at high tide, forecasters said. Commander Col. Ben Jonsson said only essential personnel were being allowed Tuesday morning on MacDill Air Force Base, which is located along the bay on the South Tampa peninsula.

Tampa International Airport planned to shut down Tuesday at 5 p.m.

At a Tuesday morning news briefing, DeSantis reminded residents not to focus on Tropical Storm Elsa’s so-called “cone of concern” because the storm’s “impacts are expected well outside that area.”

“And if you look at how the storm is it’s incredibly lopsided to the east,” DeSantis said. “So most of the rainfall is going to be east of the center of the storm.”

Elsa’s westward shift spared the lower Florida Keys a direct hit, but the islands were still getting plenty of rain and wind Tuesday. Tropical storm warnings were posted for the Florida Keys from Craig Key westward to the Dry Tortugas and for the west coast of Florida from Flamingo northward to the Ochlockonee River.

Margarita Pedroza, who lives on a boat off Key West, told WPLG a stronger storm would have forced her ashore, but she was riding this one out. "Just batten down the hatches and get ready for it,” she told the television station.

“It doesn’t seem like it’s as strong as some of the other storms that have come around, so hopefully the winds won’t be as strong and maybe it’ll be some rain, but hopefully not too much rain,” she said.

Cuban officials evacuated 180,000 people against the possibility of heavy flooding from a storm that already battered several Caribbean islands, killing at least three people. But Elsa spent Sunday and much of Monday sweeping parallel to Cuba’s southern coast, sparing most of the island from significant effects.

It made landfall in Cuba near Cienega de Zapata, a natural park with few inhabitants, and crossed the island just east of Havana. Tuesday’s rainfall across parts of Cuba was expected to reach 10 inches (25 centimeters) with isolated maximums of 15 inches (38 centimeters), resulting in significant flash flooding and mudslides. But there were no early reports of serious damage on the island.

“The wind is blowing hard and there is a lot of rain. Some water is getting under the door of my house. In the yard the level is high, but it did not get into the house,” Lázaro Ramón Sosa, a craftsman and photographer who lives in the town of Cienega de Zapata, told The Associated Press by telephone.

Sosa said he saw some avocado trees fall nearby.

Tropical storm conditions were continuing over central and western Cuba on Tuesday morning, even as the storm reached Florida.

Elsa was the first hurricane of the Atlantic season until Saturday morning and caused widespread damage on several eastern Caribbean islands Friday. As a tropical storm, it resulted in the deaths of one person on St. Lucia and of a 15-year-old boy and a 75-year-old woman in the Dominican Republic.

Elsa is the earliest fifth-named storm on record, said Brian McNoldy, a hurricane researcher at the University of Miami.