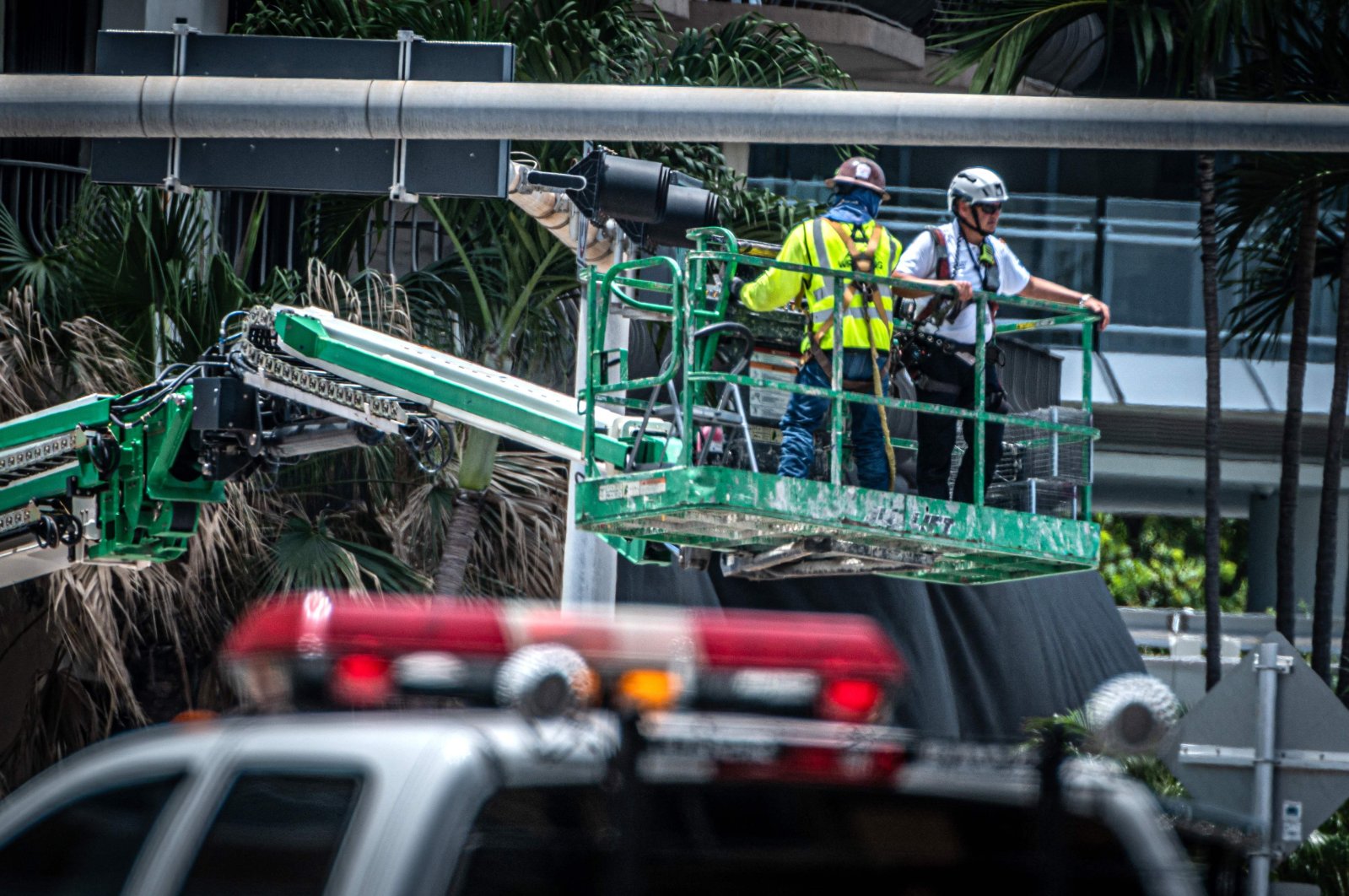 With Tropical Storm Elsa threatening the coastline, crews are preparing to use explosives to demolish the condo in the southern U.S. state of Florida that partially collapsed 11 days ago, leaving 24 confirmed dead and over a hundred still missing.

Search and rescue efforts for 121 people missing have been suspended, and the death toll has climbed to 24 over the past five days.

"Our top priority is that the building comes down as soon as possible no matter what time that occurs," Miami-Dade County Mayor Daniella Levine Cava told reporters on Sunday. "We do not know a specific time the demolition will occur."

Once the building is down, rescue efforts will resume, she said, noting that it had been 11 days since the collapse.

As of Sunday morning, Tropical Storm Elsa was off the coast of Jamaica with winds of 60 mph (95 kph). On Monday the storm was forecast to move across Cuba and hit western Florida on Tuesday or Wednesday.

In the wreckage of the Champlain Towers South complex in Surfside, workers were drilling into columns where small explosive charges will be placed to bring the remains of the building down in a small area, officials said. Demolition specialists carefully bored holes to insert explosive charges into the precarious, still-standing portion of the building that will come down to open up new areas for rescue teams to search. A top Miami-Dade fire official said 80% of the drilling work was complete and the remaining structure could come down as soon as Sunday night.

Residents in nearby buildings do not need to evacuate but should stay indoors due to dust, the mayor said.

Instead of the usual fireworks and flag-waving parties, beachside communities in the area have planned more subdued events for the Fourth of July. Miami Beach canceled its Independence Day celebrations.

Investigators have not determined what caused the 40-year-old complex to collapse on June 24. A 2018 engineering report found structural deficiencies that are now the focus of inquiries that include a grand jury examination.

Meanwhile, all residents of another building, Crestview Towers in North Miami Beach, were told on Friday to leave immediately after engineers found serious concrete and electrical problems, officials said.

The move was considered urgent due to the approach of Elsa, North Miami Beach city manager Arthur Sorey said, adding that the building's owners had not yet begun a mandatory safety recertification process required 40 years after it was built.

"It's definitely not an easy decision," Sorey said. "It's just the right thing to do during these times. It's uncertain what's going to happen with the storm."