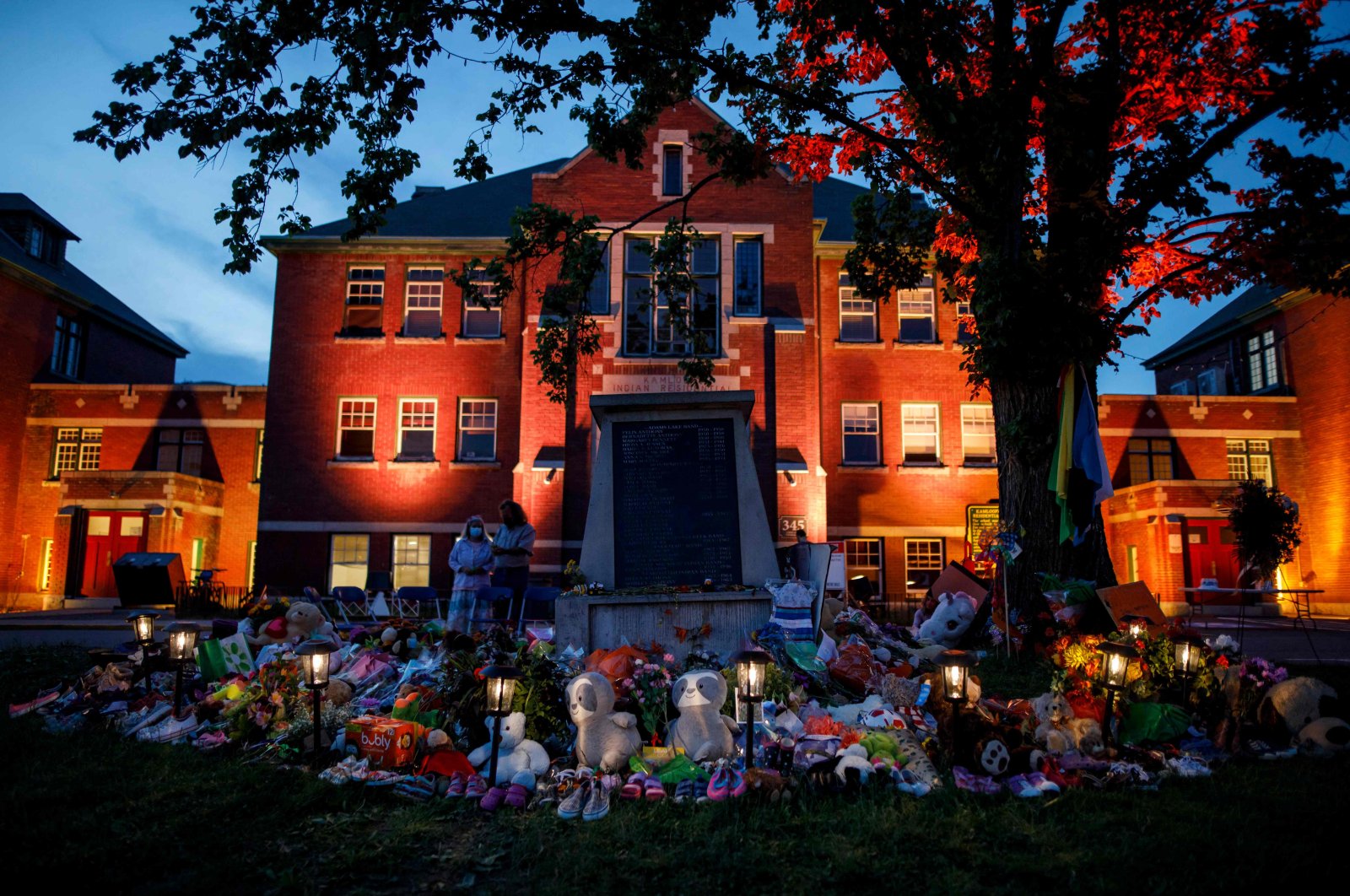 A makeshift memorial to honor the 215 children whose remains were discovered buried near the facility sits in front of the former Kamloops Indian Residential School in Kamloops, British Columbia, Canada, June 2, 2021. (AFP Photo)
by REUTERS Jun 04, 2021 9:17 pm

Canadian Prime Minister Justin Trudeau said the Catholic Church must take responsibility for its role in running many of the country's residential schools for indigenous children after the remains of 215 students were discovered at one former institution.

"As a Catholic, I am deeply disappointed by the position the (Roman) Catholic Church has taken now and over the past many years," Trudeau told reporters. "We expect the church to step up and take responsibility for its role in this."

Between 1831 and 1996, Canada's residential school system forcibly separated about 150,000 children from their homes. Many were subjected to abuse, rape and malnutrition in what the Truth and Reconciliation Commission in 2015 called "cultural genocide."

Run by the government and church groups, most of them Catholic, the schools' stated aim was to assimilate indigenous children.

The discovery this week of the remains of the children at the Kamloops Indian Residential School in British Columbia, which closed in 1978, has reopened old wounds and is fueling outrage about the lack of information and accountability.

Trudeau said many are "wondering why the Catholic Church in Canada is silent, is not stepping up."

He added, "Before we have to start taking the Catholic Church to court, I am very hopeful that religious leaders will understand this is something they need to participate in and not hide from."