Trump publicly acknowledges Biden's victory in US elections, but asserts that it was 'rigged' 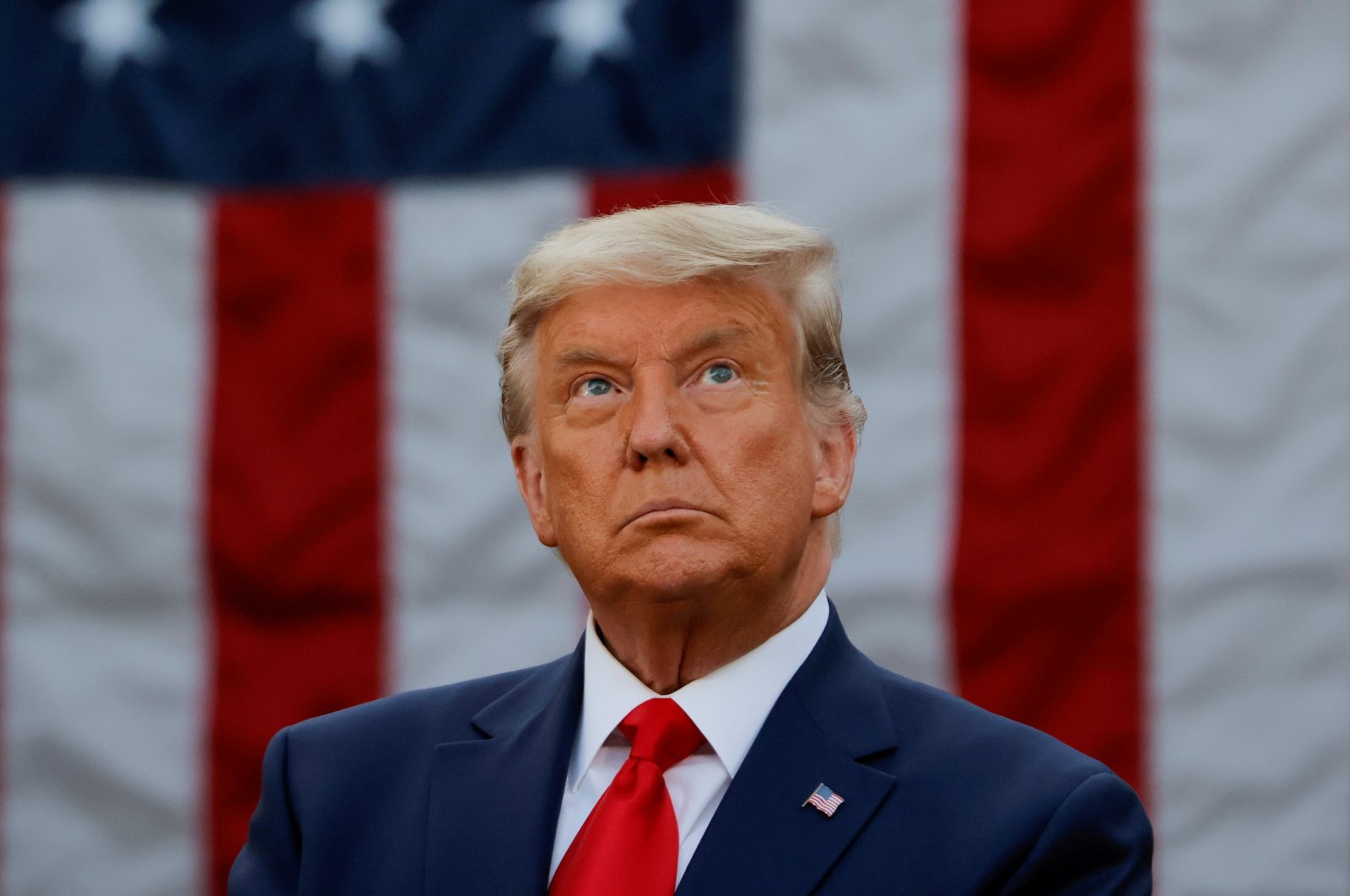 Outgoing U.S. President Donald Trump appeared to acknowledge publicly for the first time on Sunday that Democrat Joe Biden won the Nov. 3 U.S. presidential election but asserted that it was "rigged," reiterating his false claims of widespread voting fraud.

Biden defeated Trump by winning a series of battleground states that the Republican incumbent had won in 2016. The Democratic former vice president also won the national popular vote by more than 5.5 million votes or 3.6 percentage points.

Trump seemed to acknowledge Biden's victory in a Twitter post in which he listed unsubstantiated allegations of fraud.

"He won because the Election was Rigged," Trump wrote on Twitter on Sunday morning, not referring to Biden by name. "NO VOTE WATCHERS OR OBSERVERS allowed, vote tabulated by a Radical Left privately owned company, Dominion, with a bad reputation & bum equipment that couldn't even qualify for Texas (which I won by a lot!), the Fake & Silent Media, & more!"

Trump's campaign has filed lawsuits seeking to overturn the results in multiple states, though without success and legal experts say the litigation stands little chance of altering the outcome of the election.

Election officials of both parties have said there is no evidence of major irregularities. Democrats and other critics have accused Trump of trying to delegitimize Biden's victory and undermine public confidence in the American electoral process. Before the election, Trump had refused to commit to a peaceful transfer of power.

Trump's refusal to concede did not change the fact that Biden was the president-elect, but it has stalled the government's normal process of preparing for a new presidential administration.

The Trump administration's decision not to recognize Biden as the winner has prevented Biden and his team from gaining access to government office space and to funding normally afforded to an incoming administration to ensure a smooth transition.

The federal agency in charge of providing those resources, the General Services Administration, has yet to recognize Biden's victory.

Biden has spent days huddled with advisers as he weighs Cabinet appointments, fields congratulatory calls from world leaders and maps out the policies he will pursue after being sworn in on Jan. 20. He is expected to continue meeting with advisers in private on Sunday.

Biden has won 306 votes in the state-by-state Electoral College system that determines the presidential winner, according to Edison Research, far more than the 270 needed to secure a majority.

Trump earned the same number of electoral votes in 2016 over Democratic candidate Hillary Clinton, a victory he has called a "landslide" even though she won the national popular vote by about 3 million ballots.

On Saturday, tens of thousands of Trump supporters ventured into Washington to echo his claims of election fraud. The "Million MAGA March," referring to Trump's campaign slogan of "Make America Great Again," drew a crowd of flag-waving supporters to downtown Washington.

"Hundreds of thousands of people showing their support in D.C. They will not stand for a Rigged and Corrupt Election!" the president wrote on Twitter, though most crowd estimates were well short of Trump's figure.

Trump's motorcade passed through the crowd on its way to his golf course in Virginia, producing cheers from demonstrators as the president waved from the back seat.

The march was largely peaceful, though numerous scuffles broke out between Trump supporters and counterprotesters that continued after dark. One person was stabbed and taken to a trauma center, the city's fire and emergency medical services department said. The Washington Post reported the stabbing occurred amid a brawl that broke out after 8 p.m.

Dozens of Proud Boys, a far-right group, marched in the streets, some wearing helmets and ballistic vests, while members of the loose far-left movement known as Antifa staged their own counterdemonstrations.

The city's police force arrested at least 10 people, including several who were charged with assault.

With his chances of reversing the outcome virtually extinguished, Trump has discussed with advisers potential media ventures that would keep him in the spotlight ahead of a possible 2024 White House bid, aides said.

States are in the process of certifying their election results. The Electoral College meets to vote for the new president on Dec. 14.

Biden's pick for White House chief of staff, Ron Klain, said this week that a rapid transition is necessary to ensure the government is prepared to roll out a potential coronavirus vaccine early next year.

Tackling the raging pandemic will be a paramount priority for Biden. The United States set a new daily record of new cases on Friday for the fourth day straight.

More than 244,000 people in the country have died of the coronavirus since the pandemic began.