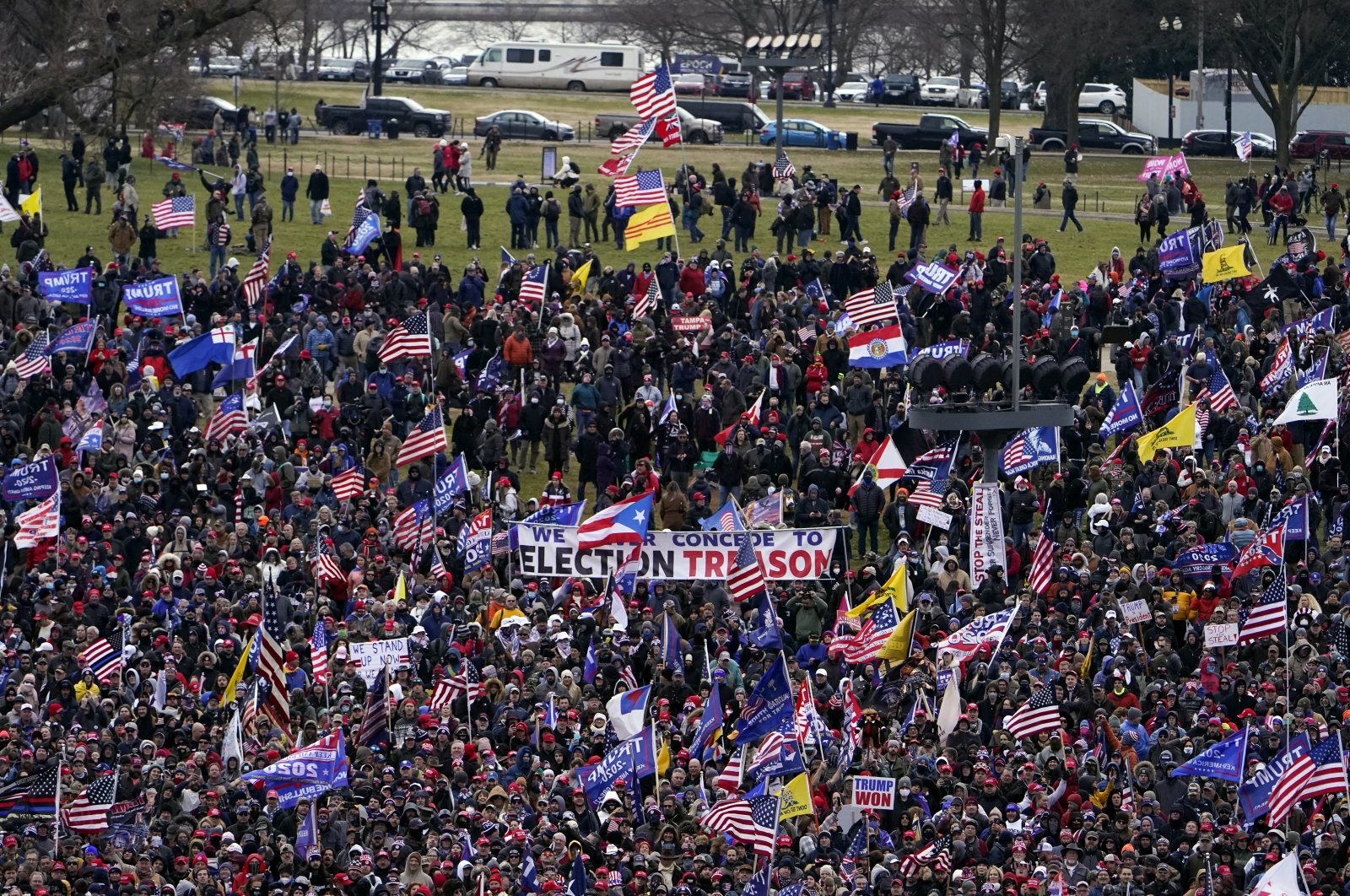 Thousands of supporters of U.S. President Donald Trump, including members of far-right groups, gathered in Washington in protest at a meeting of Congress on Wednesday to certify Joe Biden's victory in November's presidential election.

Trump, who lost the election, promised to address the protesters at the Ellipse, a park near the White House, where Biden is due to take over in two weeks.

One of his sons, Eric Trump, warmed up the flag-waving crowds with unfounded conspiracy theories.

"Is there any person here that actually thinks that Joe Biden won this election?" Eric Trump said to shouts of "No."

The states have all certified that Biden, a Democrat, won the election by 306 Electoral College votes to Trump's 232, and Trump's challenges to Biden's victory have floundered in courts across the country.

"It doesn't matter," Eric Trump said. "They can lie; they can cheat; they can steal. My father has started a movement and this movement will never, ever die."

Congress was due to certify Biden's victory on Wednesday. Many of Trump's fellow Republicans have promised a stonewalling effort that could stretch proceedings past midnight but was almost certain to fail.

Washington police earlier banned from the city Enrique Tarrio, the leader of the Trump-supporting far-right group the Proud Boys, after he was arrested on Monday for the destruction of property and possession of a firearm magazine. Tarrio could not immediately be reached for comment.

Crowd control largely fell to the Metropolitan Police Department, which mobilized all 3,750 officers, the Capitol Police, the Park Police, the U.S. Secret Service and more than 300 members of the city’s National Guard, according to Washington police chief Robert Contee and other officials.

Police have told protesters not to bring their guns to Washington, which has some of the nation's strictest gun laws and bans the open carrying of firearms.

On Tuesday evening, Trump supporters trying to reach Black Lives Matter Plaza in Washington were stopped by riot gear-clad police, who used pepper spray and batons to drive them back.