Trump to hold another campaign rally despite rising COVID-19 cases 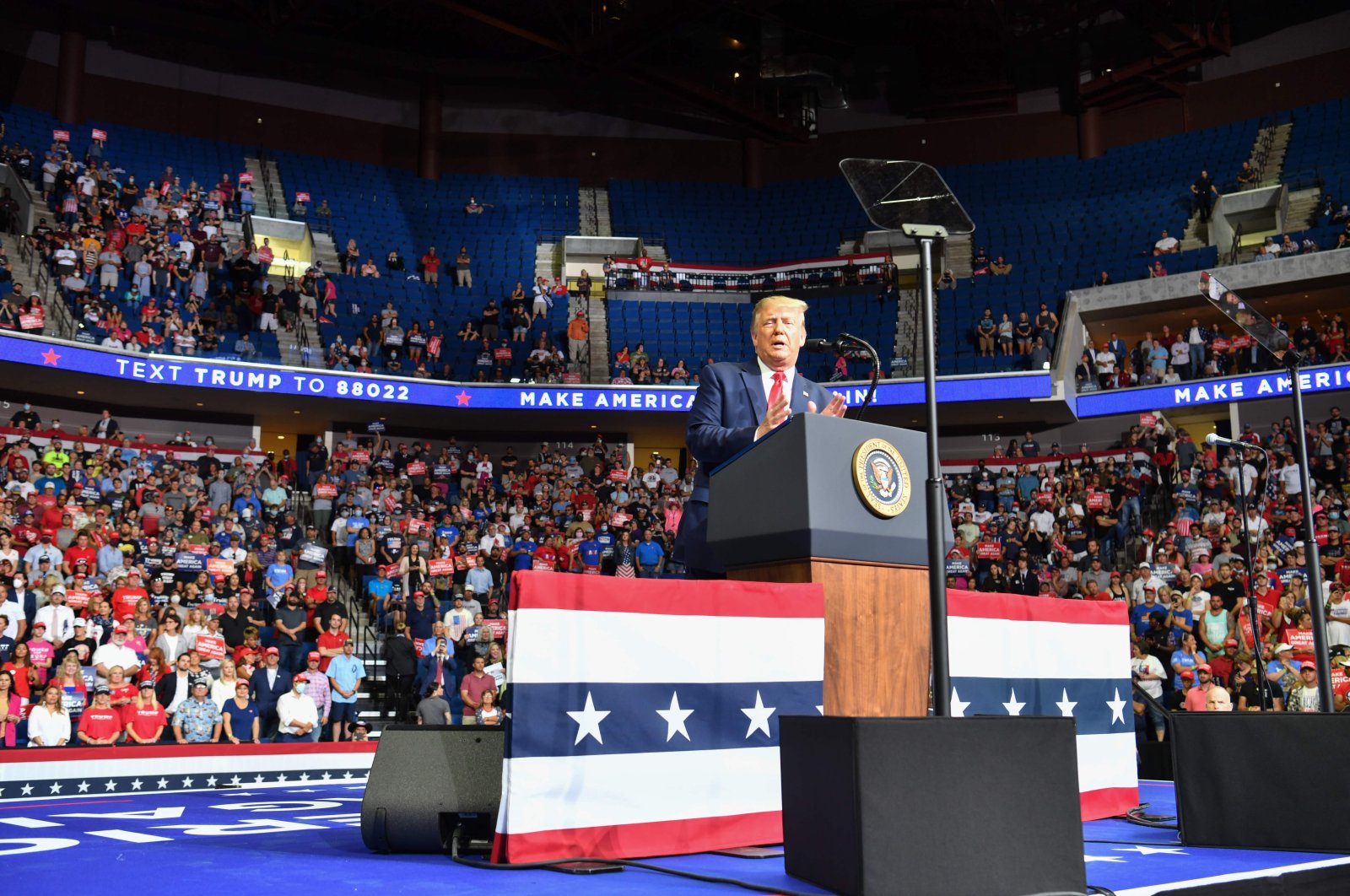 U.S. President Donald Trump will hold another large rally in support of his reelection campaign, even though the number of coronavirus infections is on the rise again in several states.

He will speak to supporters at an open-air rally at Portsmouth airport in New Hampshire on Saturday, his campaign said Sunday, adding that masks would be provided.

All guests must agree at registration that they "voluntarily accept all risks" that could result from a coronavirus infection and Trump's campaign assumes no liability for this.

The appearance will be Trump's second major campaign event since March.

The first event in a closed stadium in Tulsa, Oklahoma about three weeks ago was poorly attended, despite Trump previously boasting that about 1 million people had secured free tickets.

Trump had been severely criticized because the number of coronavirus infections in the southern state was rising at the time.

Trump is countering this criticism with the new open-air event.

Additionally, the number of coronavirus cases in New Hampshire, a state on the eastern coast of the U.S. with a population of around 1.35 million, is considered relatively low; only around 6,000 infections have been confirmed there since March.

The Democrats accuse Republican Trump of giving up in the fight against the virus. New infections are currently rising sharply in southern and western states, including Florida, Texas, Arizona and California.

The U.S. recently reported around 50,000 new infections per day on several days – more than ever before. Around 130,000 people have died in the U.S. in connection with the virus.