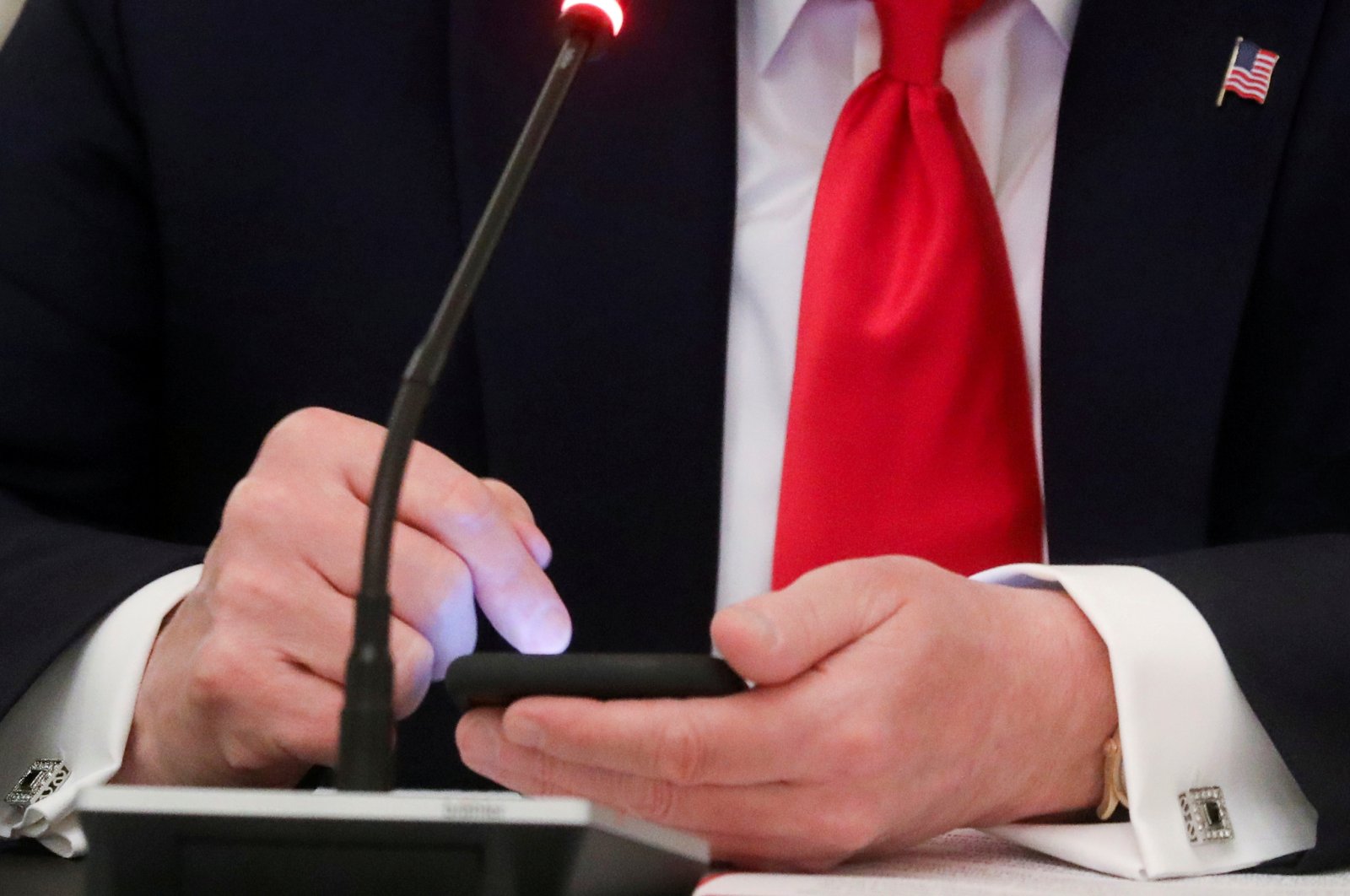 US President Donald Trump taps the screen on a mobile phone at the approximate time a tweet was released from his Twitter account, during a roundtable discussion on the reopening of small businesses in the State Dining Room at the White House in Washington, U.S., June 18, 2020. (Reuters Photo)
by REUTERS
Nov 08, 2020 6:59 pm

U.S. President Donald Trump will be subject to the same Twitter Inc rules as any other user when President-elect Joe Biden takes office on Jan. 20, the social media company confirmed this week.

Twitter places "public interest" notices on some rule-breaking tweets from "world leaders" that would otherwise be removed. Such tweets from political candidates and elected or government officials are instead hidden by a warning and Twitter takes actions to restrict their reach.

But the company said this treatment does not apply to former officeholders.

"This policy framework applies to current world leaders and candidates for office, and not private citizens when they no longer hold these positions," a Twitter spokesman said in a statement.

It has added multiple warnings and labels to tweets from the @realDonaldTrump account, including many since Tuesday's election that made unfounded allegations of voting fraud. It first hid one of his tweets behind a "public interest" label in May when the president violated the company's policy against glorifying violence.

Under Facebook Inc's policies, it appears that after Biden takes office in January, Trump's posts would also no longer be exempt from review by Facebook's third-party fact-checking partners.

Facebook's online policy says it defines politicians, whose posts are exempt from fact-checking, as candidates running for office, current officeholders and many of their cabinet appointees, along with political parties and their leaders.

It says "former candidates for office or former officials continue to be covered by our third-party fact-checking programme."

Biden's victory on Saturday in Pennsylvania put the Democratic presidential candidate over the threshold of 270 Electoral College votes needed to clinch the presidency. Republican Trump has not conceded and has vowed to challenge the outcome in court.