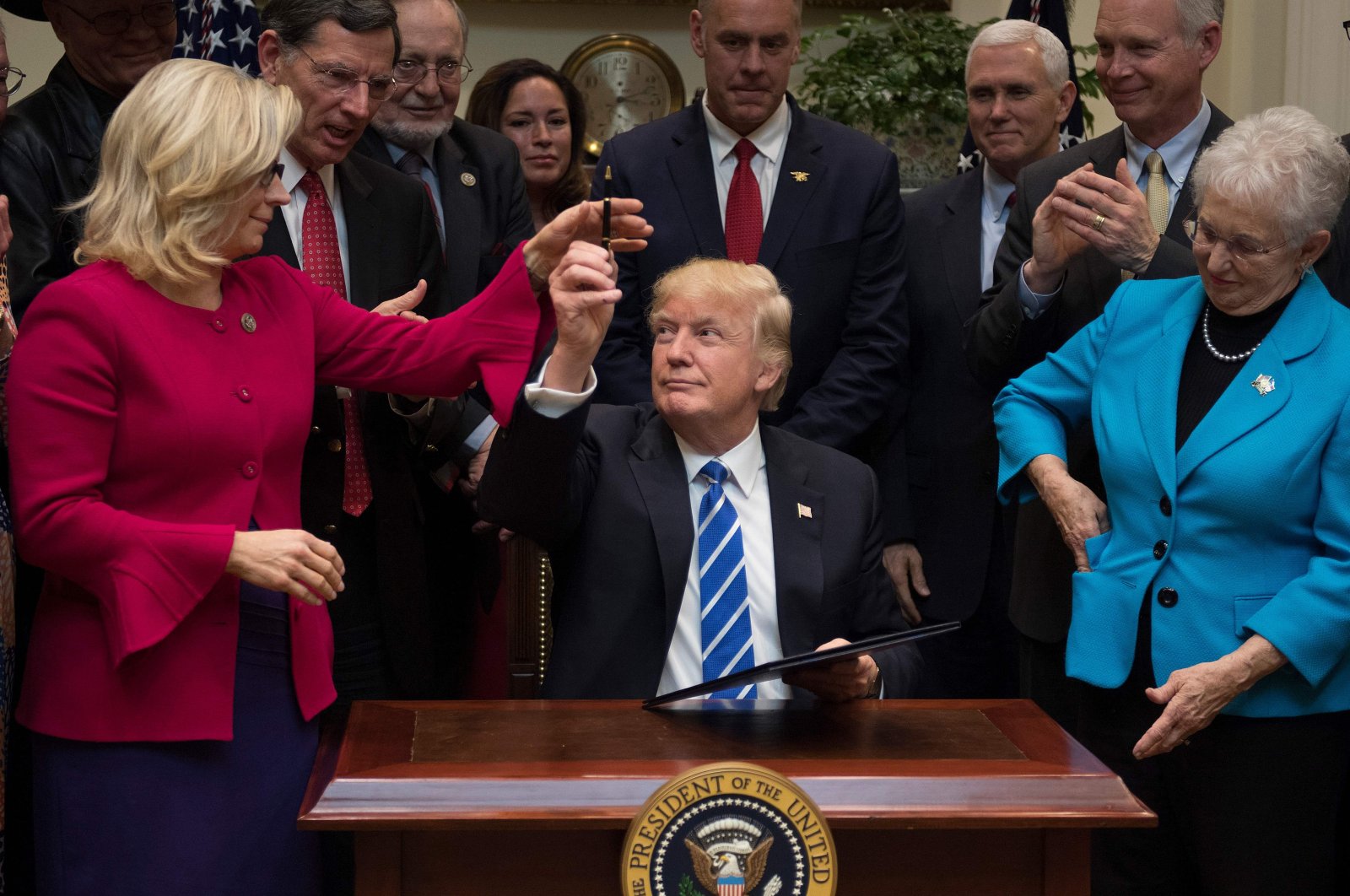 In a historic move, the U.S. Senate will begin the process of former President Donald Trump's second impeachment trial on Tuesday. His defense slams the case calling it a 'brazen political act' of retribution while Democrats argue that Trump deliberately instigated the insurrection on the Capitol on Jan. 6

Donald Trump's historic second impeachment trial in the Senate is an undertaking like no other in U.S. history. The defeated former president has been charged by the House with inciting the violent attack on the U.S. Capitol to overturn the election in what prosecutors argue is the "most grievous constitutional crime.”

Trump's lawyers insist as the trial opens Tuesday that he is not guilty on the sole charge of "incitement of insurrection,” his fiery words just a figure of speech, even as he encouraged a rally crowd to "fight like hell” for his presidency.

The Capitol siege on Jan. 6 stunned the world as rioters stormed the building to try to stop the certification of President-elect Joe Biden’s victory. No witnesses are expected to be called, in part because the senators sworn as jurors, forced to flee for safety, will be presented with graphic videos recorded that day. Holed up at his Mar-a-Lago club in Florida, Trump has declined a request to testify.

The first president to face charges after leaving office and the first to be twice impeached for high crimes and misdemeanors while in office, Trump continues to challenge the nation’s civic norms and traditions even in defeat. Security remains extremely tight at the Capitol.

While acquittal is likely, the trial will test the nation’s attitude toward his brand of presidential power, the Democrats’ resolve in pursuing him and the loyalty of Trump's Republican allies defending him.

"In trying to make sense of a second Trump trial, the public should keep in mind that Donald Trump was the first president ever to refuse to accept his defeat,” said Timothy Naftali, a clinical associate professor at New York University and an expert on Richard Nixon’s impeachment saga, which ended with Nixon's resignation rather than his impeachment. "This trial is one way of having that difficult national conversation about the difference between dissent and insurrection,” Naftali said, according to remarks carried by The Associated Press (AP).

"He’ll leave it to his former colleagues in the Senate,” she said.

Biden declined Monday to address whether Trump should be found guilty or denied the right to hold future political office. Psaki later told reporters that Biden ran against Trump in 2020 "because he felt he was unfit for office" but added that the president will "leave it to the Senate to see this impeachment proceeding through," as Agence France-Presse (AFP) reported.

In filings, lawyers for the former president lobbed a wide-ranging attack against the House case, dismissing the trial as "political theater" on the same Senate floor invaded by the mob.

Trump's defenders are preparing to challenge both the constitutionality of the trial and any suggestion that he was to blame for the insurrection. They suggest that Trump was simply exercising his First Amendment rights when he encouraged his supporters to protest at the Capitol, and they argue the Senate is not entitled to try Trump now that he has left office. House impeachment managers, in their own filings, asserted that Trump had "betrayed the American people,” and there is no valid excuse or defense.

"His incitement of insurrection against the United States government – which disrupted the peaceful transfer of power – is the most grievous constitutional crime ever committed by a president," the Democrats said.

With senators gathered at the court of impeachment, the trial will begin Tuesday with a debate and vote on whether it's constitutionally permissible to prosecute the former president, an argument that could resonate with Republicans keen on voting to acquit Trump without being seen as condoning his behavior.

Under an agreement between Senate Majority Leader Chuck Schumer and Republican leader Mitch McConnell, the opening arguments are set to begin at noon Wednesday, with up to 16 hours per side for presentations. After that, there are hours for deliberations, witnesses and closing arguments.

The trial was set to break Friday evening for the Jewish Sabbath, but Trump's defense team withdrew the request, concerned about the delay, and now the trial can continue into the weekend and next week. A presidential impeachment trial is among the most serious of Senate proceedings, conducted only three times before, leading to acquittals for Andrew Johnson, Bill Clinton and then Trump last year.

Typically senators sit at their desks for such occasions, but the COVID-19 crisis has upended even this tradition. Instead, senators will be allowed to spread out, in the "marble room” just off the Senate floor, where proceedings will be shown on TV, and in the public galleries above the chamber, to accommodate social distancing, according to a person familiar with the discussions.

Trump's second impeachment trial is expected to diverge from the lengthy, complicated affair of a year ago. In that case, Trump was charged with having privately pressured Ukraine to dig up dirt on Biden, then a Democratic rival for the presidency. This time, Trump's "stop the steal” rally rhetoric and the storming of the Capitol played out for the world to see. The trial could be over in half the time.

The Democratic-led House impeached the president swiftly, one week after the most violent attack on Congress in more than 200 years. Five people died, including a woman shot by police inside the building and a police officer who died the next day due to his injuries. House prosecutors are expected to rely on videos from the siege, along with Trump's incendiary rhetoric refusing to concede the election, to make their case. His new defense team has said it plans to counter with its own cache of videos of Democratic politicians making fiery speeches. Initially repulsed by the graphic images of the attack, a number of Republican senators have cooled their criticism as the intervening weeks have provided some distance.

Senators were sworn in as jurors late last month, shortly after Biden was inaugurated, but the trial was delayed as Democrats focused on confirming the new president's initial Cabinet picks and Republicans sought to stall. At the time, Sen. Rand Paul of Kentucky forced a vote to set aside the trial as unconstitutional because Trump is no longer in office.

The 45 Republican votes in favor of Paul's measure suggest the near impossibility of reaching a conviction in a Senate where Democrats hold 50 seats but a two-thirds vote – or 67 senators – would be needed to convict Trump. Only five Republicans joined with Democrats to reject Paul’s motion: Mitt Romney of Utah, Ben Sasse of Nebraska, Susan Collins of Maine, Lisa Murkowski of Alaska and Pat Toomey of Pennsylvania