US to deploy 20,000 guardsmen for Biden inauguration over concerns of another pro-Trump riot 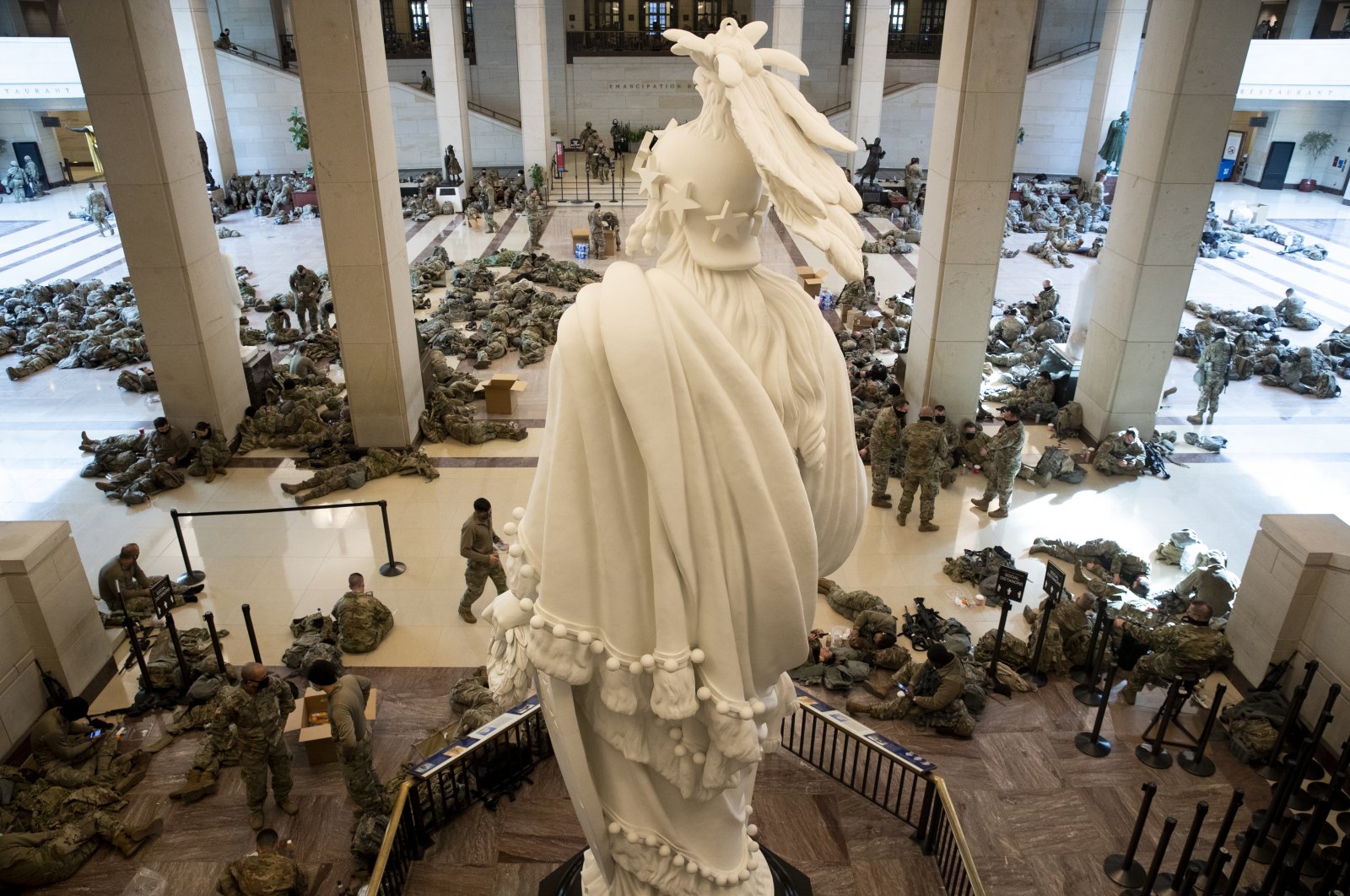 Hundreds of US National Guard troops rest in the Capitol Visitors Center, with the Statue of Freedom seen at center, on Capitol Hill in Washington, DC, USA, 13 January 2021. (EPA Photo)
by REUTERS Jan 13, 2021 11:18 pm
RECOMMENDED

While Congress acted to impeach him, President Donald Trump on Wednesday urged his supporters to shun violence as the National Guard prepared to deploy at least 20,000 troops in Washington for the Jan. 20 swearing-in of his successor Joe Biden.

The city's acting police chief Robert Contee announced the figure a week after thousands of supporters of the Republican Trump stormed Congress in a failed bid to stop the final certification of the Democrat Biden's election victory. One police officer and four protesters died in the siege.

About 8,000 National Guard troops were on hand for Trump's 2016 inauguration, Reuters reported at the time.

While the House of Representatives debated a formal charge of "incitement of insurrection," Trump and the Republican National Committee called for an end to violence ahead of the Inauguration.

In a White House statement, Trump said: "In light of reports of more demonstrations, I urge that there must be NO violence, NO lawbreaking and NO vandalism of any kind. That is not what I stand for, and it is not what America stands for. I call on ALL Americans to help ease tensions and calm tempers."

Home-sharing giant Airbnb and subsidiary HotelTonight were cancelling all reservations in Greater Washington during the inauguration week.

Roads near the Capitol, which were overrun with violent protesters on Jan. 6, have been closed. The National Park Service has closed the Washington Monument to tours and Mayor Muriel Bowser has asked visitors to stay away.

Incoming troops will be responsible for securing the city before Biden's inauguration, with new fencing engulfing the Capitol area. Two officials said some National Guard troops were deputized as Capitol Police officers to carry out law enforcement functions if needed.

Acting U.S. Attorney General Jeffrey Rosen warned against further attacks in a video released overnight and urged the public to come forward with tips about potential attacks and threats before the inauguration, including "attempts to forcefully occupy government buildings," he said.

Democratic Representative Alexandria Ocasio-Cortez, a target of conservative media, told of fearing for her life in an Instagram Live video on Tuesday.

"I did not know if I was going to make it to the end of that day alive," she said without providing details, citing security concerns.