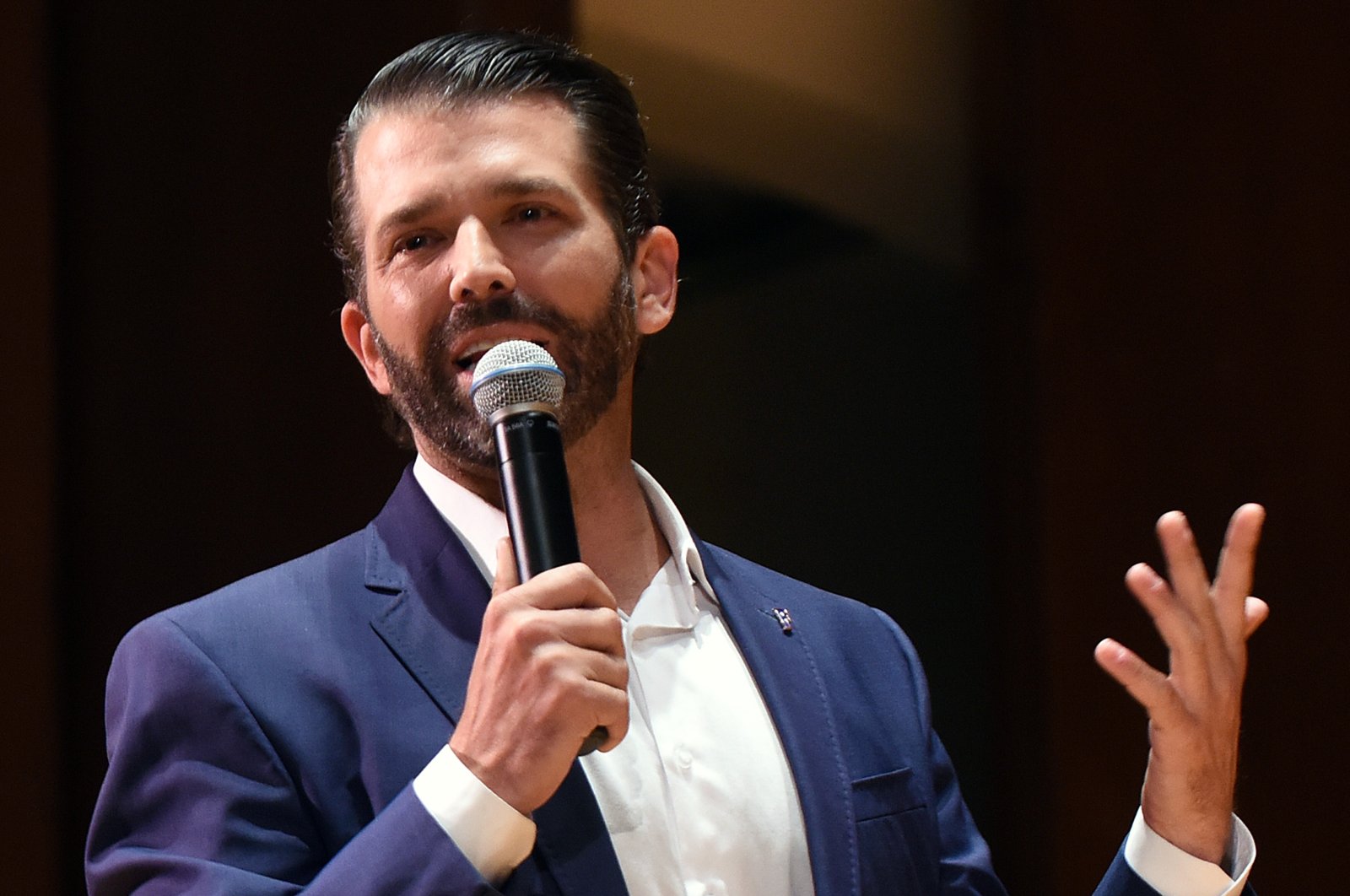 A T-shirt that reads "Guns Don’t Kill People, Alec Baldwin Kills People” is selling for $27.99 on a merchandise site linked to the former president’s namesake son. The reference is to last week’s killing of cinematographer Halyna Hutchins, who was hit by discharge from a prop gun while working on Baldwin's film "Rust.”

Baldwin, the film’s star, was handling the weapon from which the fatal shot was fired. The movie’s director was injured too. Trump Jr.’s merchandise site also sells shirts that read "My God, My Family, My Guns & My Freedom.”

The 43-year-old scion is a vocal gun advocate who frequently poses with firearms and posts photos of animals he’s killed. Last year, he hosted an Alaskan hunting trip to raise money for Safari Club International. Other right-wing pundits also teed up on Baldwin after Hutchins’ death.

Commentator Candace Owens accused Baldwin of the "murder” of "innocent people,” which she later corrected.

Republican lawmaker Lauren Boebert and Republican Senate candidate J.D. Vance mocked Baldwin, with the latter asking that the former president be reinstated on Twitter so he could address his former tormentor. Those comments drew fire from his Democratic rival in Ohio, Tim Ryan, who tweeted "Someone died, you a-hole.”

Even Fox News host Janice Dean urged Vance to take down his tweet. Baldwin’s impression of former president Donald Trump on "SNL” angered Trump, who questioned the long-running program’s legality in a 2018 Twitter rant about "unfair news coverage.” Trump and Baldwin feuded on Twitter in March of that year with the 45th president claiming the actor’s "dying mediocre career” was revived by his impersonation of the commander in chief.

Trump was banned from the platform following the January 6 insurrection at the Capitol. Baldwin tweeted his feelings of "shock and sadness” following Thursday’s fatal shooting and said he was cooperating with investigators. He had reportedly been told the firearm was "cold.”

According to a new affidavit, Baldwin was training his pistol on a camera when the shot was fired from his gun. Joel Souza, the "Rust” director, reportedly claimed Baldwin was rehearsing a "cross draw” at the time of the killing.

The filmmaker said he was looking over Hutchins’ shoulder and heard "a whip and then loud pop” before the two of them were struck.

Hilaria Baldwin, the 63-year-old actor’s wife, tweeted her sympathies for Hutchins, her family and her own husband as well.

"My heart is with Halyna,” she wrote Monday on Instagram. "Her husband. Her son. Their family and loved ones. And my Alec.”