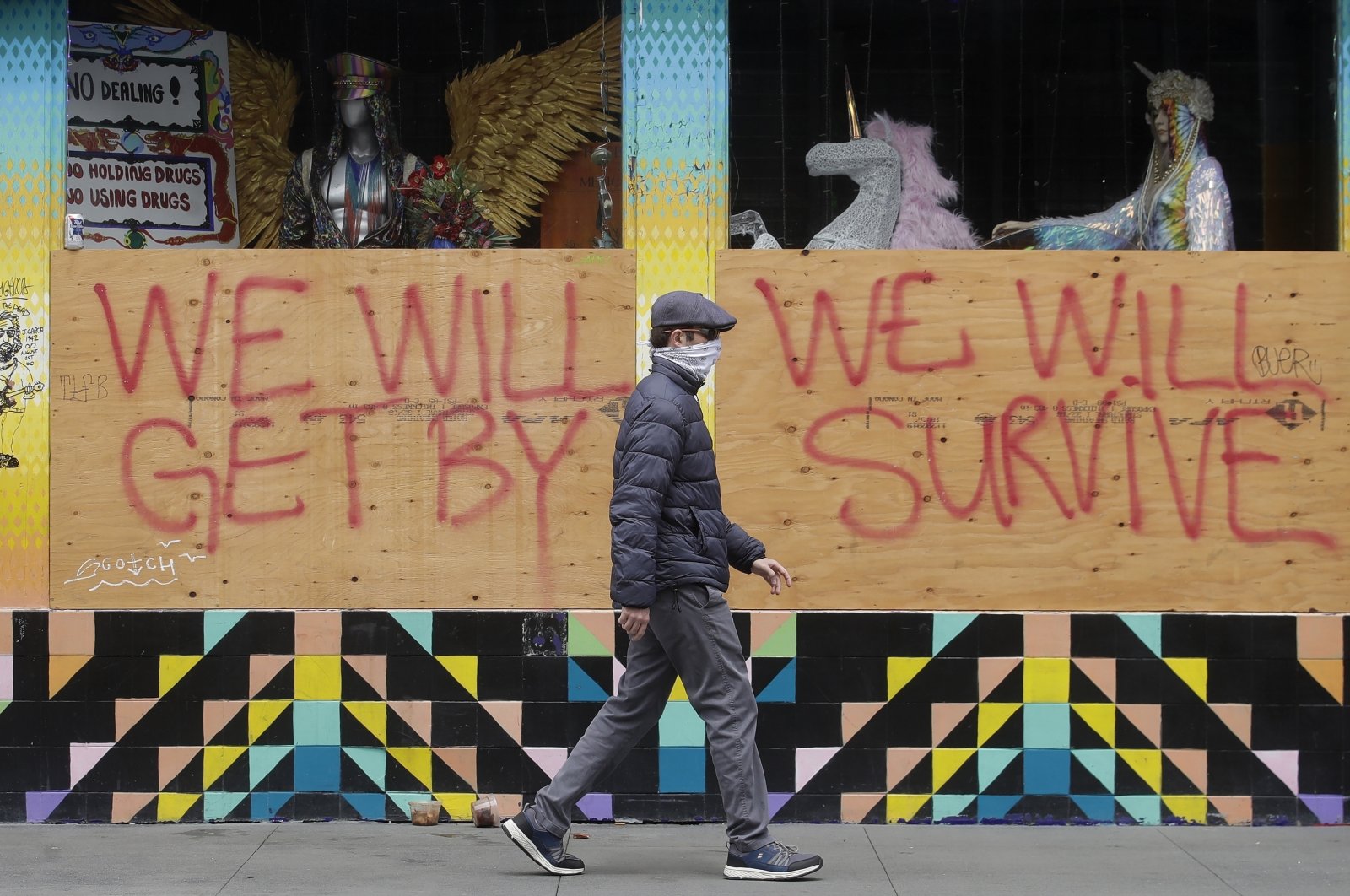 US experts predict a grim picture for the fall and the winter, anticipating a 'twindemic' of the coronavirus and flu as the country marks 200,000 COVID-19 deaths, making up one in five of global deaths

The United States is losing on average over 800 people a day to the coronavirus, accounting for more than one in five deaths globally with the miserable mark of 200,000 deaths, as experts warn of the risks of a third wave in the fall and winter in the country. The pandemic is showing no signs of slowing down with more than 31.2 million infections detected worldwide and 964,000 deaths, and nations are scrambling to contain new outbreaks.

The U.S. has had the world's highest official death toll for months with 199,743 Americans dead as of Monday and 6.8 million confirmed infected. Although new cases are down about 50% from the peak in July, the U.S. is still reporting on average nearly 40,000 new infections a day, the highest number in the developed world.

The death rate has risen by 5% during the last week after four weeks of decline. More than 70% of the fatalities have been among people over the age of 65, according to the U.S. Centers for Disease Control and Prevention (CDC). The University of Washington's health institute forecasts fatalities could reach 378,000 by the end of 2020, with the daily death toll skyrocketing to 3,000 per day in December.

It's likely that the U.S. actually crossed 200,000 deaths in July, said Eric Topol, director of the Scripps Research Institute, citing the excess mortality rate. The initial lack of tests led to an undercount of the virus's toll. "We are the outlier to have been caught totally flat-footed with no testing and just not learning from mistakes," Topol added, explaining why the virus continues to kill more than in Europe, despite improvements in how the disease is managed in hospitals.

The country's daily fatality rate relative to the overall population is four times greater than that of the European Union. Belgium, Spain and Britain still have higher total death rates per capita than the U.S. but were able to partly control the first wave of outbreaks through near-total lockdowns.

Former Food and Drug Administration (FDA) Commissioner Scott Gottlieb told CNBC News that he worries a third wave could be more diffused and spread across a broader section of the country. "I do think that we're going to have a third act of this virus in the fall and the winter, and it's likely to be more pervasive spread in a broader part of the country," he said.

The public health system will be tested as we move into fall and winter, said Harvard epidemiologist Michael Mina. Anticipating a "twindemic" of the coronavirus and flu, officials are stocking up on a record number of flu vaccines.

The epidemic first battered nursing homes in Washington state on the West Coast in January before quickly overwhelming New York City and Northeastern states in March and April. The country enjoyed a reprieve during the early summer before seeing both cases and deaths spike in July. There is no clear consensus on what caused the spike, but health officials point to Memorial Day parties, bars and other high-risk businesses reopening and the public being lulled into a false sense that the worst was over.

In the second wave during the summer, Arizona, California, Florida and Texas became the new epicenters, some of the most populous areas of the country. Through a combination of more states requiring masks and new more targeted restrictions, that second wave has again ebbed. Still, the country is reporting twice as many new cases each day as it did on its best days in the spring.