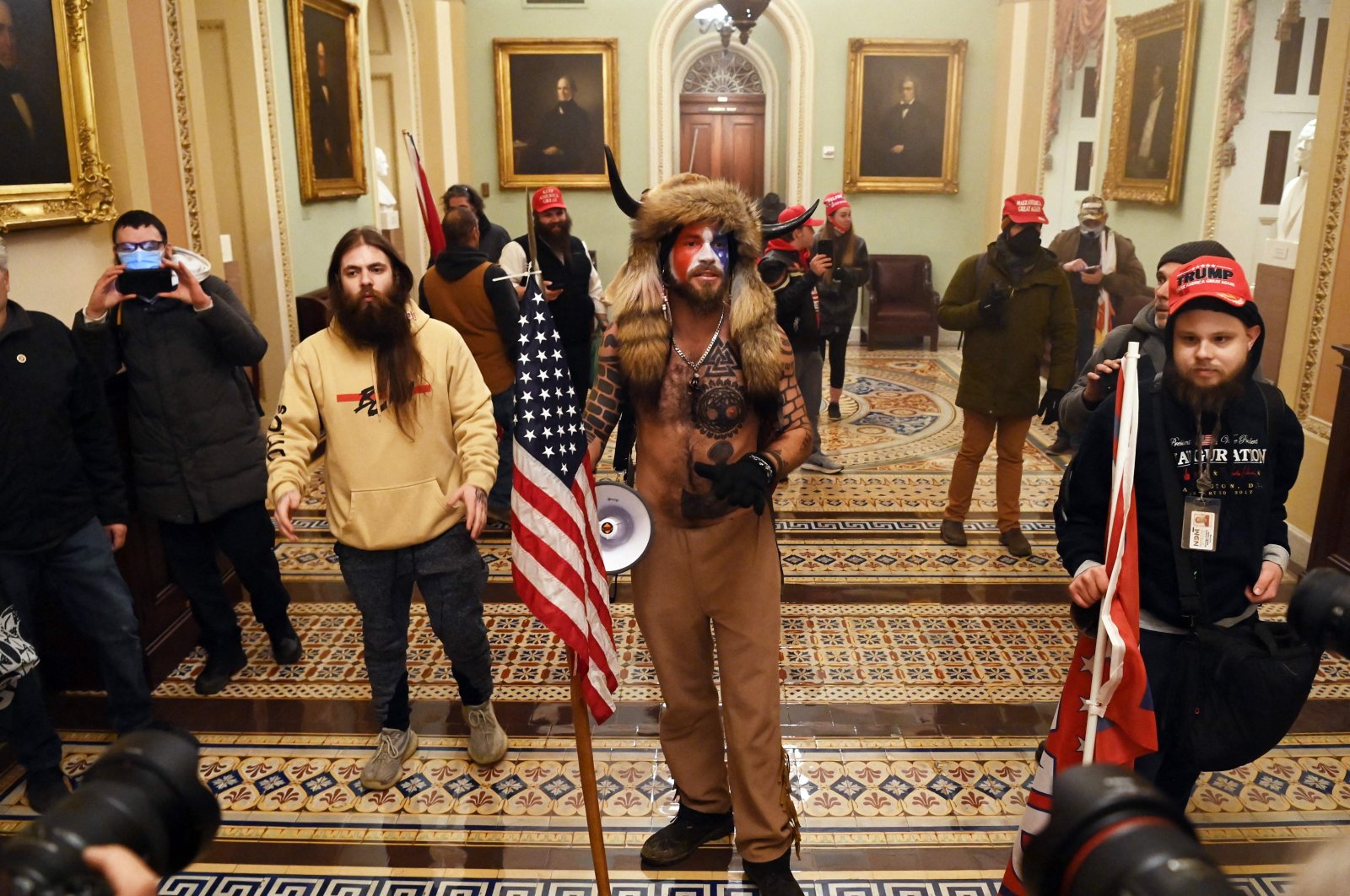 With his bare chest and horned furry headgear, the so-called "shaman" was sentenced Wednesday to 41 months in prison over the Jan. 6 assault on the U.S. Capitol

Jacob Chansley, 34, had pleaded guilty to obstruction of an official proceeding after taking part in the storming of the U.S. Senate chamber by supporters of former President Donald Trump.

The court heard how, after entering the chamber, Chansley had taken then-vice president Mike Pence's seat on the dais, leaving behind a message saying: "It's only a matter of time. Justice is coming."

"Men of honor admit when they're wrong," Chansley told the court.

"I was wrong for entering the Capitol. I had no excuse," he said.

"I'm not an insurrectionist. I'm certainly not a domestic terrorist," he said.

The sentence matched the stiffest yet meted out to the hundreds of Trump supporters who took part in the assault.

Democrats have labeled the attack an insurrection that sought to block Congress from certifying Joe Biden's victory over Trump in the November 2020 presidential election.

Federal prosecutors had sought as much as 51 months in prison for Chansley, a promoter of the QAnon conspiracy theories who had traveled the country appearing at pro-Trump rallies.

Ahead of the sentencing, Assistant U.S. Attorney Kimberly Paschall played for the court videos of Chansley in the Senate chamber, moments after Pence and senators had been evacuated due to the attack.

In the video, Chansley, carrying a spear with a U.S. flag attached and his face painted in red, white and blue, gives a long howl and shouts "time's up," adding an epithet.

"If the defendant had been peaceful on that day, we would not be here... The defendant's activities were anything but peaceful," Paschall told the court.

Chansley recounted a difficult childhood and family life and said he had been diagnosed with a personality disorder.

Chansley was one of more than 600 people charged over the Jan. 6 attack, which succeeded in delaying for several hours the certification of Biden as the incoming president.

Most of the sentences, mainly for charges of illegal entry into the Capitol, have been fairly light.

But most of the more serious cases, relating to conspiracy and assault on police officers, have yet to be heard.

One assailant, Scott Fairlamb of New Jersey, was sentenced in early November to 41 months in prison after pleading guilty for his part in the attack and for assaulting a police officer.