US Democrats pick Pelosi as speaker to lead into Biden era 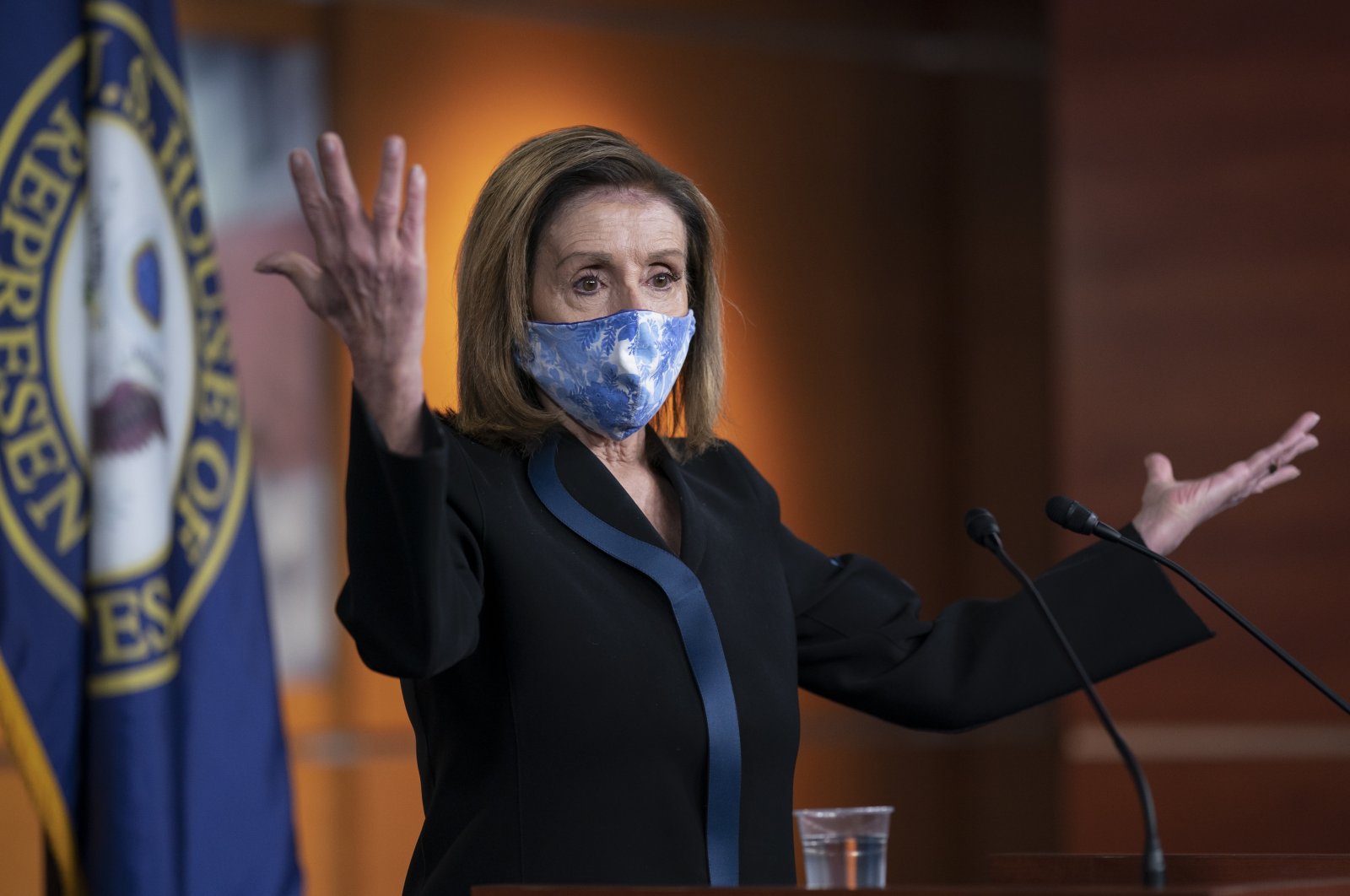 House Democrats nominated Nancy Pelosi on Wednesday as the speaker to lead them into Joe Biden's presidency, but she'd be guiding a smaller and ideologically divided majority as she tries shepherding his agenda toward enactment.

Democrats used a voice vote to make Pelosi, D-California, their choice to serve two more years in her post. Scattered around the country, it was the party's first virtual leadership election, a response to the coronavirus pandemic.

Clyburn revived Biden's faltering bid for the Democratic presidential nomination this year by helping him win the South Carolina primary, a turnaround moment in Biden's campaign.

"Let us all be advocates for unity in the Democratic party, where our values are opportunity and community,” Pelosi, the first female speaker, wrote to Democrats this week.

Underscoring Pelosi's emphasis on inclusiveness, five of the seven Democrats who'd planned to deliver speeches backing her candidacy were women.

The full House will formally elect the new speaker when the new Congress convenes in early January, shortly before Biden's Jan. 20 inauguration.

Pelosi has won wide acclaim among Democrats as a leading foe of outgoing President Donald Trump in battles over impeachment, immigration and health care. She's given as good as she's gotten from the insult-prone Republican president, sometimes directly to his face, prompting him to call her "Crazy Nancy" and Americans to create memes.

But with some votes still being tallied in this month's elections, 10 incumbent House Democrats have been defeated, dashing expectations of adding seats and damaging party morale. Democrats were on track to have perhaps a 222-213 majority, one of the smallest in decades.

This has sparked finger-pointing, with progressives saying the party failed to adequately win over minority and young liberal voters. Moderates say that they were hurt by far-left initiatives like defunding the police and that Pelosi should have struck a preelection stimulus deal with the White House.

Besides bitterness over their election setback, many Democrats continue calling for fresh leadership. Pelosi and Hoyer have been No. 1 and 2 House Democrats since 2003, while Clyburn rose to the No. 3 ranks in 2007. Pelosi and Clyburn are 80, Hoyer is 81.

Pelosi's reelection by the House would give her a seventh and eighth year as speaker. She served the first four during the 2000s until Republicans recaptured the House majority in the tea party election of 2010, a conservative uprising that presaged the rise of Trump.

When the House elects its new speaker, Pelosi will need the majority of votes cast by both parties.

Since nearly all Republicans are expected to back their leader, Rep. Kevin McCarthy, R-California, Pelosi can afford to lose only a few Democrats. When Pelosi nailed down the support she needed to become speaker in 2018, she said she’d agreed to a proposal limiting her to serving in the job only through 2022.