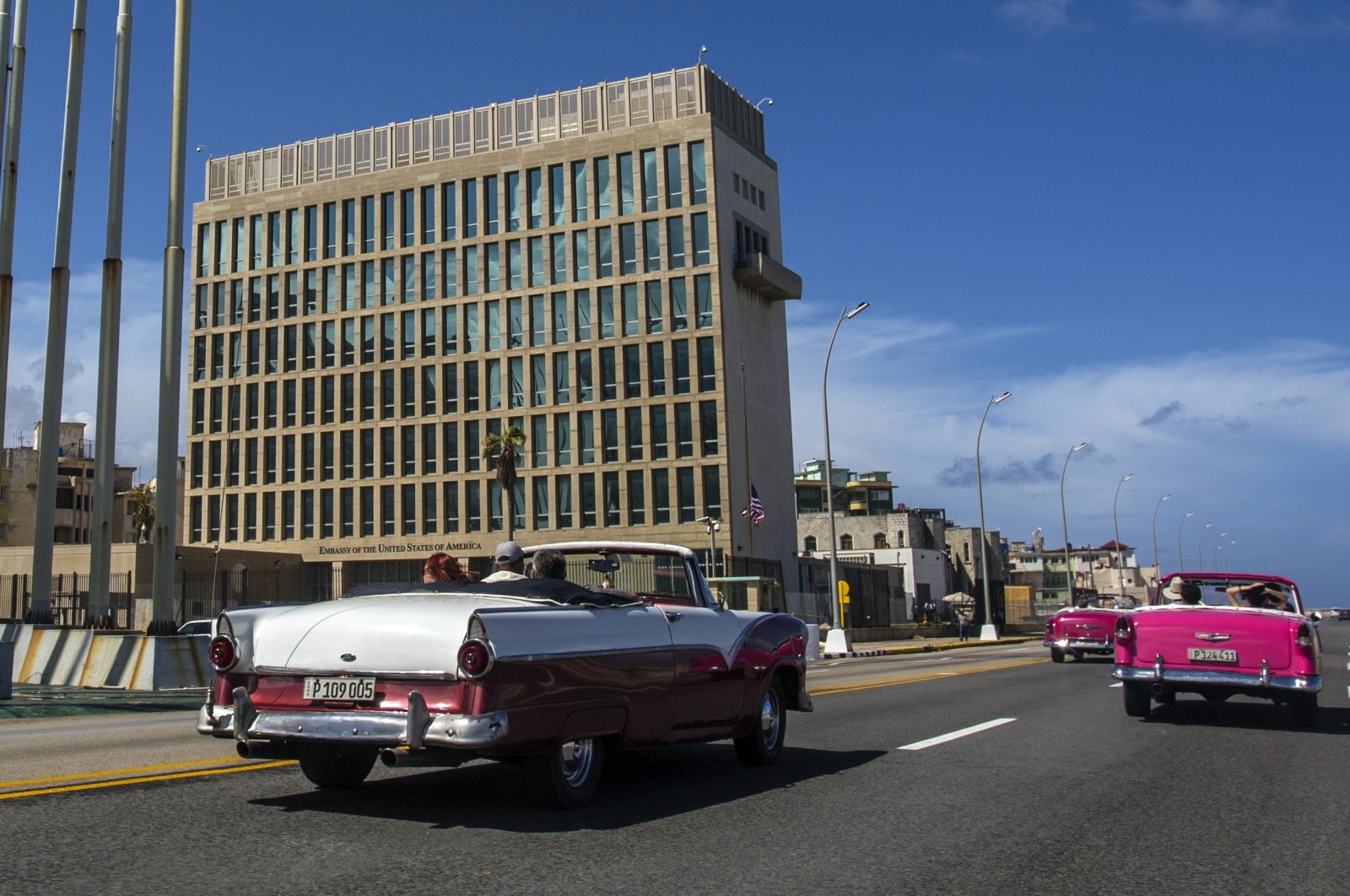 A mysterious affliction dubbed Havana Syndrome that has caused United States diplomats to suffer severe headaches, nausea and possible brain damage has many officials convinced they are under sustained attack using electronic weapons.

On Tuesday, U.S. Vice President Kamala Harris delayed for several hours a trip to Vietnam after the U.S. Embassy in Hanoi reported a possible case involving "acoustic incidents" there, raising concern she could be a target.

Ultimately Harris did go to Hanoi, and the State Department said it was investigating a case of what the U.S. government officially dubs an "anomalous health incident" or AHI.

It was the most recent of dozens of such cases reported by U.S. diplomats and intelligence officers since 2016, first in Cuba, then in China, Germany, Australia, Taiwan and in Washington itself.

In July, the New Yorker magazine reported there have been dozens of cases among U.S. officials in Vienna, Austria since the beginning of 2021.

Amid concerns a powerful rival, possibly Russia, is mounting the attacks, the State Department has warned its thousands of diplomats of the threat while also carrying out extensive medical checks on those heading abroad so as to better measure any effects of future attacks.

"We take each report we receive extremely seriously and are working to ensure that affected employees get the care and support they need," a department spokesperson said.

The number of reported incidents among U.S. officials has been kept under wraps.

After the Hanoi incident, former CIA operative Marc Polymeropoulos, himself a victim in Moscow in 2017, said the volume of attacks appeared to be mounting.

"It would seem to me that our adversaries are sending a clear message that they are not only able to get at our intelligence officers, diplomats and U.S. military officers," Polymeropoulos told the Cipher Brief Open Source Report on Wednesday.

"This is a message that they can get at our senior VIPs."

However, in 2017, Canadian diplomats and their families in Havana reported several of their own cases, months after the first among Americans.

In some cases, people have reported hearing focused, high-pitched or sharp sounds that left them nauseated.

Sometimes the afflicted had bloody noses, headaches and other symptoms that resembled concussions.

The incidents were little understood and sparked theories they were caused by a weapon that used focused microwaves, ultrasound, poison or even were a reaction to crickets.

But for several years, senior government officials dismissed the complaints, judging them to be the symptoms of people under stress or reacting with hysteria to unknown stimuli.

Still, the administration of former President Donald Trump pulled U.S. staff out of Havana and expelled 15 Cuban diplomats from Washington, hinting that either the Cuban or Russian government was behind the attacks.

At the end of 2020, the National Academy of Sciences (NAS) studied the available cases and concluded they appeared to represent a distinctive set of symptoms unlike any other known disorder.

Their report noted there was wide variance among the known cases, not all tied to a perceived sharp, directed sound.

But it said the best explanation would be pulsed, directed microwaves.

In March, the CIA created a task force to study the problem.

But on Aug. 9, U.S. Director of National Intelligence Avril Haines said after a meeting of senior cabinet officials that they remained stumped.

The officials unanimously agreed "it is a top priority to identify the cause of AHI, provide the highest level of care to those affected and prevent such incidents from continuing," Haines said.