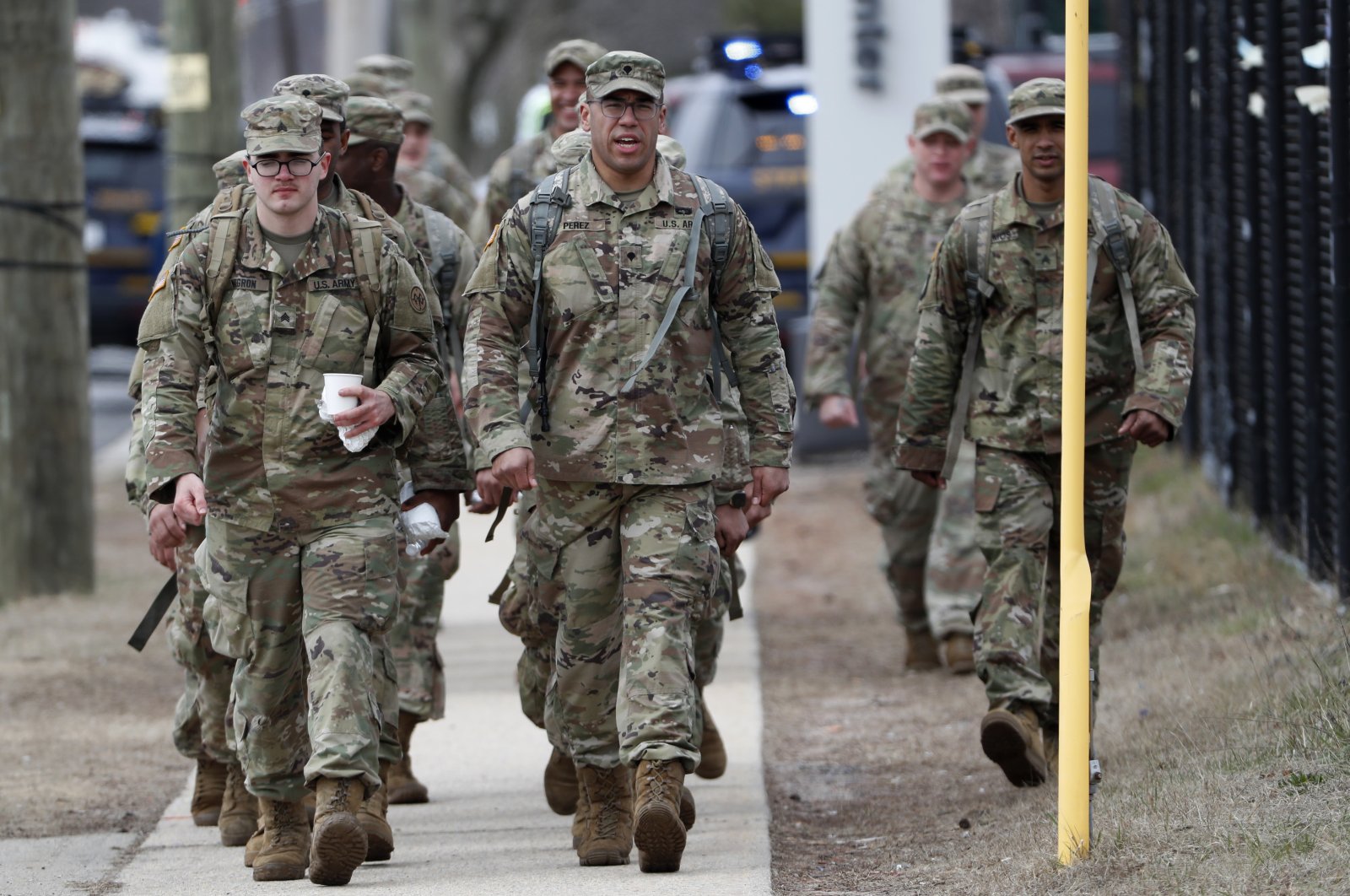 As the United States ramps up measures to fight the ongoing coronavirus pandemic, the country's military is preparing its armed forces to take on a larger role in response to the outbreak, including suppressing potential "civil disturbances" and administering law and order. The military is mulling whether to use state guards or federal forces for the task, according to a report carried by Newsweek.

The National Guard, part of the reserve component of the U.S. Armed Forces, has already been called up in 27 states, including New York and California, to assist with cleaning public spaces and to deliver food to homes.

Gen. Joseph Lengyel, chief of the National Guard Bureau, said that a total of about 2,000 troops had been activated so far and that he expected that number to double by the weekend.

“It’s hard to tell what the exact requirement will be, but I’m expecting tens of thousands to be used in the states as this grows,” Lengyel said during a Pentagon press briefing.

Nearly 9,000 cases of the novel coronavirus have been reported in the United States, with more than 3,000 in New York state, according to state health departments.

“It’s a historic event, unlike any we have faced in recent years,” Lengyel said.

Dealing with the coronavirus outbreak is an unusual mission for the National Guard, best known for assisting during national disasters like hurricanes and supplementing the U.S. military overseas or during times of war. More than 21,000 National Guard members are currently abroad. Lengyel compared the coronavirus outbreak to a national disaster of unprecedented scale.

“It’s like we have 54 separate hurricanes in every state and territory and the District of Columbia... Unlike a hurricane, we don’t know when this is going to dissipate or move out to sea,” he added.

Even within the military, the disease is taking a toll. The Pentagon said that 51 U.S. military service members had been diagnosed but, as of Thursday, none were hospitalized and two had recovered.

In a sign of the impact the outbreak was having, the director of the Defense Health Agency said on Thursday that calls to the U.S. military health system’s nurse advice line had surged by about 500% in just the past few days.