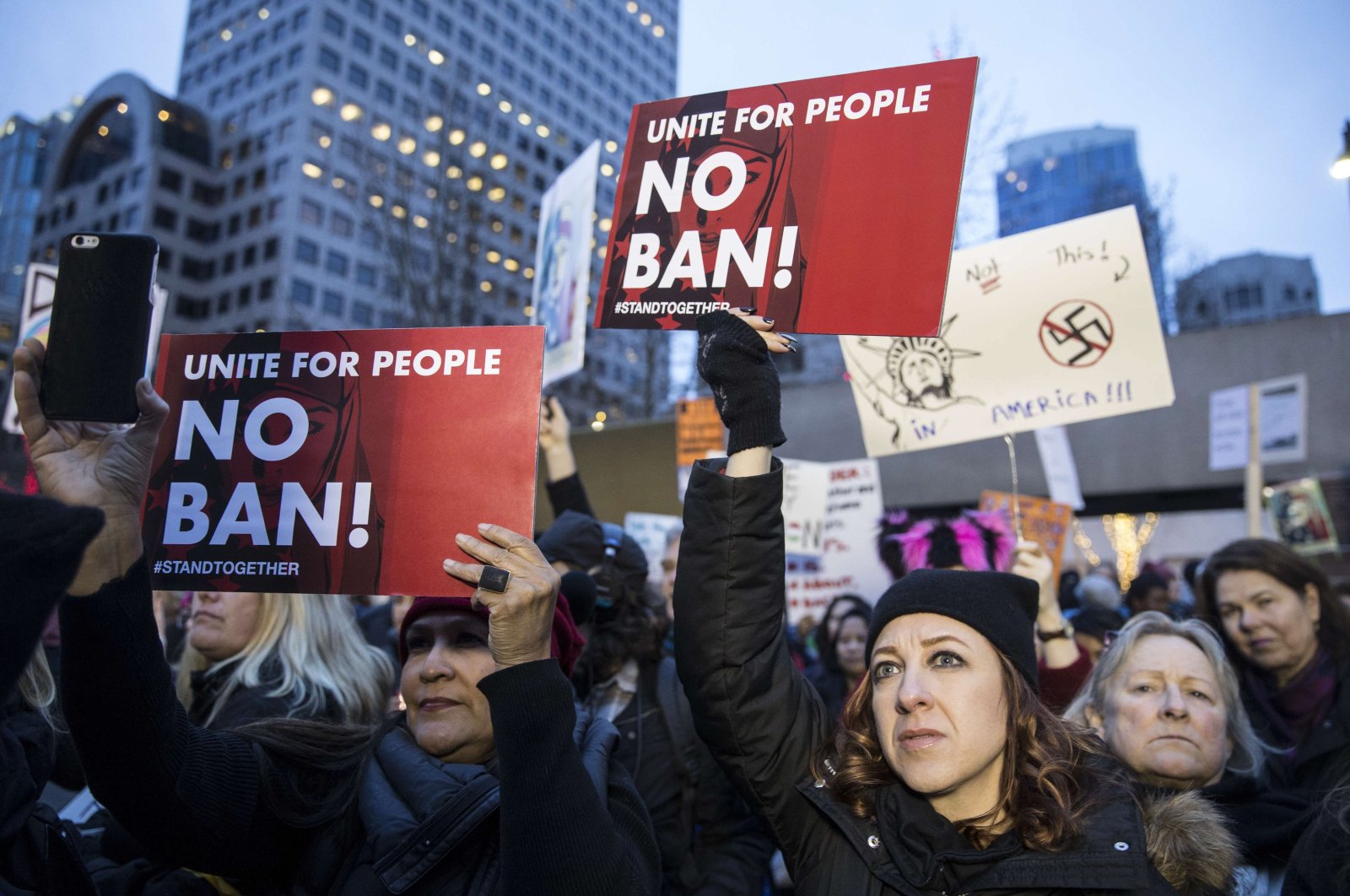 The United States House of Representatives passed legislation Wednesday restricting the ability of any U.S. president to implement a travel ban based on religion, a move that was warmly welcomed by civil rights groups that asserted that the bill is "a major step forward."

The law was presented as a response to former President Donald Trump's controversial “Muslim ban” that banned residents from several Muslim-majority countries from traveling to the U.S. The bill, informally known as the NO BAN Act, was approved by a 218-208 vote in the House and will go to U.S. Senate to be voted into law.

“The Muslim ban tore families apart, put lives on hold for years and labeled Muslims, Africans and other targeted people as threatening outsiders,” a counsel to Muslim Advocates, a U.S. civil rights group, Madihha Ahussain said. “We must ensure that no president can enact discriminatory bans like this ever again and with the passage of the NO BAN Act in the House, we are taking a major step forward to ensuring that they won’t,” Ahussain said in a statement, according to Doha-based Al-Jazeera.

U.S. President Joe Biden signed a string of executive orders reversing key Trump administration policies, including the so-called "Muslim ban" just hours after his inauguration on Jan. 20. Trump issued the ban shortly after taking office in 2017, arguing that the law would help to prevent "terrorists" and "threats to public safety" from entering the country.

While Biden ordered all American embassies and consulates to resume visa processing in a manner consistent with the move, the White House spokesperson, Jen Psaki, told reporters at a press briefing that the restrictions were "rooted in religious animus and xenophobia."

Human rights groups worldwide have welcomed the reverse, calling it "an important first step toward undoing the anti-Muslim and anti-immigrant policies of the previous administration.”

"It is an important fulfillment of a campaign pledge to the Muslim community and its allies," Nihad Awad, head of the Council on American-Islamic Relations (CAIR), the U.S.' largest Muslim civil rights organization, said.

Initially, the ban extended to most people who tried to come to the U.S. from Syria, Iran, Yemen, Somalia and Libya, as well as from North Korea and Venezuela. In 2020, Trump expanded it to include Myanmar, Eritrea, Kyrgyzstan, Nigeria, Sudan and Tanzania.

The ban had an immediate impact on Muslim Americans and their families, refugees and others who remained in third countries. The law was criticized as discriminatory and punitive as it divided families, restricted people from getting access to health care and prevented friends and family from attending weddings, funerals and graduations.

“My world basically turned upside down,” Pamela Raghebi of Seattle said Wednesday in a phone interview with The New York Times. She recalled how Trump's blockade had stranded her spouse overseas. “They scapegoated a whole culture throughout the world. That can’t be allowed to happen again.”

Marielena Hincapie, an executive director of the National Immigration Law Center, said in a statement on Wednesday that the "Muslim and African Bans abused executive power to discriminate against and harm countless people based solely on their national origin or religion."

“The NO BAN Act will make sure that no president can weaponize this dangerously overbroad power again,” Hincapie added.

The NO BAN Act will amend U.S. immigration law to prohibit discrimination based on religion and limit the ability of presidents to issue decrees to impose any such travel restrictions in the future.

Even though Trump was defeated in the 2020 presidential election and Biden lifted the travel ban, U.S. lawmakers said it was important to take legislative action.

“Donald Trump’s Muslim ban is a dark stain on our country’s history, and it must never happen again,” said Democratic Representative Don Beyer, a sponsor of the bill. “It is very important to make clear to the American people and to the world that this betrayal of our national values, which hurt so many people, is not what we stand for and will not be repeated,” Beyer said when the bill was introduced.

While, Republicans opposed the bill, arguing that immigration controls should be tightened, not loosened, given the intense migration across the southwest border, it is unclear what prospects the Democratic-backed bill will have in the U.S. Senate, where Democrats have only a small majority.