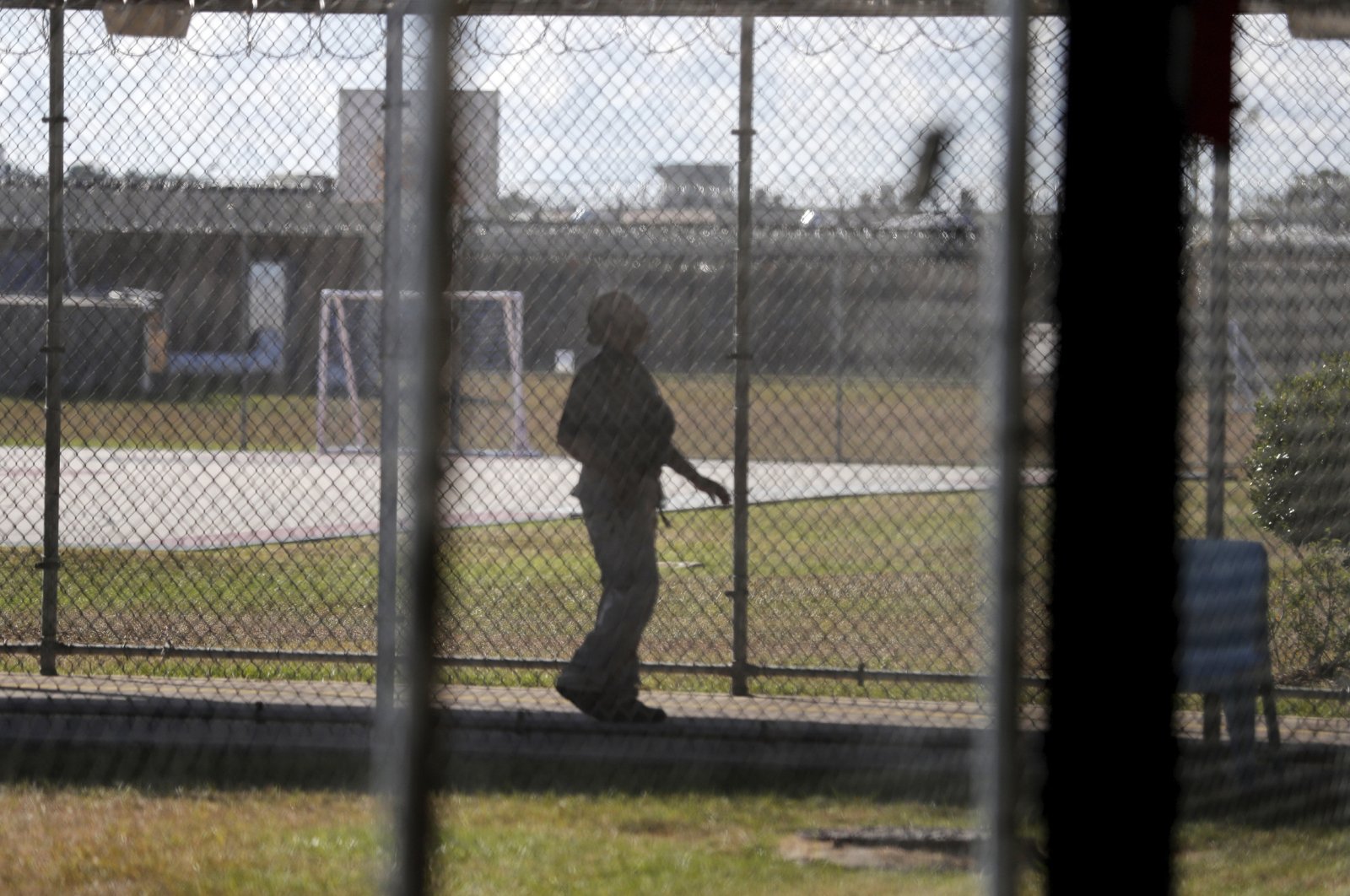 The United States immigration detention system welcomed Alexander Martinez with abuse and harassment after he fled El Salvador to save himself from government persecution and the notorious MS-13 gang.

Since crossing the border illegally in April, the 28-year-old has bounced between six different facilities in three states. He said he contracted COVID-19, faced racist taunts and abuse from guards and was harassed by fellow detainees for being gay.

“I find myself emotionally unstable because I have suffered a lot in detention,” Martinez said last week at Winn Correctional Center in Louisiana. “I never imagined or expected to receive this inhumane treatment," he said.

He's among a growing number of people in immigration detention centers nationwide, many of whom, like Martinez, have cleared their initial screening to seek asylum in the U.S.

The number of detainees has more than doubled since the end of February, to nearly 27,000 as of July 22, according to the most recent data from U.S. Immigration and Customs Enforcement (ICE). That’s above the roughly 22,000 detained last July under then-President Donald Trump, though it’s nowhere close to the record in August 2019, when the number of detainees exceeded 55,000, ICE data shows.

The rising detentions is a sore point for President Joe Biden’s pro-immigration allies, who hoped he would reverse his predecessor’s hardline approach. Biden campaigned on ending “prolonged” detention and use of private prisons for immigration detention, which house the majority of those in ICE custody.

“We’re at this really strange moment with him,” said Silky Shah, executive director of Detention Watch Network, which advocates for ending immigration detention outright. “There’s still time to turn things around, but his policies so far haven’t matched his campaign rhetoric,” said Shah.

In May, the Biden administration terminated contracts with two controversial ICE detention centers – one in Georgia and another in Massachusetts – getting praise from advocates who hoped it would be the start of a broader rollback.

But no other facilities have lost their ICE contracts, and Biden has proposed funding for 32,500 immigrant detention beds in his budget, a modest decrease from 34,000 funded by Trump.

A White House spokesperson said Biden's budget reduces the number of ICE detention beds and shifts some of their use to processing immigrants for parole and other alternatives.

Homeland Security Secretary Alejandro Mayorkas said in a recent congressional hearing that he's “concerned about the overuse of detention” and pledged to continue to review problematic facilities.

The rising number of asylum-seekers detained for prolonged periods is among the most concerning developments, said Heidi Altman, policy director at the National Immigrant Justice Center.

The number of detainees who have passed their initial asylum screening has leapt from around 1,700 in April to 3,400 in late July, making up about 13% of all detainees, according to the most recent ICE data.

“By ICE’s own policy, these are people that shouldn’t be in detention any longer,” Altman said, citing ICE's process for paroling asylum-seekers until a judge decides their case.

Martinez, the Salvadoran national, cleared his initial screening in May, which determines whether an asylum-seeker has a “credible fear” of persecution in their homeland.

But his lawyers say ICE is keeping him detained because it wrongly believes he’s a member of the MS-13 gang.

Martinez says he fled El Salvador after he and his family received death threats because he testified against the gang in the killing of one of his friends. He says investigators tried to get him to testify in other gang-related murders but he was reluctant because he had not witnessed those crimes.

“I was very scared," Martinez said. "I told the investigators that I was going to leave the case. I didn’t want to go through the process anymore because I don’t want them to hurt my family, let alone me.”

ICE officials in New Orleans declined to comment on Martinez’s case and specific concerns about treatment at the Winn prison, citing federal confidentiality rules for cases dealing with victims of violence and other crimes.

Winn, one of the nation's largest ICE detention centers, has long angered civil rights groups. The Southern Poverty Law Center in June called on the Biden administration to cancel its government contract, citing abuse, medical neglect, racism and other mistreatment at the facility, which is tucked in a dense forest in rural Louisiana and ringed by barbed wire.

An agency spokesperson said ICE generally is committed to ensuring detainees are in a safe, secure and clean environment, are provided comprehensive medical care and have their concerns and complaints addressed by staff in writing.

Immigration opponents argue that a more troubling trend than the rise in detentions is an apparent drop-off in ICE enforcement in cities and towns.

That means most of those in detention were apprehended trying to enter the country illegally, not from local immigration enforcement, said Andrew Arthur, a fellow at the Center for Immigration Studies, which advocates for lower immigration.

“We’re simply not enforcing immigration law in the interior of the country,” he said.

Meanwhile, detainees and advocates call for closing detention facilities in favor of monitoring paroled immigrants with GPS devices and other measures.

“At the end of day, we’re detainees, not inmates,” said Jean Claude Wright, a 38-year-old native of Trinidad and former U.S. Air Force officer named in the complaint. “But this is worse than prison.”

ICE detainees at the Plymouth County House of Corrections in Massachusetts similarly sent a letter to supporters in June, detailing issues like restrictions on visits.

Allison Cullen says she hasn’t been able to visit her husband, a Brazilian national, since before the pandemic.

The couple’s youngest child was only a few months old when Flavio Andrade Prado was detained, and he hasn't seen his now-2-year-old daughter in person in months, she said.

“We’re in this never-ending limbo,” said Cullen, a U.S. citizen from Brockton, about 40 kilometers (25 miles) south of Boston. “There is no easy way to talk to my kids about what’s going on and when dad is coming home,” she said.

Back in Louisiana, Martinez says he’s asked to be placed in solitary confinement, fearing for his safety.

Two detainees who harassed him for being gay were moved, but ICE officials later sent him to a higher-security unit where he said many gang-affiliated detainees are housed.

He says he spends most of his days in his cell, with limited access to communications and recreation.

“It’s really difficult and miserable, and I’m all alone all the time,” Martinez said. “I’m a good person. This treatment is inhuman.”

He wants to settle in San Jose, California, where a friend promised to help him find work. He wants to send money back to El Salvador – his mother has cancer and his younger sister is in college.

“I just want what everyone wants," Martinez said, “to get out, be free and help support my family.”