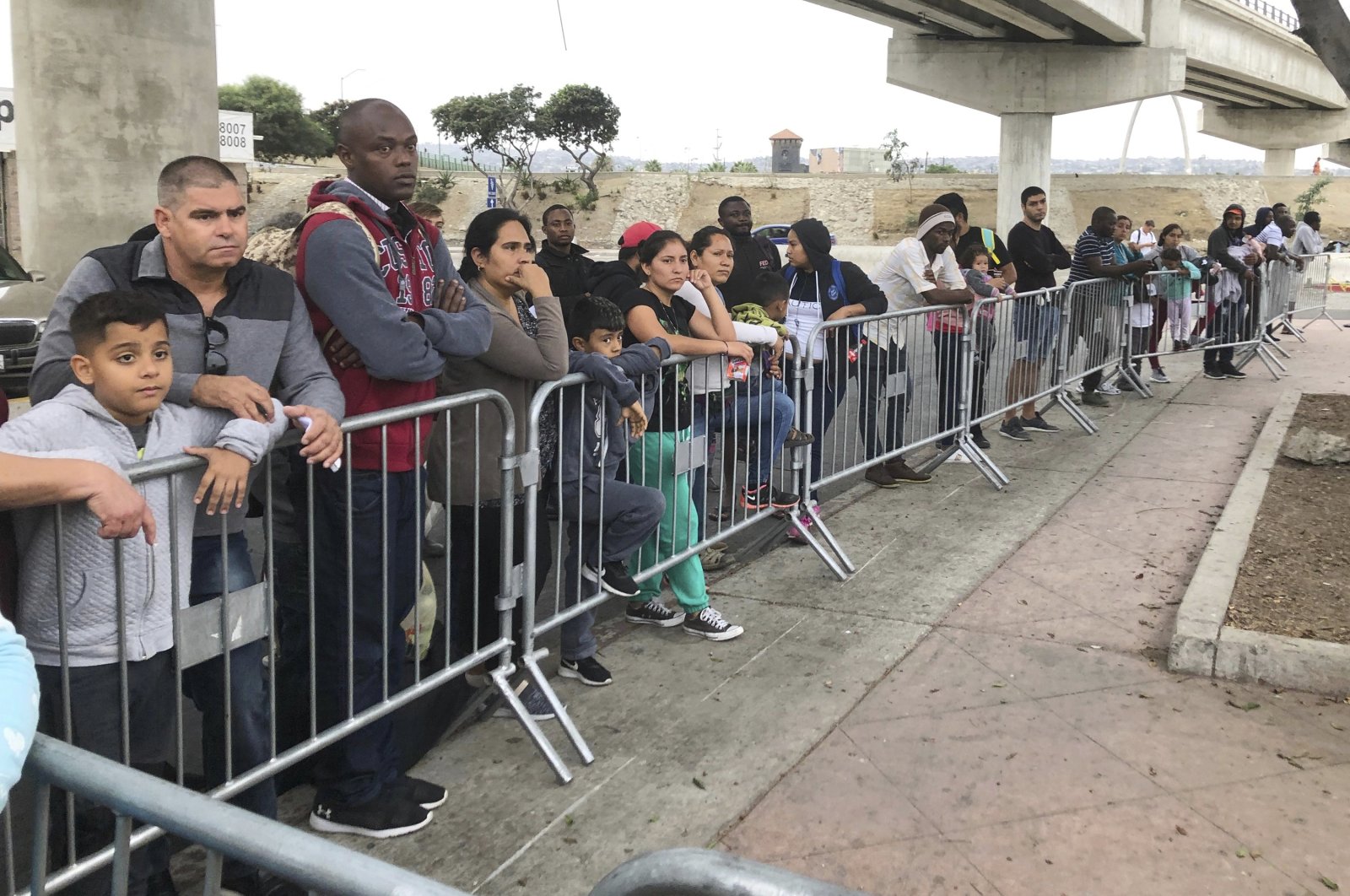 A U.S. federal judge ruled Thursday that it was unconstitutional to force asylum-seekers to wait in Mexico until space opens up to process their claims.

U.S. District Judge Cynthia Bashant's ruling has no immediate impact but could prevent the U.S. government from limiting entry for asylum-seekers because it says it lacks resources. It could also bring relief to some of the tens of thousands of people who put their names on unofficial waiting lists in Mexican border towns.

Bashant, who was appointed by President Barack Obama, ordered the Justice Department and plaintiffs led by Los Angeles-based advocacy group Al Otro Lado to recommend next steps by Oct. 1.

The practice of capping how many people can claim asylum at U.S. land crossings with Mexico, known as “metering,” began in 2016 under President Barack Obama when large numbers of Haitians appeared at the main crossing to San Diego from Tijuana, Mexico. It expanded across the border in 2018 under the Trump administration, spawning often-dubious waiting lists that varied sharply by Mexican border city.

The U.S. stopped accepting all asylum-seekers at border crossings in March 2020, with few exceptions, under pandemic-related authority known as Title 42. The Trump administration first invoked the authority to prevent spread of the coronavirus, and the Biden administration extended it. The judge asked both sides to explain the impact of Title 42 on her ruling.

Waiting lists continue to grow. They had more than 18,600 names in eight Mexican border cities in May, more than half in Tijuana, according to a report by the Strauss Center for International Security and Law at the University of Texas at Austin. Waiting lists peaked at nearly 27,000 names in August 2019.

The judge found in a 45-page ruling that the practice violated constitutional rights to due process under the law and a federal law requiring officials to screen anyone who shows up seeking asylum.

The judge, ruling in a lawsuit filed nearly four years ago, unequivocally backed criticisms that U.S. officials did not monitor the waiting lists, which were subject to fraud and corruption, and that asylum-seekers were exposed to grave physical danger while waiting in Mexico. Those who sued the government felt vindicated.

“The Court properly recognized the extensive human costs of metering, including the high risk of assault, disappearance, and death, when Customs and Border Protection officers flout their duty to inspect and process asylum seekers and force them to wait in Mexico,” said Melissa Crow, an attorney for the Southern Poverty Law Center.

President Joe Biden called metering “disastrous” during his campaign, but it is unclear if he still holds that opinion or if courts may force him to adopt the practice anyway. Last week, the Supreme Court ordered the administration to reinstate Trump's “Remain in Mexico” policy to make asylum-seekers who had already entered the United States and received court dates to wait in Mexico for hearings in U.S. immigration court.

Metering was one of the Trump administration's main responses to the United States becoming the world's top destination for asylum-seekers. Officials said migrants weren't being denied rights to seek asylum, just being forced to wait until there were resources to process their claims.

In Piedras Negras, Mexico, a restaurant owner managed the waiting list for those wanting to seek asylum at the crossing to Eagle Pass, Texas. In Ciudad Juarez, across from El Paso, Texas, a migrant shelter registered asylum-seekers by writing numbers on their arms in black ink and later by giving them wristbands. In San Luis Colorado, on the Arizona border, a migrant managed the list and appointed a successor when their turn came to claim asylum in the United States.