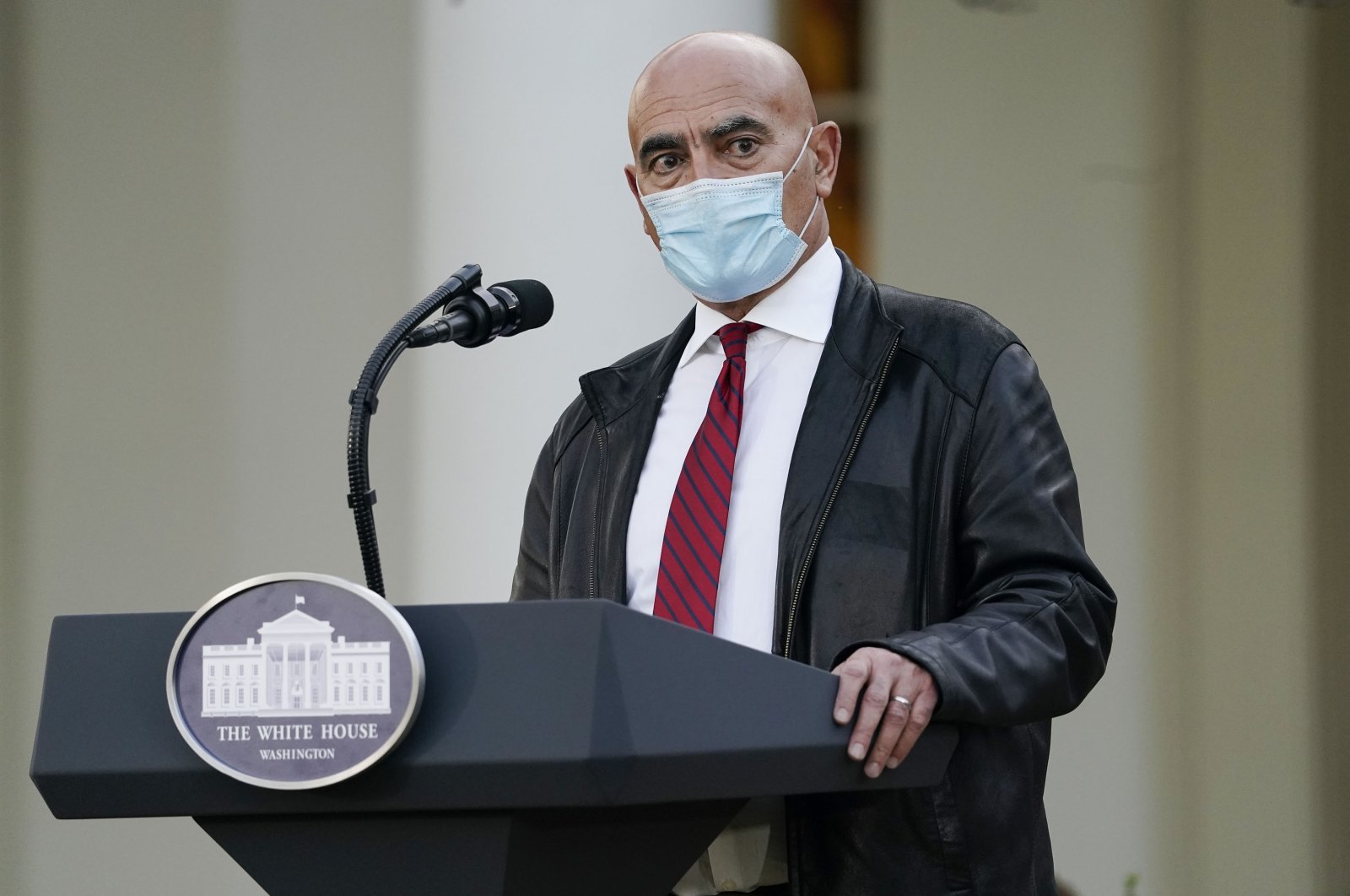 U.S. authorities are looking "very carefully" into the virus variant spreading in the United Kingdom, top health officials said Sunday, while indicating that a ban on travel to the United Kingdom was not currently in the cards.

Moncef Slaoui, a chief advisor to the government's Operation Warp Speed vaccine program, told CNN's "State of the Union" that U.S. officials "don't know yet" if the variant is present in the country.

"We are, of course... looking very carefully into this," including at the National Institutes of Health and the U.S. Centers for Disease Control and Prevention, he said.

At the moment, he said, no strain of the virus appears to be resistant to the vaccines available.

"This particular variant in the UK, I think, is very unlikely to have escaped the vaccine immunity," Slaoui said.

"I don't think there's any reason for alarm right now," agreed Admiral Brett Giroir, the U.S. official overseeing coronavirus testing, when asked about the new variant on ABC's "The Week."

Asked whether the United States was likely to follow the example of European countries that have suspended flights from the United Kingdom, Giroir replied: "I really don't believe we need to do that yet."

Nearly 8 million more COVID-19 vaccine doses are to ship across the U.S. on Monday, Slaoui told CNN – two million of the Pfizer/BioNTech vaccine and 5.9 million of the Moderna shot that was greenlighted on Friday.

The first Moderna shot was "most likely to be tomorrow morning," he said.

Vaccine for all by summer, or fall

Slaoui spoke after some states had complained of delays in receiving doses of the Pfizer vaccine – a delay which General Gus Perna, who is overseeing the logistical operation as part of Operation Warp Speed, apologized for on Saturday.

"We will work and learn from our mistakes," Slaoui said. The U.S. government still expects 20 million people to be vaccinated by the end of the year or the first week of January.

While Vice President Mike Pence has done so publicly, and President-elect Joe Biden is to do so Monday, President Donald Trump has so far not indicated he will take the vaccine any time soon.

With vaccine skepticism a concern, Giroir encouraged Trump to do so for his own health – "and also to generate more confidence among the people who follow him so closely."

But surgeon general Jerome Adams told CBS's "Face the Nation" that, due to the antibodies the president received during his own bout with COVID-19, "that is actually one scenario where we tell people maybe you should hold off on getting the vaccine."

With vaccines on the move, there is light at the end of the tunnel – but Slaoui warned the situation will "get worse" before it gets better, citing a surge after Thanksgiving and the coming year-end holidays.

The Centers for Disease Control is due to meet later Sunday to prioritize the next high-risk groups for vaccination.