US officer fatally shoots man with child 'in hostage position' 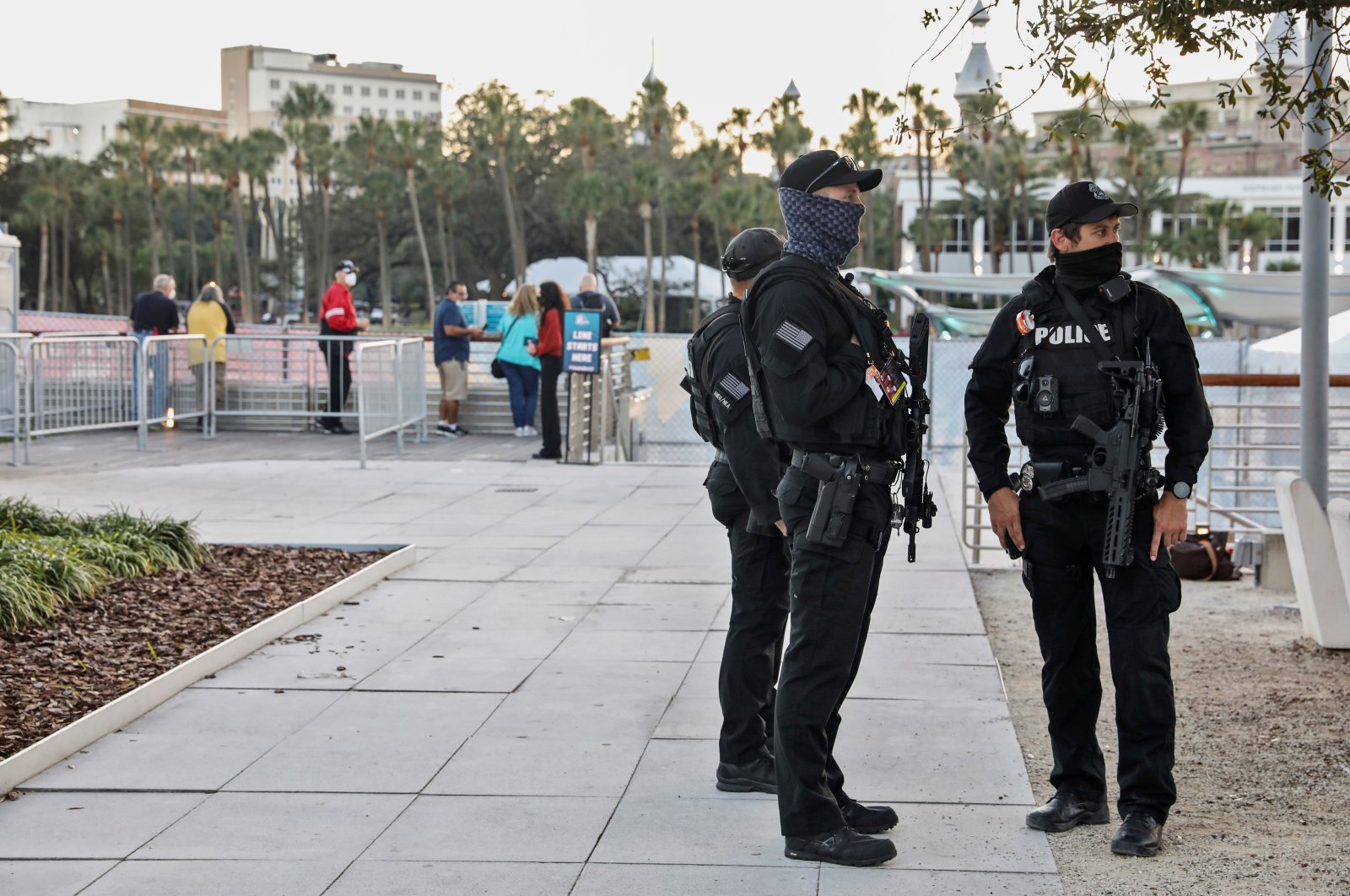 Police are seen at the Super Bowl Experience presented by Lowe’s at Curtis Hixon Waterfront Park ahead of the weekend's Super Bowl in Tampa, Florida, U.S., on Feb. 5, 2021. (Reuters Photo)
by Associated Press Feb 11, 2021 4:31 pm

A police officer in Texas shot and killed a man holding a child and woman hostage after breaking into their home, authorities said.

The 21-year-old man was holding the boy in front of him "in a hostage position” when a SWAT officer opened fire, killing the man, Austin Police Chief Brian Manley said. The 10-year-old boy and the woman weren't injured in the Wednesday night standoff, Manley said.

Investigators believe the man first crashed his vehicle into a home, then broke into a different home on the same street, Manley said.

The man then opened fire on responding officers, who were not struck by gunfire, he said.

The investigation is still in its early stages, Manley said, but authorities don't believe there was any connection between the man and the two people he held hostage.