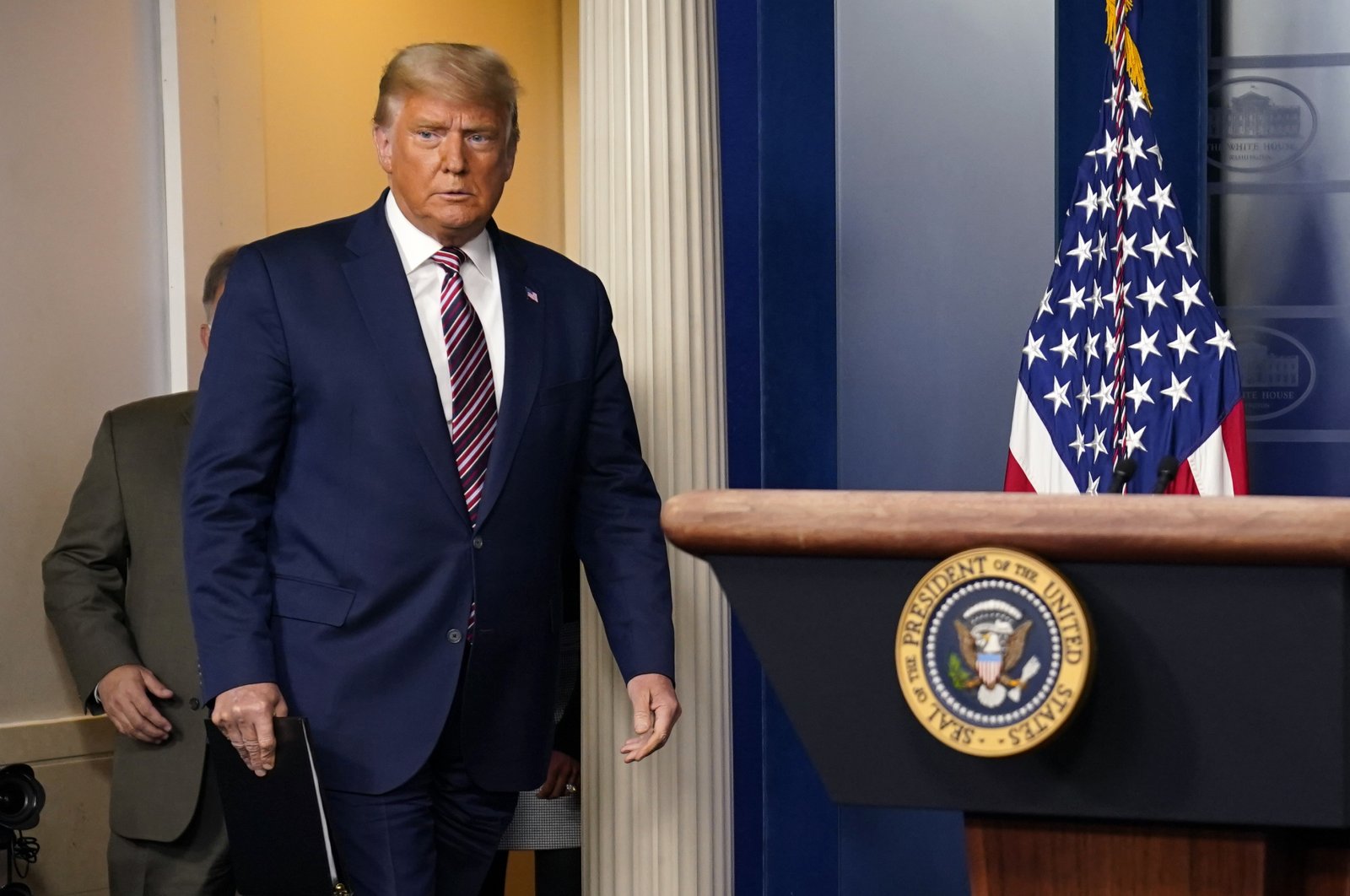 President Trump has pushed ahead with legal challenges to the results of last week's election, blocking government officials from cooperating with President-elect Biden and throwing the presidential transition into turmoil

The transition of power in the United States has faced potential roadblocks from President Donald Trump and his administration with the incumbent's team authorizing the Justice Department to conduct a probe into unsubstantiated allegations of voter fraud.

On Monday, Attorney General William Barr authorized U.S. attorneys to probe "substantial" allegations of voter irregularities and election fraud, though no widespread instances of that type of trouble in the 2020 election have been found. In fact, election officials from both political parties have publicly stated that voting went well, and international observers also confirmed that there were no serious irregularities.

Many Republican lawmakers were reluctant to speak up about the election, seeing little political incentive to take a firm stance on Trump’s transition from the White House. Republicans on Capitol Hill have been hesitant to push Trump to concede to President-elect Joe Biden, knowing it would anger their base of Trump’s most devoted supporters. Most were not overtly encouraging the president’s unfounded claims of fraud but allowing baseless questions about the election process to linger.

Biden pressed forward with plans to build his administration, assembling a team of experts to face the surging pandemic. But the federal agency that needs to greenlight the beginnings of the transition of power held off on taking that step, and the White House moved to crack down on those not deemed sufficiently loyal as Trump continued to refuse to concede the race.

The Electoral College is slated to formally confirm Biden's victory on Dec. 14, and the Democrat will be sworn into office in late January.

Biden's transition team is considering legal action over a federal agency's delay in recognizing the Democrat's victory over Trump in last week's election, a Biden official said Monday. The General Services Administration (GSA) normally recognizes a presidential candidate when it becomes clear who has won an election so that a transition of power can begin. That has not yet happened despite U.S. television and news networks declaring Biden the winner on Saturday after he secured enough electoral votes to secure the presidency. The law does not clearly spell out when the GSA must act, but Biden transition officials say their victory is clear and a delay is not justified, even as Trump refuses to concede defeat.

GSA Administrator Emily Murphy, appointed by Trump in 2017, has not yet determined that "a winner is clear," a spokesperson said. A source close to Murphy said she was a thorough professional who would take her time making a careful decision.

A Biden transition official told reporters during a call that it was time for the GSA's administration to grant what is known as an ascertainment recognizing the president-elect, and said the transition team would consider legal action if it was not granted.

The delay is costing the Biden team access to millions of dollars in federal funding and the ability to meet with officials at intelligence agencies and other departments. The transition team needs to be recognized to access funds for salaries, consultants and travel, as well as access to classified information, the official said. In addition, the team has no access to the State Department, which usually facilitates calls between foreign leaders and the president-elect, the official said.

A senior administration official said the agency did not approve the start of a formal transition process in 2000 for five weeks while Republican George W. Bush and Democrat Al Gore battled over an election that came down to just hundreds of votes in Florida.