by COMPILED FROM AGENCIES 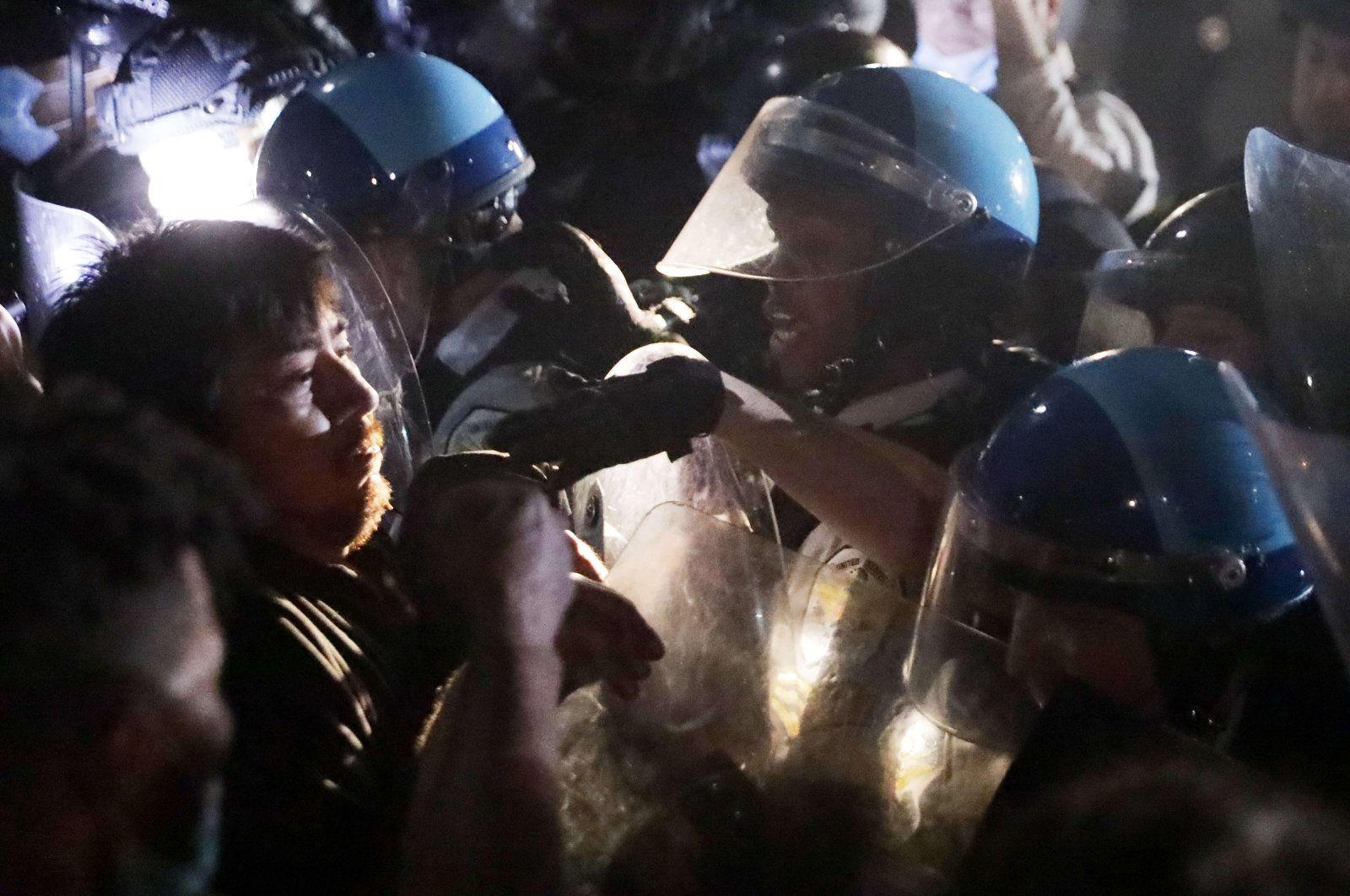 Demonstrators clash with police during a protest in response to the police killing of George Floyd in Lafayette Square Park in the early morning hours of May 30, 2020, in Washington. (AFP Photo)
by COMPILED FROM AGENCIES
May 30, 2020 5:09 pm

A police officer was seen on camera firing what appeared to be pepper balls at a news crew during a live television broadcast of the second night of Louisville protests, prompting an apology from the Louisville Metro Police Department.

The WAVE-TV news crew was downtown in the Kentucky city Friday night, covering demonstrations over the death of Breonna Taylor, a black woman killed by police in her own home in March. Anger over the killing has been reignited by nationwide protests over the death of unarmed black man, George Floyd, at the hands of police this week.

As WAVE-TV was on air, reporter Kaitlin Rust is heard yelling off-camera: “I’ve been shot! I’ve been shot!” Video then proceeds to show a police officer aiming directly at the camera crew, with Rust describing the projectiles as “pepper bullets.”

A spokeswoman for Louisville Metro Police apologized for the incident on Friday evening, telling the Courier-Journal it is not the department's intention “to target or subject the media as they try to cover this.”

“It's not something that should have occurred if she was singled out as a reporter, and that is what the video looks like occurred,” the spokesperson said.

Halladay said she couldn’t tell who the officer was at this time, but that police would review the video again and “if we need to do any investigation for discipline, we will do that.”

The video shows Rust and the camera crew moving away as indignant in-studio anchors ask about the situation. Rust tells them they’re OK, and that the crew was behind the line, but police wanted them to move further away. “Well, I’m sure if they would have just said, ‘Move,’ you would have done so,” an anchor is heard telling Rust.

A clip of the WAVE-TV broadcast posted to Twitter amassed more than 8 million views in less than six hours and was retweeted more than 50,000 times, including by other journalists and rapper Ice-T.

The use of non-lethal force on the WAVE-TV crew happened the same day a black CNN reporter was arrested live on air while covering protests in Minnesota.

CNN called the arrests a "clear violation of their First Amendment rights" in a tweet. The First Amendment to the U.S. Constitution protects freedom of speech and of association.