US security firm in hot water over role in Haiti assassination 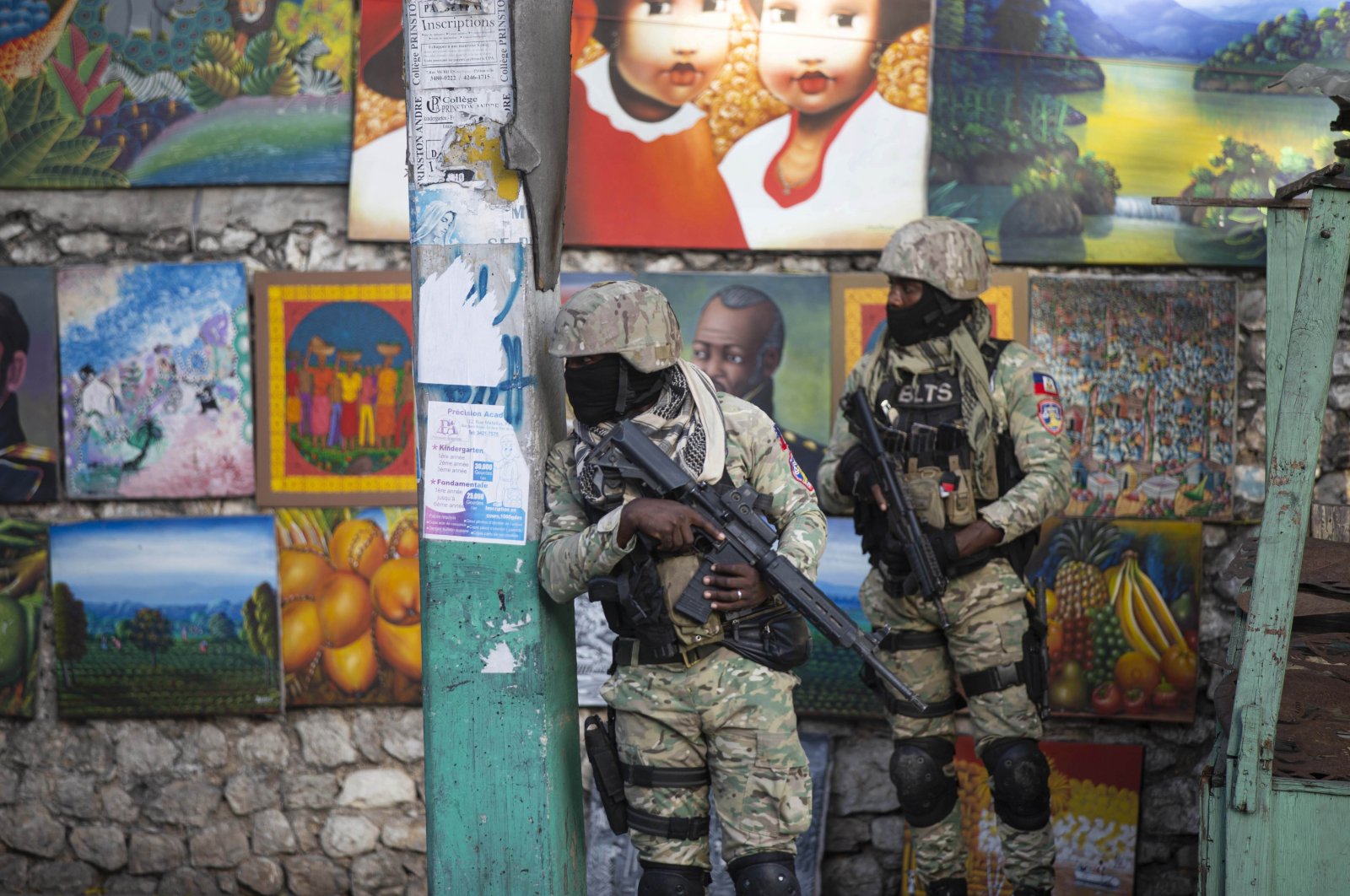 Finding people with military experience for a job in Haiti looked like a good opportunity for a small private security company with a history of dodging debts and declaring bankruptcy.

Antonio “Tony” Intriago, owner of Miami-based CTU Security, seems to have jumped at the chance, hiring more than 20 former soldiers from Colombia for the mission. Now the Colombians have been killed or captured in the aftermath of the July 7 assassination of Haitian President Jovenel Moise, and Intriago's business faces questions about its role in the killing.

On Wednesday evening, Léon Charles, head of the Haiti’s National Police, accused Intriago of traveling to Haiti numerous times as part of the assassination plot and of signing a contract while there, but provided no other details and offered no evidence.

A Miami security professional believes Intriago was too eager to take the job and did not push to learn details, leaving his contractors in the lurch. Some of their family members back in Colombia have said the men understood the mission was to provide protection for VIPs.

Three Colombians were killed and 18 are behind bars in Haiti, Colombia’s national police chief, Gen. Jorge Luis Vargas, told reporters in Bogota. Colombian diplomats in Haiti have not had access to them.

Vargas has said that CTU Security used its company credit card to buy 19 plane tickets from Bogota to Santo Domingo for the Colombian suspects allegedly involved in the killing. One of the Colombians who was killed, Duberney Capador, photographed himself wearing a black CTU Security polo shirt.

Nelson Romero Velasquez, an ex-soldier and attorney who is advising 16 families of the Colombians held in Haiti, said Wednesday that the men had all served in the Colombian military’s elite special forces and could operate without being detected, if they had desired. He said their behavior made it clear they did not go to Haiti to assassinate the president.

“They have the ability to be like shadows,” Romero Velasquez said.

The predawn attack took place at the president’s private home. He was shot to death and his wife wounded. It’s not clear who pulled the trigger. The latest suspects identified in the sweeping investigation included a former Haitian senator, a fired government official and an informant for the U.S. government.

Miami has become a focus of the probe. The city has long been a nest of intrigue, from being a CIA recruitment center for the failed Bay of Pigs operation to overthrow Cuban dictator Fidel Castro to being a key shipment point for Colombian cocaine in the 1980s. Its palm-fringed shores have also been a place of exile for people from Latin American and Caribbean countries when political winds blew against them at home, and where some plotted their returns.

Homeland Security Investigations, a U.S. agency responsible for investigating crimes that cross international borders, is also investigating the assassination, said a Department of Homeland Security official who spoke on condition of anonymity because he was not authorized to talk about the case. He declined to provide details.

The FBI says it is “providing investigative assistance” to Haitian authorities.

Intriago, who immigrated from Venezuela over a decade ago and participated in activities in Miami opposing the leftist regime in his homeland, did not respond to multiple requests for an interview.

He likes to be around powerful people and has posted photos on social media showing himself with them, including Colombian President Ivan Duque.

Duque's office on Monday disavowed any knowledge of Intriago, saying Duque was in Miami while campaigning for the presidency in February 2018. He posed for photographs with some of those in attendance, but Duque did not have any meeting or any ties with Intriago, the Colombian president's office said.

CTU lists two Miami addresses on its website. One is a shuttered warehouse with no signage. The other is a small office suite under a different name. A receptionist said the CTU owner stops by once a week to collect mail.

The company website says it offers "first-class personalized products and services to law enforcement and military units, as well as industrial customers.”

But it ducked paying some of those wholesale companies for their products. Florida records show Intriago’s company was ordered by a court to pay a $64,791 debt in 2018 to a weapons and tactical gear supply company, RSR Group. Propper, a military apparel manufacturer, also sued for nonpayment.

Alexis Ortiz, a writer who worked with Intriago organizing meetings of expatriate Venezuelans in the United States, described him as a “very active, skilled collaborator.”

Richard Noriega, who runs International Security Consulting in Miami, said he does not know Intriago personally but has been observing the developing situation. Noriega, who is also originally from Venezuela, believes Intriago was lured by the prospect of fast money and did not perform due diligence.

Putting himself in Intriago's shoes, Noriega said: “I'm coming out of a complicated situation — of work, of income, of money. An opportunity arises. I don't want to lose it."

Normally, a security company would seek all the details of an operation, to determine how many people to use and what level of insurance they would need. A priority would be to plan an escape route in case things go awry, he said.

“The first thing we (security professionals) have to take into account is the evacuation. Where will they exit? That's the first thing I do,” Noriega said.

But apparently that planning never happened, perhaps because the Colombians, or at least some of them, thought their mission was benign.

He said it does not seem logical that if the highly trained Colombians were there to kill the president, that they would not have had an escape route. Instead they were caught, some hiding in bushes, by the local population and police.

“It is very murky,” Noriega said.