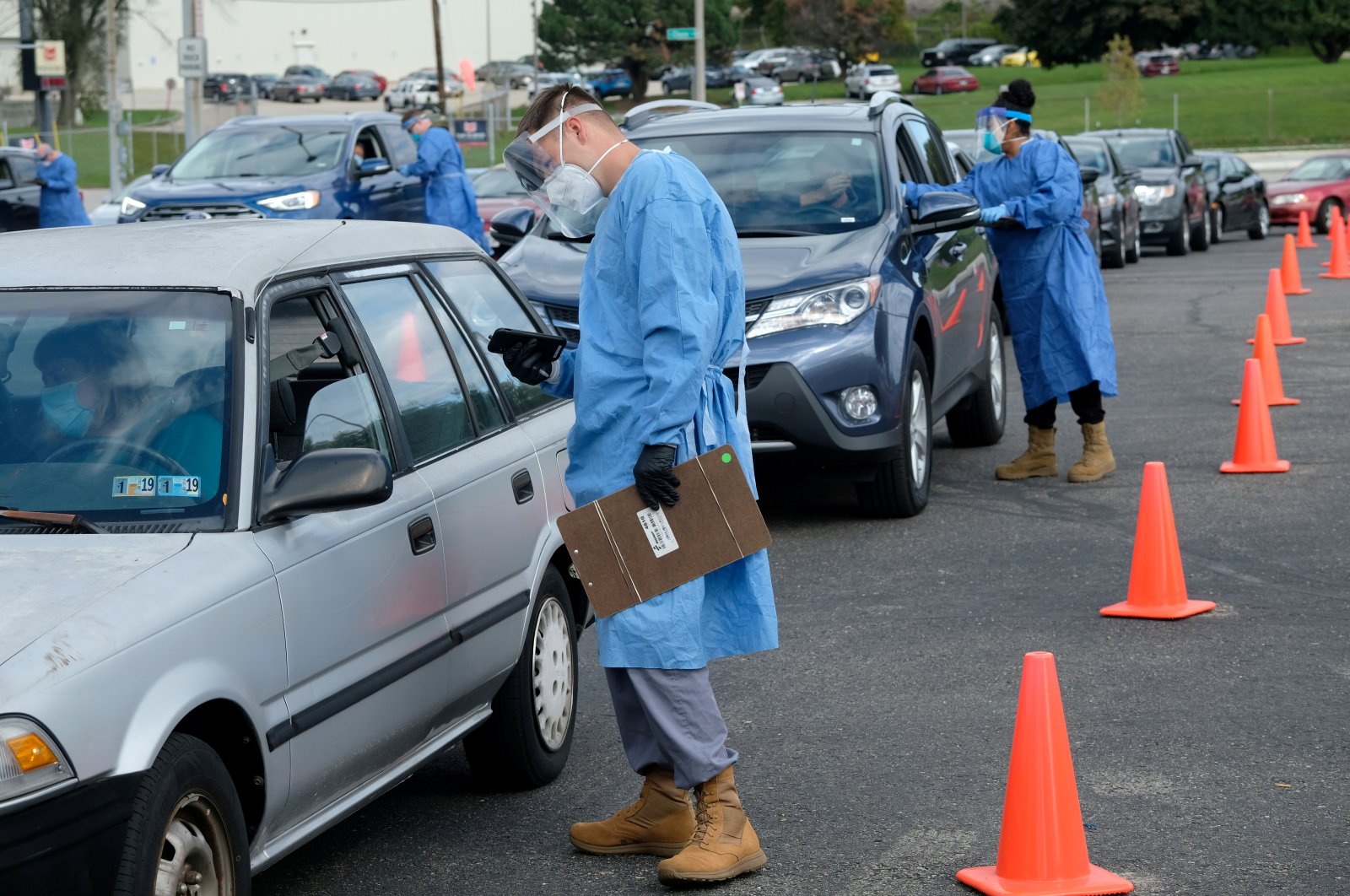 As winter approaches, fears over deadlier wave of coronavirus spike in the U.S. where more than 200,000 have died so far, with nine states already reported record daily rise in infections

With one of the world's highest death tolls, the United States continues to report record increases over the last seven days, mostly in the upper Midwest and West where chilly weather is forcing more activities indoors.

The pandemic is showing no signs of slowing down with more than 32 million infections detected worldwide with over 1 million deaths, leaving nations scrambling to contain new outbreaks.

Nearly 210,000 Americans have now died from COVID-19, making up one in five of global deaths. The country is reporting 42,600 new cases and 700 deaths on average each day, compared with 35,000 cases and 800 deaths in mid-September. Deaths are a lagging indicator and tend to rise several weeks after cases increase.

New York is one of only 18 states where cases have not risen greatly over the past two weeks, according to the analysis. However, New York City Mayor Bill de Blasio said Sunday he is moving to shut non-essential businesses as well as schools in nine neighborhoods, starting Wednesday. The lockdown would require the governor's approval.

Health experts have long warned that colder temperatures driving people inside could promote the spread of the virus. Daytime highs in the upper Midwest are now around 10 Celsius (50 Fahrenheit). Montana has reported record numbers of new cases for three out of the last four days and also has a record number of COVID-19 patients in its hospitals. Wisconsin has set records for new cases two out of the last three days and also reported record hospitalizations on Saturday. On average 22% of tests are coming back positive, one of the highest rates in the country.

Elsewhere in the world, India's death toll from the pandemic rose past 100,000 this weekend, only the third country in the world to reach that bleak milestone, after the U.S. and Brazil, with its epidemic showing no sign of slowing. India's COVID-19 case tally rose by 74,442 in the last 24 hours to 6.63 million on Monday morning, data from the health ministry showed. Last week, India further eased restrictions and permitted states to open schools and movie theatres.

Russia on Monday recorded a rise in COVID-19 cases close to its highest level in May but it has stopped, short of reimposing strict lockdown measures. With the fourth-highest number of cases in the global pandemic, Russia introduced harsh measures during the first outbreak of the virus including the closure of borders from March while Muscovites had to apply for electronic passes to travel around the city.

On Monday, the government confirmed 10,888 new cases, approaching the May 11 highest recorded level of 11,656. Of these, 3,537 were in the capital, the worst-hit city by far, where Mayor Sergei Sobyanin said Sunday there are "many seriously ill."

Deputy Prime Minister Tatiana Golikova said Friday that a sharp upturn in cases since late September was "serious" but added that "we expected this," the TASS state news agency reported. She cited people returning to workplaces and the rise in flu and pneumonia cases generally expected in autumn and winter.