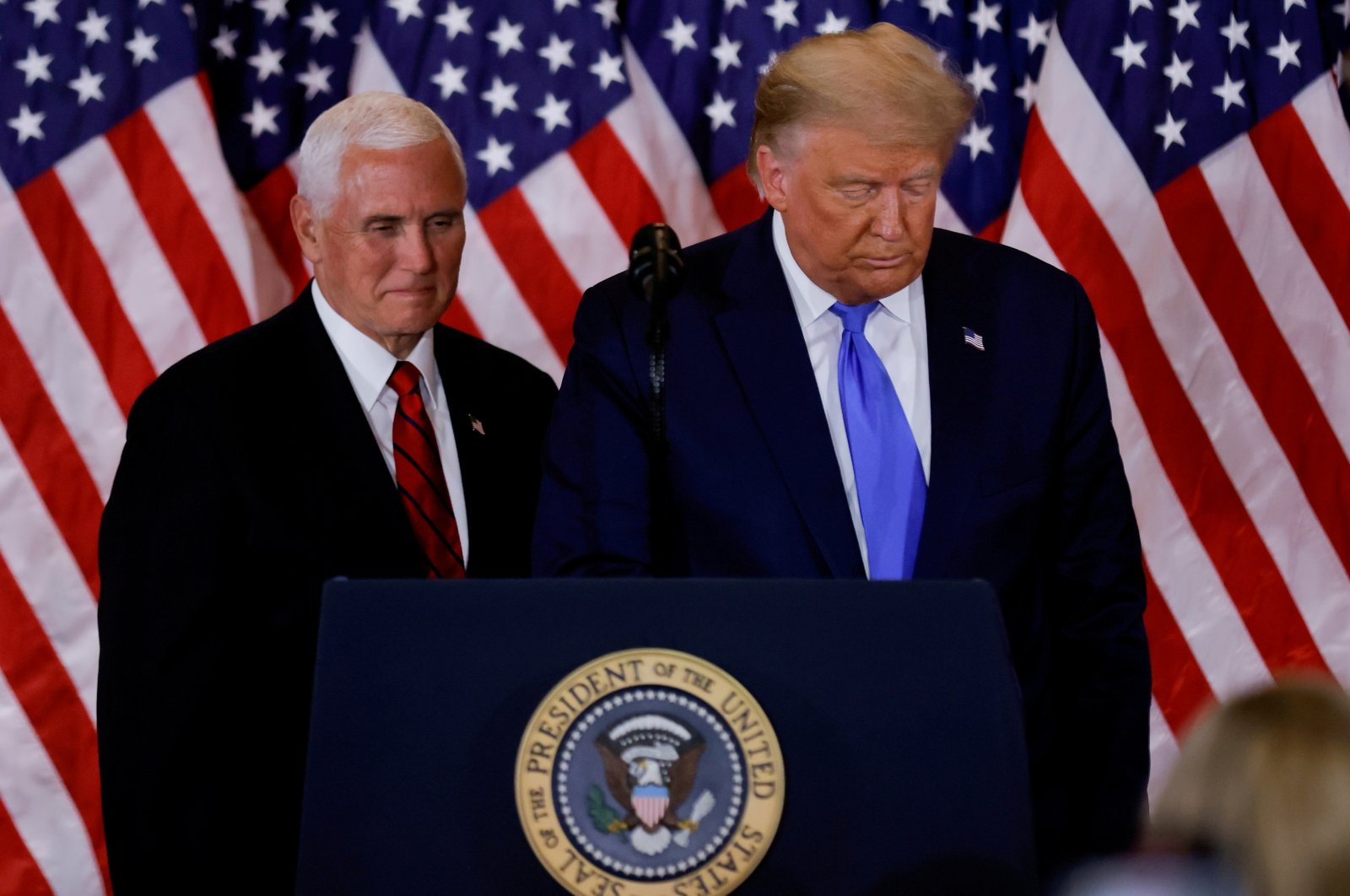 Bolstered by support from Vice President Mike Pence, who opposed ousting the U.S. president, Donald Trump on Tuesday denied responsibility for an assault on Congress by his supporters but now faces an all-but-certain second impeachment effort. With Republican backing for Trump eroding in the final days of his presidency, Pence served as an anchor, ruling out calls by Democrats to invoke the 25th Amendment in order to remove the president from office.

"I do not believe that such a course of action is in the best interest of our nation," Pence wrote in a letter to House Speaker Nancy Pelosi shortly before the House was set to vote on a measure calling on Pence to use the amendment to strip Trump of power. With that effort dead, Pelosi quickly announced her managers for the impeachment debate, the strongest signal yet that she is going ahead with a move to make Trump the first president in U.S. history to be impeached for a second time.

With eight days remaining in Trump's term in office, the House of Representatives was poised Wednesday to pass an article of impeachment accusing the Republican of inciting insurrection in a speech to his followers last week before pro-Trump supporters stormed the Capitol, leaving five dead and dozens injured.

In his first public appearance since last Wednesday's riot, Trump showed no contrition on Tuesday for his speech, in which he repeated his false claim that President-elect Joe Biden's victory was illegitimate. Biden will be sworn in as president on Jan. 20.

"What I said was totally appropriate," Trump told reporters as he left for a trip to the U.S.-Mexico border wall near Alamo, Texas, his first public foray since the assault on the Capitol. He dubbed his likely impeachment a "continuation of the greatest witch hunt in the history of politics."

And he warned that while "you have to always avoid violence," his supporters are furious. "I've never seen such anger," he said.

Democrats are all but sure to pass impeachment in the House. It seemed unlikely that the Republican-controlled Senate would be called into an emergency session to put Trump on trial before his term runs out on Jan. 20. However, significant cracks are appearing in the party that Trump has held in thrall for the last four years.

At a meeting to set the rules for Wednesday's impeachment vote, Democratic Rep. David Cicilline told the House Rules Committee that the impeachment drive had the support of 217 lawmakers – enough to impeach Trump. Cicilline said Trump "has had almost a week to do the right thing. He has refused to resign, he has failed to take responsibility, he has demonstrated no remorse."

The New York Times reported that the Republican majority leader of the U.S. Senate, Mitch McConnell, was said to be pleased about the Democratic impeachment push, suggesting Trump's party was looking to move on from him after last week's stunning attack on Congress. McConnell believes the impeachment effort will make it easier to purge Trump from the party, the Times said.

If Trump is impeached by the House, he would have a trial in the Senate to determine his guilt. A two-thirds majority of the Senate is needed to convict him, meaning at least 17 Republicans in the 100-member chamber would have to vote for conviction.

With Trump under fire, Pence has shown his loyalty. Although the vice president is reportedly furious about Trump's behavior last week, the two met at the White House Monday for the first time since the attack, signaling he remained committed to keeping the presidency limping along to the end. Still, with a string of Cabinet officials quitting the government – most recently the acting head of the Department of Homeland Security Chad Wolf on Monday – it's also clear that Trump's grip on power is tenuous.

The Republican-controlled Senate, however, is in recess until Jan. 19 and its leadership says there is no way to rush through an impeachment trial before Biden takes over the following day. This would mean that Trump, who was already acquitted in the Senate last year after his first impeachment trial, would not be forced out of office early. Not even all Democrats are gunning wholeheartedly for a trial, worried that this would overshadow Biden's first days in office. The new president will already face the challenges of an out-of-control COVID-19 pandemic, the stumbling vaccination program, a shaky economy and now the aftermath of violent political opposition from parts of Trump's huge voter base.