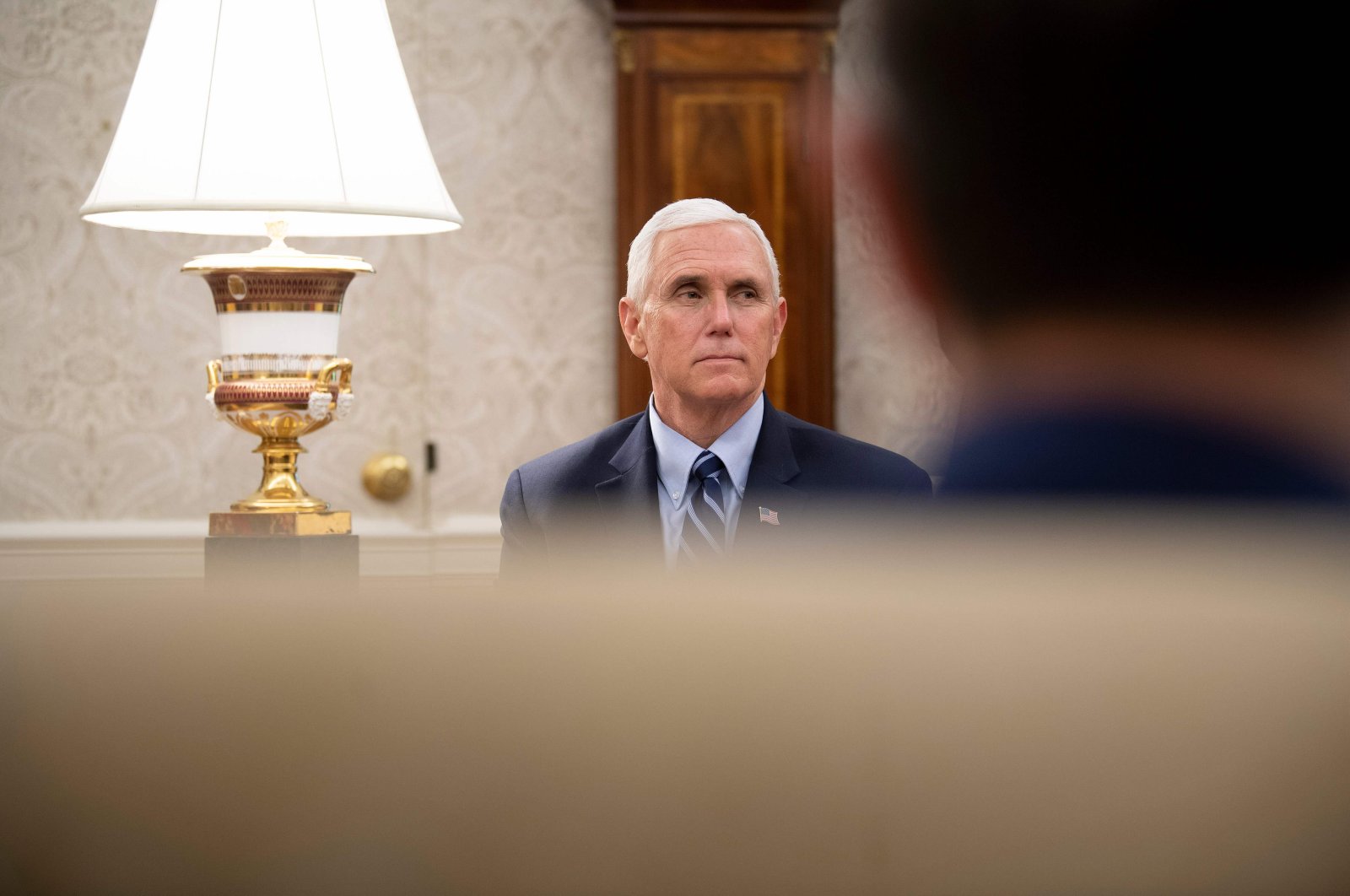 U.S. Vice President Mike Pence listens as Texas's Governor Greg Abbott and U.S. President Donald Trump speak to the press after a meeting in the Oval Office of the White House May 7, 2020, in Washington, DC. (AFP Photo)
by REUTERS May 08, 2020 7:18 pm
RECOMMENDED

A member of U.S. Vice President Mike Pence's staff has tested positive for the novel coronavirus, briefly delaying his Friday flight to Iowa and prompting some fellow passengers on Air Force Two to disembark, according to a White House official.

Pence's flight was delayed more than an hour on Friday morning and, according to press pool reports, passengers who were Pence staff members appeared to disembark before departure. It was not immediately clear whether the infected staffer had been aboard Air Force 2 on Friday morning.

The news heightens fears of contagion to top officials like Pence, who leads the coronavirus task force which oversees the federal response to the coronavirus crisis, and who has resumed a robust travel schedule despite a rising national caseload.

On Thursday, a White House spokesman said Pence and U.S. President Donald Trump tested negative for the novel coronavirus after a member of the U.S. military who works at the White House as a valet came down with the virus.

Pence was heading to Iowa on Friday to meet with faith leaders about holding "responsible" gatherings and to discuss the U.S. food supply at the headquarters for Midwestern grocery chain Hy-Vee Inc.

The coronavirus, which first surfaced in Wuhan, China late last year, has killed more than 75,000 Americans and upended life across the country as businesses closed down and laid-off workers under lockdown orders to slow its spread.