US won’t ‘roll over’ to Russia anymore, Biden vows 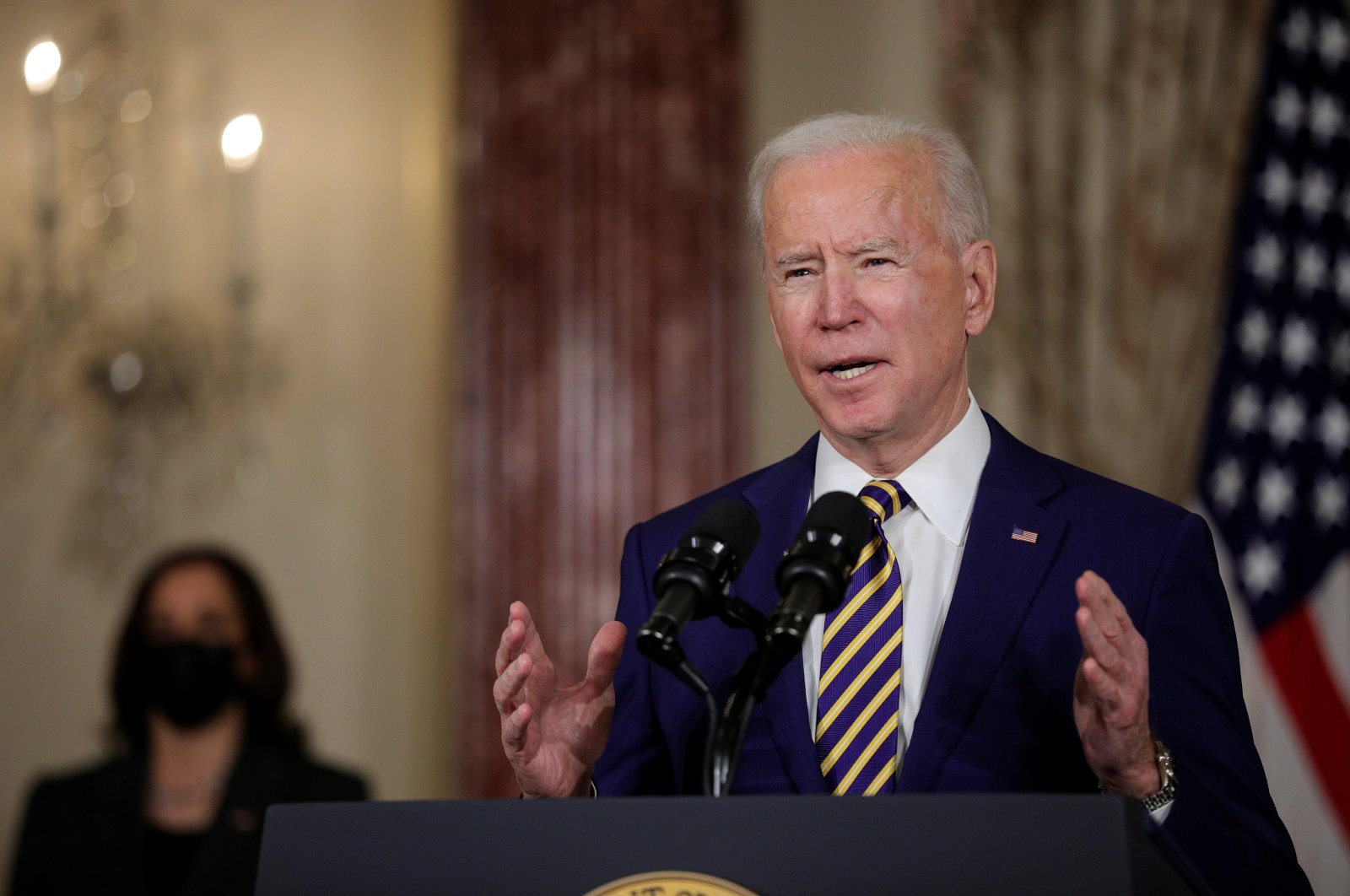 “I made it clear to President (Vladimir) Putin in a manner very different than my predecessor that the days the United States is rolling over in the face of Russia’s aggressive actions, interfering with our elections, cyberattacks, poisoning its citizens, are over,” U.S. President Joe Biden said in a harshly toned address late Thursday.

“We must also be engaging our advisories and our competitors diplomatically where it’s in our interest,” he said.

“The days US is rolling over in the face of Russia’s aggressive actions, interfering with our elections, cyberattacks, poisoning its citizens, are over," Biden sayshttps://t.co/cK1YpHNpNh pic.twitter.com/7BYN6qOUJ8

“The United States and Russia agreed to extend the START treaty for five years to preserve the only remaining treaty between our countries safeguarding nuclear stability,” he said, pointing to the Strategic Arms Reduction Treaty (START) that was extended in late January.

“We will not hesitate to raise the cost to Russia. We will be more effective in dealing with Russia,” Biden vowed.

“The politically-motivated jailing of Alexei Navalny and the Russian efforts to suppress freedom expression and peaceful assembly are deep concerns to us and the international community,” he said.

“Mr. Navalny, like all Russian citizens, are entitled to his rights under the Russian constitution. He’s been targeted for exposing corruption. He should be released immediately and without condition,” Biden concluded.

Police detained the 44-year-old Navalny at a Moscow airport on Jan. 17 as he arrived from Germany, where he had been recovering from exposure to a Soviet-designed nerve toxin.

A makeshift court at a police station ordered the anti-graft campaigner to be taken into custody until his trial on charges of violating the terms of a 2014 suspended sentence. Russian police have detained thousands of people so far, who protested against the jailing.

A Moscow rally is due to take place outside the headquarters of the Federal Security Service, Russia's main security agency, which Navalny says carried out the near-fatal poisoning attack on the orders of Putin.