Venezuela to reopen border with Colombia after almost 3 years 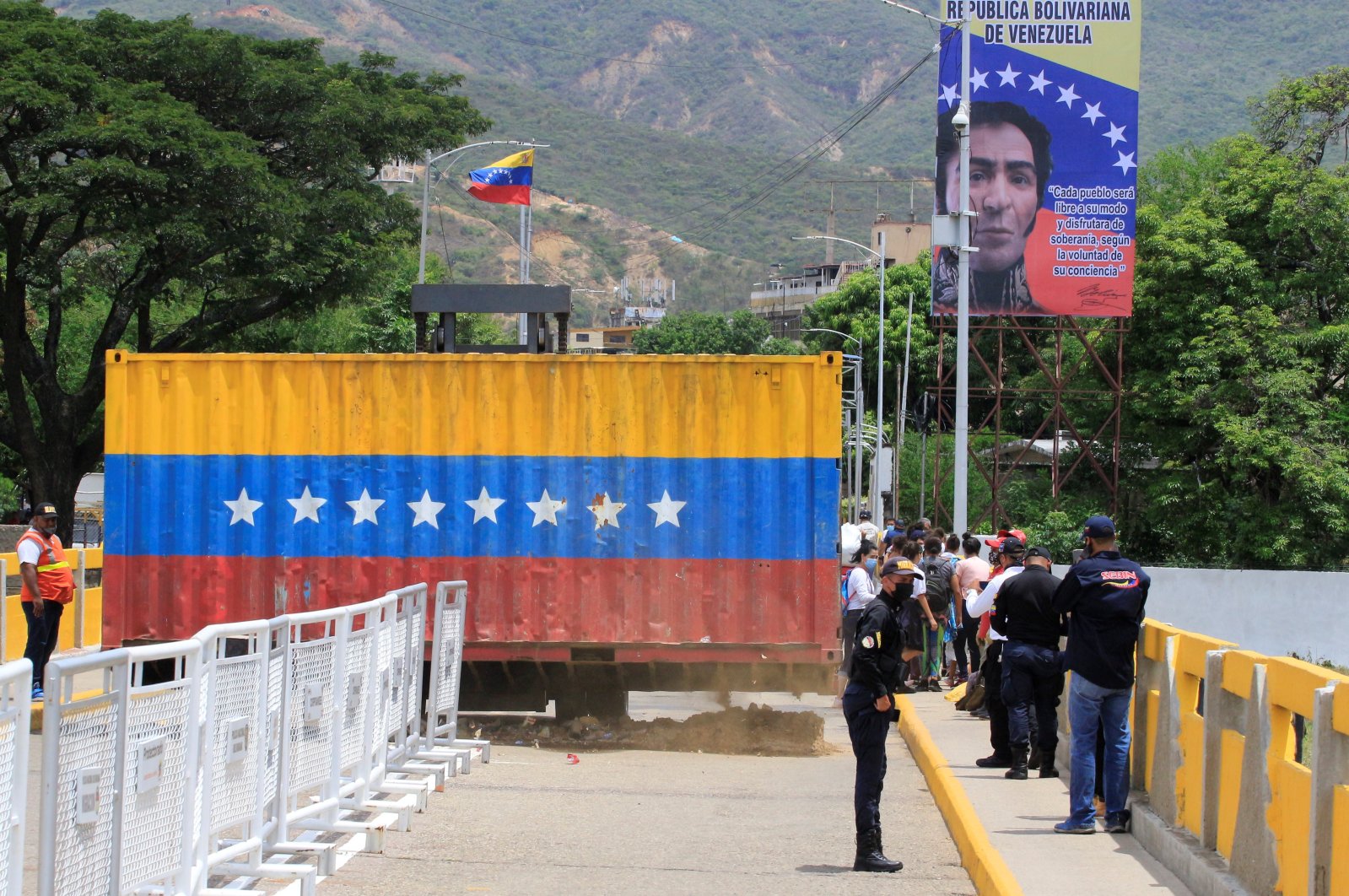 Authorities walk next to one of the containers that block the border crossing between Colombia and Venezuela, at the Simon Bolivar international bridge, in San Antonio del Tachira, Venezuela, Oct. 4, 2021. (EPA Photo)
by REUTERS
Oct 05, 2021 12:09 am

Venezuela closed the border in February 2019 as the Venezuelan opposition, backed by Bogota and Washington, attempted to bring humanitarian aid into the country via its land border with Colombia against the wishes of President Nicolas Maduro.

Venezuela is suffering from a multi-year, hyperinflationary economic collapse.

Venezuelan authorities at the time blocked the Simon Bolivar bridge, one of the main crossings between the two countries, with shipping containers reading "We want peace."

They said the attempted aid shipment was part of a Washington-backed plot to overthrow Maduro. The opposition and its allies accuse Maduro of rigging his 2018 re-election. Maduro, a socialist, says the election was clean and blames U.S. sanctions for Venezuela's economic crisis.

"Thinking of our people, in the brotherhood and cooperation between the people of Colombia and Venezuela, has taken the decision to open the crossing for commerce," Rodriguez said.

Trade between the two countries, which share a porous 2,219 kilometer (1,379 mile) border, once amounted to some $7 billion per year before the border closed, according to Freddy Bernal, a representative of Maduro's government in the western border state of Tachira.

Colombia's government closed the borders between the two neighboring South American countries in March of 2020 due to the coronavirus pandemic. It reverted that measure in June 2021, a move that had not been matched by Venezuela until now.

In a statement, Colombian President Ivan Duque said Maduro was pressured to open the border due to "democratic resistance," a reference to Venezuela's opposition. He said the reopening would be an "orderly process."