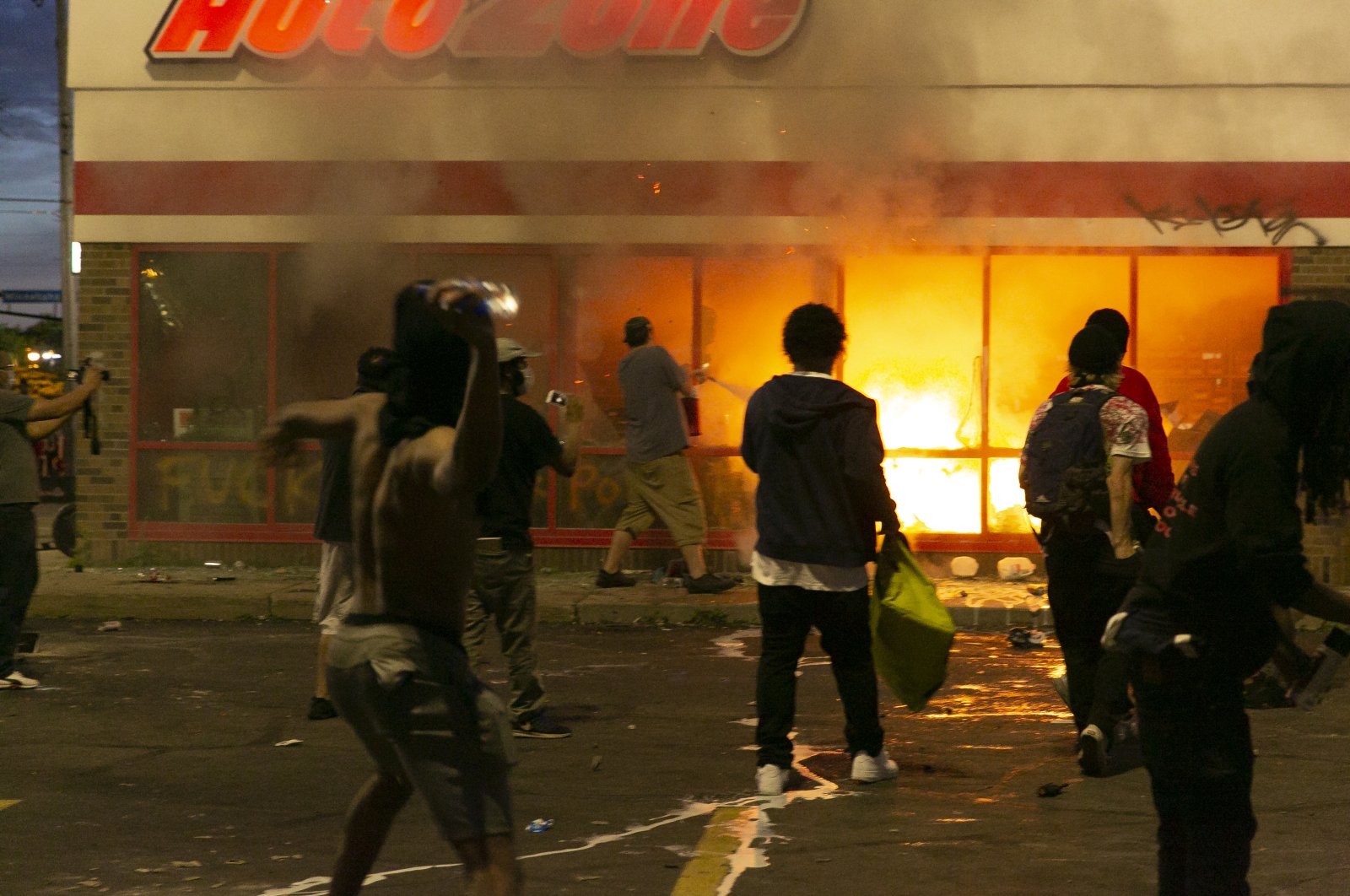 Demonstrators clashed with police, looted stores and set fires as a man was fatally shot in the U.S. city of Minneapolis Wednesday over the killing of a black man by a police officer.

Police fired tear gas and formed a human barricade to keep protesters from climbing a fence surrounding the Third Precinct, where the officers accused of killing George Floyd worked before they were fired on Tuesday. They pushed protesters back as the crowd grew, a day after firing rubber bullets and more tear gas on thousands of demonstrators angered by the latest death of an African-American at the hands of U.S. law enforcement.

Outrage has grown across the country at Floyd's death Monday, fueled in part by bystander cellphone video which shows him, handcuffed and in the custody of four white police officers, on the ground while one officer presses his knee into the victim's neck. Experts on police use of force told The Associated Press (AP) that the officer clearly restrained the man too long. They noted the man was under control and no longer fighting. Andrew Scott, a former Boca Raton, Florida, police chief who now testifies as an expert witness in use-of-force cases, called Floyd's death “a combination of not being trained properly or disregarding their training.”

“He couldn’t move. He was telling them he couldn’t breathe, and they ignored him," Scott said. "I can’t even describe it. It was difficult to watch.”

It immediately drew comparisons to the case of Eric Garner, an unarmed black man who died in 2014 in New York after he was placed in a chokehold by police and pleaded for his life, saying he could not breathe. His death helped spark the nationwide Black Lives Matter movement.

The death came amid outrage over the death of Ahmaud Arbery, who was fatally shot Feb. 23 in Georgia after a white father and son pursued the 25-year-old black man they had spotted running in their subdivision. More than two months passed before charges were brought.

All body camera footage in the Minneapolis case was turned over to the Minnesota Bureau of Criminal Apprehension, and the agency asked to speak with anyone who saw the arrest or recorded video. The officers involved have been put on paid administrative leave, per department protocol. The agency said the officers' names will be released after initial interviews with the people involved and witnesses.

The FBI is conducting a separate federal civil rights investigation, at the request of Minneapolis police, the BCA said. Messages left with the FBI were not immediately returned. The American Civil Liberties Union was among many organizations calling for the officers to be held accountable. “You can’t watch this appalling video posted by brave eyewitnesses on social media without seeing police officers’ callous disregard for a black man’s life," ACLU of Minnesota Executive Director John Gordon said, calling the death "both needless and preventable."