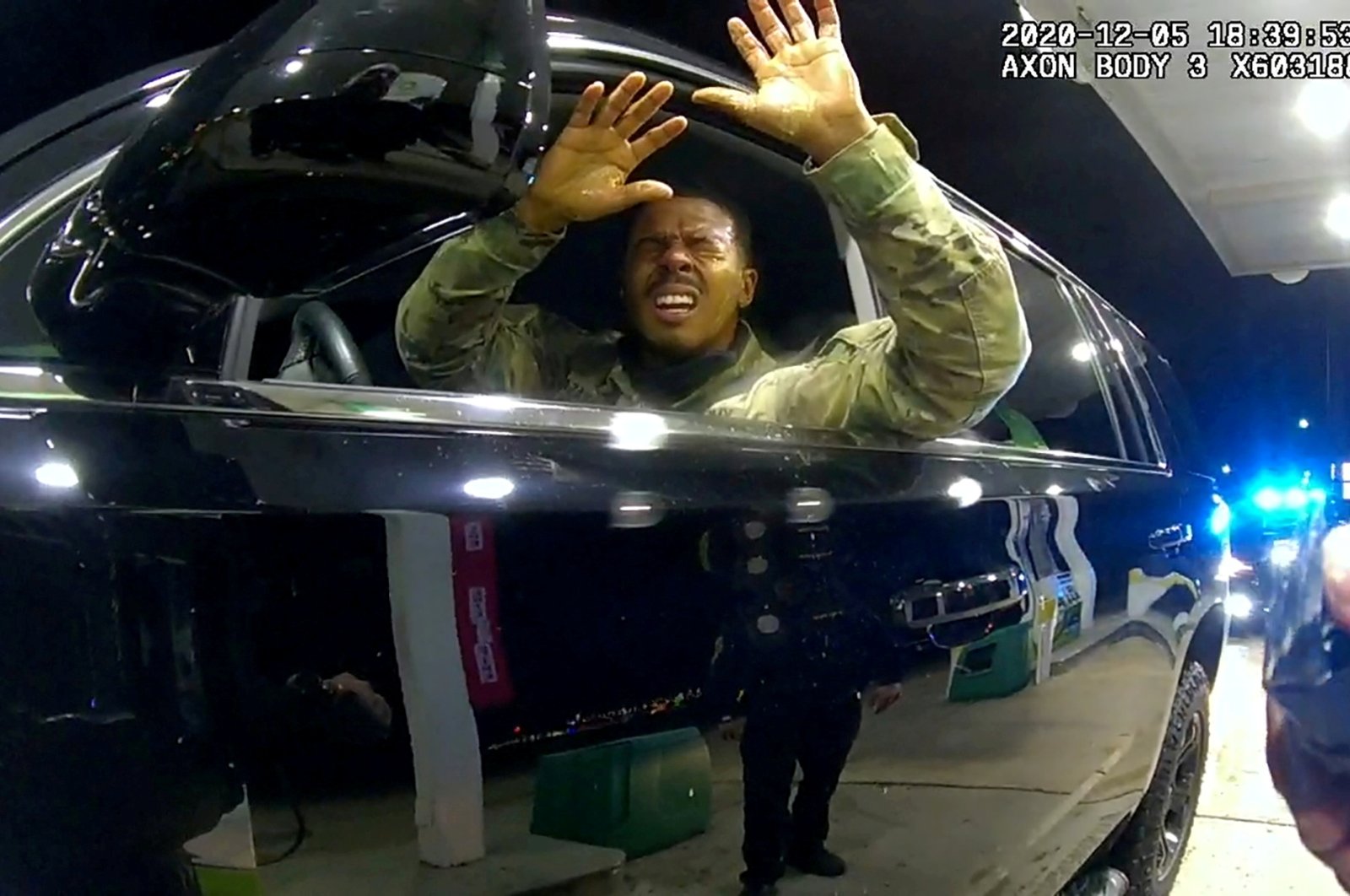 U.S. Army 2nd Lieutenant Caron Nazario reacts as he holds up his hands after being sprayed with a chemical agent by Windsor police officer Joe Gutierrez during a violent traffic stop at a gas station in a still image from Gutierrez's body camera taken in Windsor, Virginia, the U.S., Dec. 5, 2020. (REUTERS Photo)
by French Press Agency - AFP Apr 12, 2021 6:43 pm
RECOMMENDED

Footage of a black army officer being detained at gunpoint and pepper-sprayed in the face in Virginia has led to the firing of a police officer as the state's governor to promised a full investigation Sunday.

Lieutenant Caron Nazario, who is black and Latino, repeatedly asked what he had done wrong and said, "This is really messed up," as two police officers holding guns demanded he get out of his car.

Wearing his military uniform, Nazario was driving a newly bought SUV in the small Virginia town of Windsor last December when the officers ordered him to pull over because he did not have permanent license plates, news reports said.

The police accused him of not cooperating before blasting him with pepper spray and forcing him to the ground.

Virginia Governor Ralph Northam said in a statement he had instructed police to conduct an "independent investigation" into the incident, which he said was "disturbing and angered me."

A separate statement from Windsor authorities on Sunday said that one of the officers involved had been fired after an internal investigation showed that police procedure was "not followed" during the incident.

The Washington Post said that Nazario, a health administration officer with the Virginia National Guard, was driving home on Dec. 5 when he was pulled over.

Footage from the officers' bodycams and Nazario's phone spread rapidly over the weekend after Nazario filed a lawsuit on April 2 seeking $1 million in damages.

He was released without charge after the incident.

The lawsuit reportedly claims police threatened to end his military career if he spoke out about the officers' conduct.

"We must keep working to ensure Virginians are safe during interactions with police, the enforcement of laws is fair and equitable and people are held accountable," Northam said.

Police in the United States have been hit with multiple allegations of racism and misconduct, including over the death of George Floyd in Minneapolis last year in a case that attracted international outrage.

A police officer is currently on trial over the 46-year-old black man's death, facing charges of manslaughter and murder.