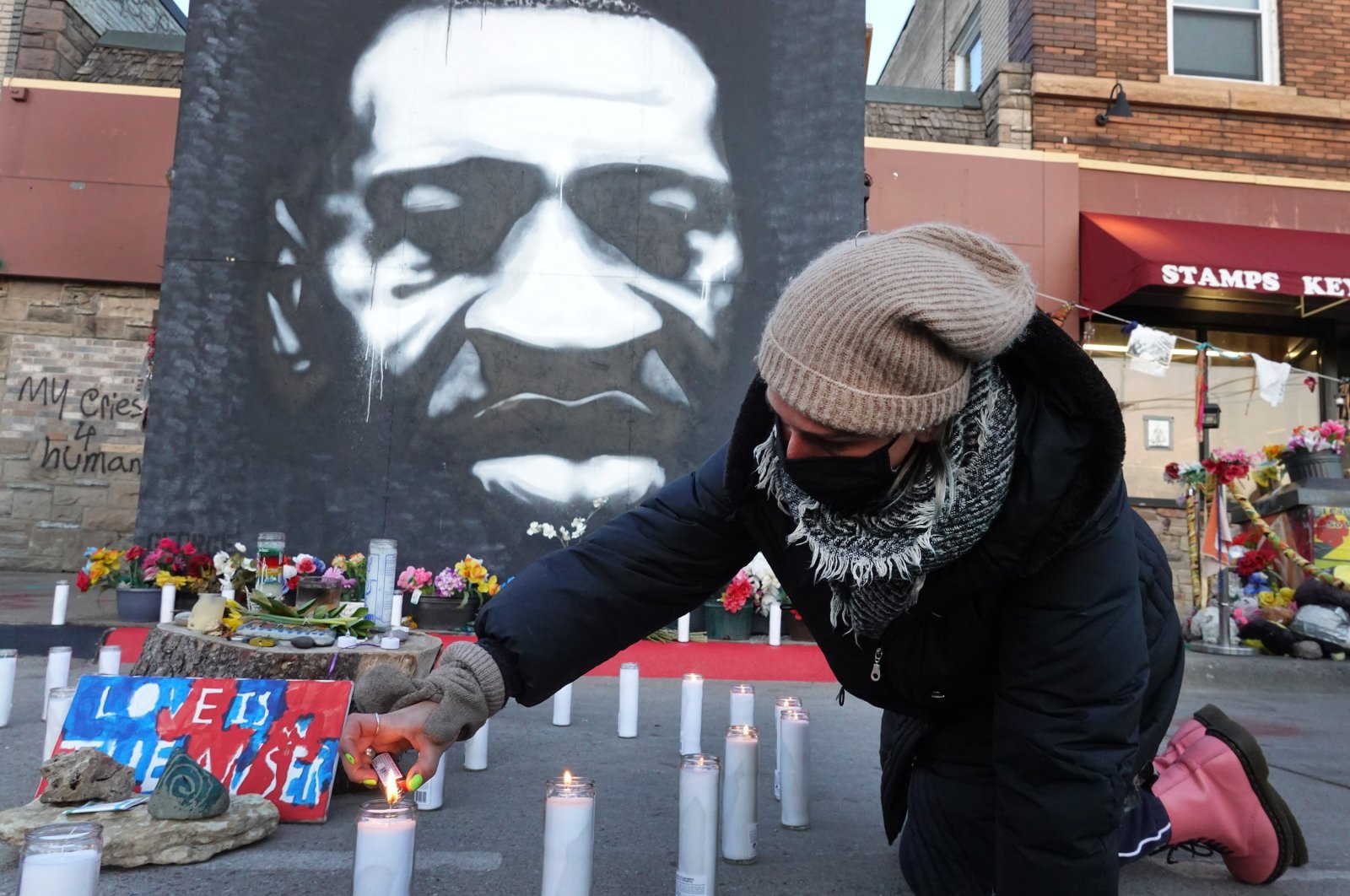 George Floyd must receive justice, his family said ahead of opening arguments Monday in the trial of the white police officer accused of killing the black man, whose agonizing death ignited protests against racism and police brutality across the United States and around the world.

"I have a big hole right now in my heart. It can't be patched up... I need justice for George. We need a conviction," Floyd's brother Philonise told reporters in Minneapolis Sunday.

Derek Chauvin, a veteran of the Minneapolis Police Department, faces murder and manslaughter charges for his role in the May 25, 2020 death of the 46-year-old Floyd. Chauvin, 44, who was fired from the police force along with three other officers, could be sentenced to up to 40 years in prison if convicted of the most serious charge – second-degree murder.

"I have faith that he will get convicted," Philonise Floyd said Sunday.

Floyd's cause of death is expected to be the central issue in the case, and a key piece of evidence is likely to be the bystander-filmed video of his death that went viral and triggered a summer of anti-racism protests.

Chauvin was seen in the video kneeling on Floyd's neck for nearly nine minutes while arresting him for allegedly passing a counterfeit $20 bill. While lying with his face in the street, the handcuffed Floyd complains that he cannot breathe and calls out for his mother.

Chauvin's attorney, Eric Nelson, is expected to argue that the officer was following police procedure and claim that Floyd's death was due to an overdose of the drug fentanyl and underlying health conditions.

Ben Crump, a lawyer for the Floyd family, said Sunday that the defense would attack Floyd's character in hope that "you forget what you saw on that video."

Opening arguments began at 9 a.m. Central time (2 p.m. GMT) in a heavily guarded Minneapolis courtroom for a trial being closely watched around the world. Proceedings are expected to last about a month.

Fifteen jurors have been selected, though Hennepin County Judge Peter Cahill is expected to drop one juror on Monday and proceed with 12 and two alternates. The panel seated after two weeks of jury selection is racially mixed: six white women, three black men, three white men, two mixed-race women and one black woman.

Police officers are rarely convicted in the U.S. when charges are brought against them. A conviction on any of the charges – second-degree murder, third-degree murder or manslaughter – will require the jury to return a unanimous verdict.

The public has been banned from attending the trial because of the COVID-19 pandemic, but it is being livestreamed. The identities of the jurors will not be revealed until after the trial but some details are known.

They range in age from their 20s to their 60s and include a chemist, a social worker, an accountant and a nurse. Two are immigrants to the U.S. One is a grandmother, one is recently married and one is a single mother of two teenage boys.

The jury selection process was complicated by the intensive pre-trial publicity surrounding the case and all but one of the jurors said they had seen at least some of the arrest video.

Several potential jurors were excused after telling the judge they could not be fair or impartial or presume Chauvin to be innocent as the law requires them to do. Others expressed concern for their safety.

Nelson, Chauvin's attorney, asked to have the trial delayed and moved out of Minneapolis because of the March 12 announcement that the city had reached a $27 million "wrongful death" settlement with the Floyd family.

Judge Cahill rejected the demand, saying, "I don't think that there's any place in the state of Minnesota that has not been subjected to extreme amounts of publicity on this case."

Three other former police officers – Tou Thao, Thomas Lane, and J. Alexander Kueng – also face charges in connection with Floyd's death. They are to be tried separately later in the year.

The trial is a referendum on American justice and equality, a Floyd family lawyer said Monday.

"Today starts a landmark trial that will be a referendum on how far America has come in its quest for equality and justice for all," said Ben Crump, a civil rights lawyer. "The whole world is watching."

Opening arguments begin in Minneapolis on Monday in the trial of Derek Chauvin, the police officer accused of killing Floyd, a 46-year-old Black man.