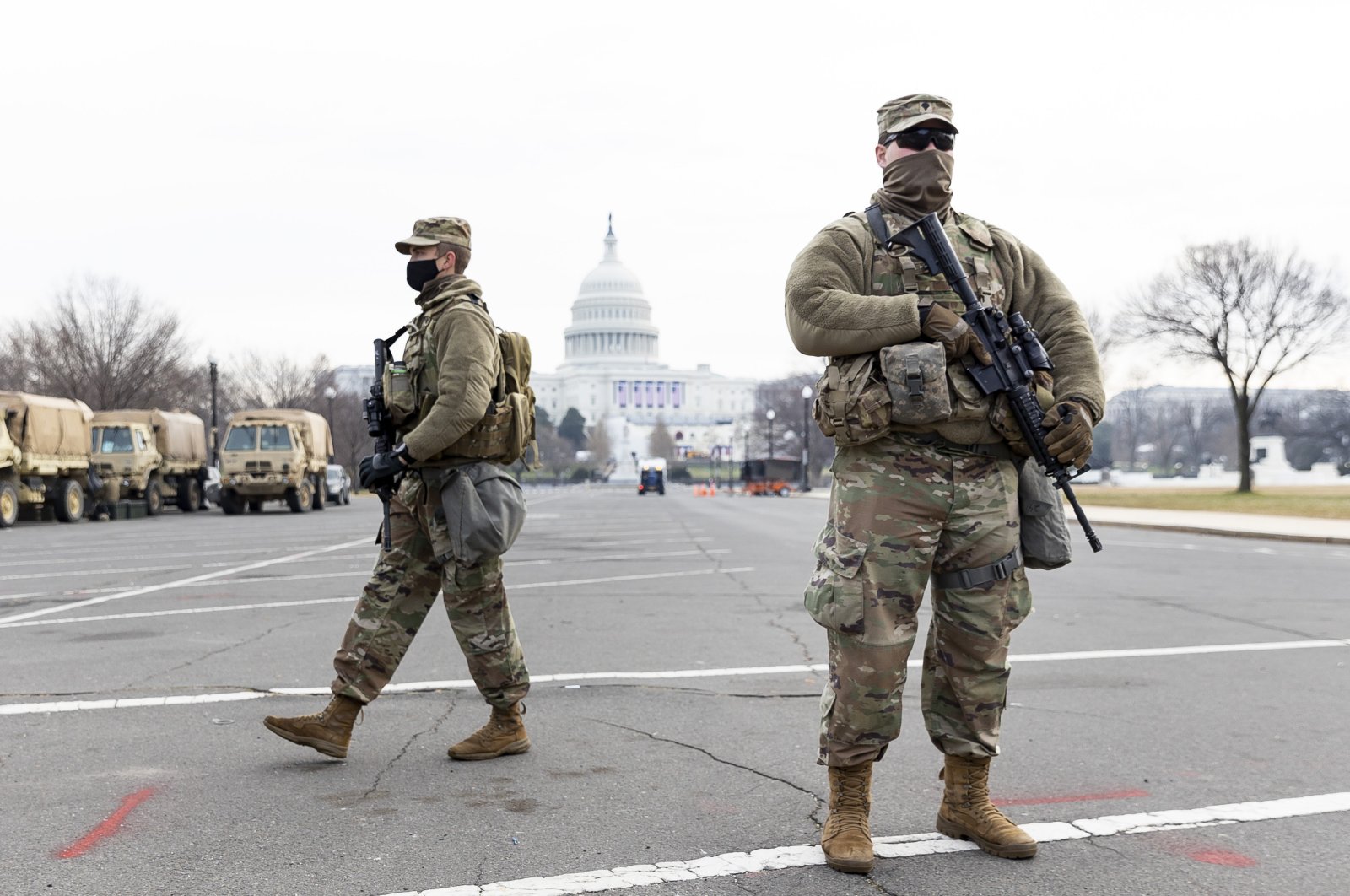 The center of Washington was on lockdown Thursday as more than 20,000 armed National Guard troops were being mobilized due to security concerns ahead of the presidential inauguration of Joe Biden.

Washington Police Chief Robert Contee said the US capital was facing "a major security threat", one week after supporters of outgoing President Donald Trump stormed the US Capitol to try to block Biden's confirmation as election winner.

A day after Trump was impeached in Congress for allegedly supporting that attack, more barriers were being erected and razor wire laid Thursday as part of precautions ahead of the January 20 event.

Most of downtown Washington was off limits to traffic, with one journalist comparing it to Baghdad's high-security "Green Zone."

The Secret Service, in charge of security, was weighing a likely unprecedented shutdown of the entire National Mall, the grassy spread normally where hundreds of thousands gather to celebrate the inauguration of a new president.

Instead, security officials are warning that extremist Trump supporters, armed and possibly with explosives, pose a dangerous threat to Washington as well as state capitals over the coming week.

In steps not seen since after the September 11, 2001 national alerts, an internal FBI bulletin warned that an armed group planned to "storm" government offices in all 50 states to protest Biden, ABC News reported.

"The FBI received information about an identified armed group intending to travel to Washington, DC on 16 January," the bulletin added.

The New York Times reported that the FBI has told police departments around the country to stay alert for extremist activity and pass on intelligence.

Peter Meijer, one of 10 House Republicans who voted with Democrats on Wednesday to impeach Trump for supporting "insurrection," said he and other lawmakers were taking precautions like acquiring body armor.

"I have colleagues who are now traveling with armed escorts out of the fear for their safety," he told MSNBC. "Our expectation is that someone may try to kill us."

The potential threat was underscored earlier this week with the discovery that one of those arrested for taking part in the January 6 attack on the Capitol had weapons and ammunition for an assassination-type attack.

Court documents said Cleveland Grover Meredith had two guns, one with a telescopic sight, and around 1,000 rounds.

Another man was arrested with four guns and 11 Molotov cocktails in his truck.

Police are still searching for a man who planted two pipe bombs near the Capitol on June 6.

On Tuesday police in Chicago arrested a man who weeks ago phoned in threats against Biden.

Officials have urged people to stay home rather than celebrate the inauguration.

Hotels in the center of the US capital city were closing their doors, and Airbnb cancelled reservations for visitors to Washington during the period.

In several states, National Guard were also called out to prepare security for the January 16-20 period.

Washington State, Michigan and others said they were concerned about possible far-right violence.